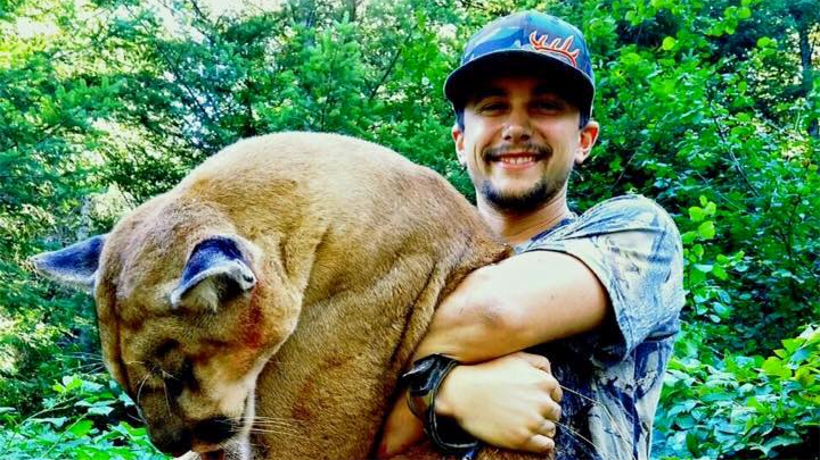 When you bugle for elk or use an elk cow call, you expect a response – from an elk. Last weekend, an Oregon bowhunter got the surprise of a lifetime when he used an elk cow call and a mountain lion appeared, apparently after the cow elk he thought he’d heard.

Fortunately for bowhunter Rudy Strong, his quick aim left him with the victorious harvest of a 150 lb. mountain lion – a rare success for any hunter, let alone one using a bow. Strong ended up shooting three arrows; the first two missed the mark as the mountain lion lunged.

“It’s amazing how fast they can move,” says Strong. Strong says that the mountain lion was only 15 yards away before it made its attack, most likely getting that close to Strong because “the wind was in my face.”

Any hunter that harvests a mountain lion must report the kill to the Oregon Department of Fish and Wildlife so that biologists can track the animals throughout the state. Strong’s mountain lion was about four years old. According to The Oregonian, most mountain lions are killed in the “open forests and mountains east of the Cascades” not the “dense brush and heavy timber” found in the western portion of the state where Strong was hunting.

Like many elk hunters, Strong also had a mountain lion tag, which means that his kill was legal. He might not have gotten the elk he’d been hoping for, but he ended up with an interesting story, a successful hunt, and unique meat for the freezer. While mountain lion meat might not be for everyone, Strong says that he’s “looking forward to eating it."

Congratulations, Rudy Strong, on such a surprising success!