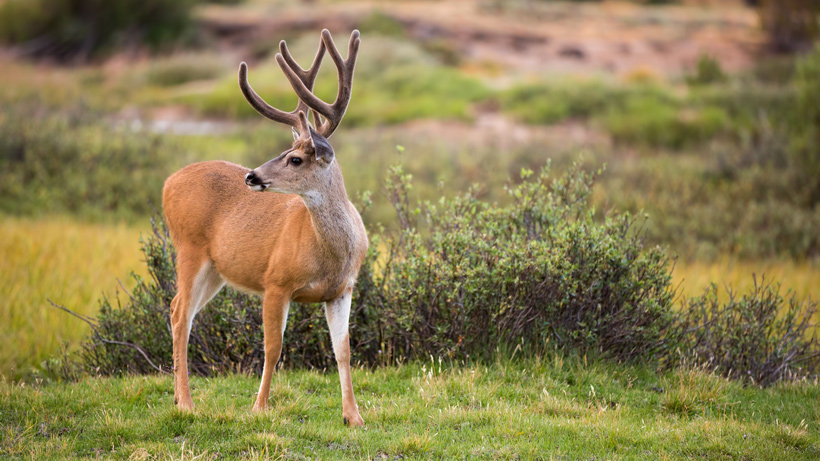 Oil and gas development in the West can be a touchy subject, especially when wildlife migration corridors are involved. Recently, the U.S. Bureau of Land Management (BLM) removed three parcels of land from a proposed oil and gas lease sale in the Red Desert to Hoback mule deer corridor in Wyoming, which is where one of the longest mule deer migrations was ever recorded, according to the Wyoming Migration Initiative. While some believe this is a good decision, others say it’s not enough, the Sundance Times reports.

Groups like the Sweetwater County Commission, Wyoming Wildlife Federation and Wyoming Wilderness Association requested that sensitive areas like the Red Desert to Hoback mule deer corridor not be part of oil and gas leases. After evaluating 394 parcels “nominated for the sale,” BLM decided to delete or defer “44 entire parcels and portions of 31 other parcels due to resource conflicts and environmental issues,” with three of the parcels (nearly 5,000 acres in total) “being deferred because they are largely located in the mule deer corridor,” according to the Sundance Times.

While this seems like a lot of acreage, Wyoming Wilderness Association’s wildlands community organizer Shaleas Harrison says it’s not enough.

“Three entire parcels? Really?” said Harrison. “This is greenwashing. Wyoming residents should not be fooled by this attempt to mute the masses. (U.S. Secretary of the Interior Ryan) Zinke may speak about conservation and hunting values, but his words are hyperbole. Five-thousand acres does not amount to much when there are over 1 million acres up for lease this fall and winter.

“Wyoming’s wildlife and open spaces are threatened, and we need to do something about it.”

Harrison says that Wyoming Game and Fish Department (WGFD) officials have “been complicit in this process” and that “[t]hey fail to mention to the BLM their own guidelines regarding energy development in crucial winter range, and hundreds of thousands of acres of lease sales are open in these areas.”

However, WGFD Communications and Outreach Supervisor Rebekah Fitzgerald says that WGFD has been “involved in every step we can be to review the proposed BLM oil and gas leases” and once the parcels are leased WGFD “will have the opportunity to review the operator’s Environmental Assessment to again verify our recommendations have been applied.”