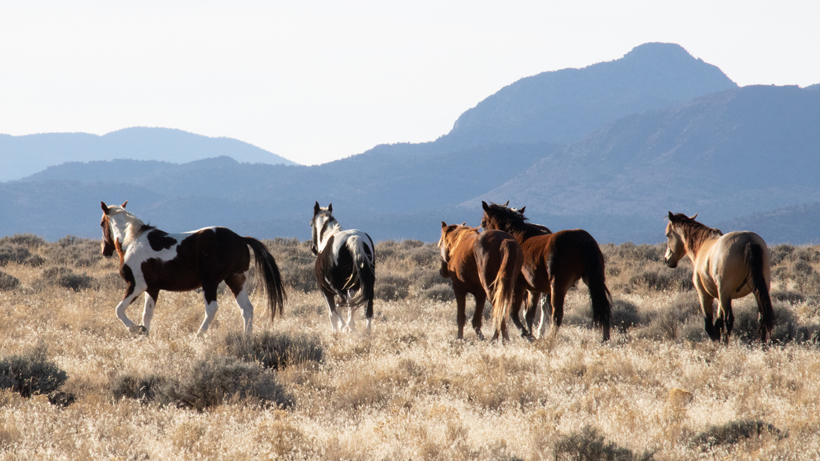 According to a recent Bureau of Land Management (BLM) report, as of May 8, there were 95,000 wild horses in the West, which is 68,000 more than the landscape can sustain. That number coupled with the rapid population growth within wild horse herds has resulted in BLM’s decision to remove 12,000 horses. Based upon the current number of horses and the potential growth rate, BLM predicts that by 2040, there will be 2.8 million horses on the same amount of land, KSL News reports.

“They can grow pretty rapidly — 15-20% a year, which means a herd can double in size every four to five years, triple every six years … and it can overwhelm the resources that are available to them out on the mostly in the high desert,” said Jason Lutterman, spokesperson for BLM’s Wild Horses and Burro Program.

BLM has already started to remove the horses from public land across the West with “thousands of more animals to be captured this summer,” according to KSL News. Relocated horses are moved to pastures in both the West and Midwest where they can either spend the rest of their lives or be adopted. Lutterman says there are currently about 50,000 in those facilities and BLM’s recent report “anticipates upwards of 220,000 animals in the next decade.”

However, while the removal may be necessary, wild horse advocates like the American Wild Horse Campaign and the Cloud Foundation are vocal in their opposition to BLM’s plans, arguing that the use of helicopters for the roundups are “inhumane” and can cause some of the horses to die.

"The BLM is doubling down on the most outdated, inhumane, and ineffective approach to wild horse management possible. If Congress doesn’t act to halt it, the BLM’s newest mass roundup initiative will push the federal Wild Horse and Burro Program over a fiscal cliff, resulting in the mass slaughter and destruction of America’s cherished wild horse and burro herds," said Suzanne Roy, campaign director of the American Wild Horse Campaign.

Wild horses are considered nonindigenous to the West and have no natural predators. Without roundups and management, numbers would be out of control, damaging habitat, riparian areas and desert ecosystems.

“It’s really important to try and keep those populations at the level that the land can support so that it’s sustainable and long,” Lutterman said, “and populations can live out there long term, and they aren’t continually degrading the resources that they themselves need.”