Bison get more room to roam in South Dakota 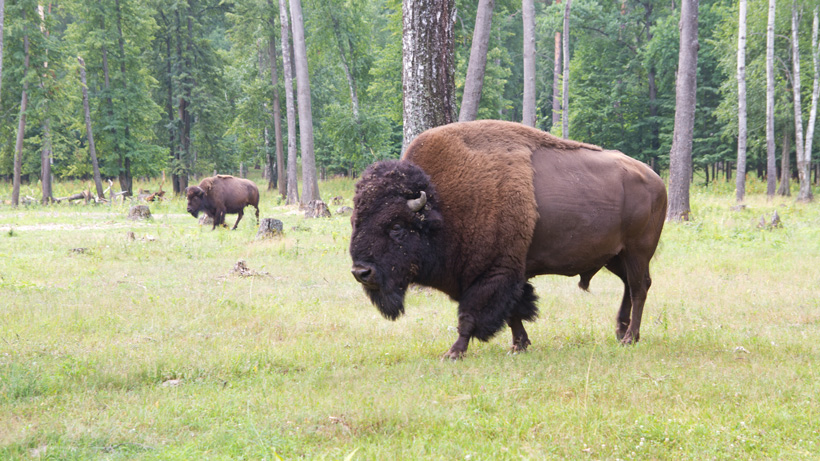 Bison have more room to roam thanks to a newly expanded range at Badlands National Park in South Dakota. The National Park Service announced the project late last week, which adds about 35 square miles of habitat for the bison to use, the Rapid City Journal reports.

“This effort is a model for how we can succeed in the conservation of species, of wildlife, of culturally important animals,” said Raymond Sauvajot, associate director of the National Park Service.

The announcement took place at the Pinnacles Overlook where four bison symbolically “jumped from a trailer” to the new part of their range, ending “a 142-year absence of bison” from that area, according to Badlands Superintendent Mike Pflaum.

The extension is part of a longer conservation project that included a land exchange with the Don Kelly ranch family to open up part of the North Unit in order to allow the park’s 1,200 bison a clear migration route to the central part of the unit. According to the Rapid City Journal, the park’s “rugged topography” didn’t create a “convenient place” for bison to migrate, which is why the land swap occurred in 2014.

Charitable organizations and other supporters like the National Park Foundation, the World Wildlife Fund, Defenders of Wildlife, The Nature Conservancy, Badlands Natural History Association and the Badlands National Park Conservancy came together to provided $743,000 in funding for park projects that benefited the bison. Coupled with an additional $475,000, which came from the National Park Service Centennial Challenge Fund, park officials were able to build 43 miles of fence inside the park as well as install three cattle guards, which resulted in “increasing the bison range by 22,000 acres to a total of 80,193 acres” within the park.

“It is an amazing model of collaborative conservation, of coming together to achieve these important common goals,” said Sauvajot.