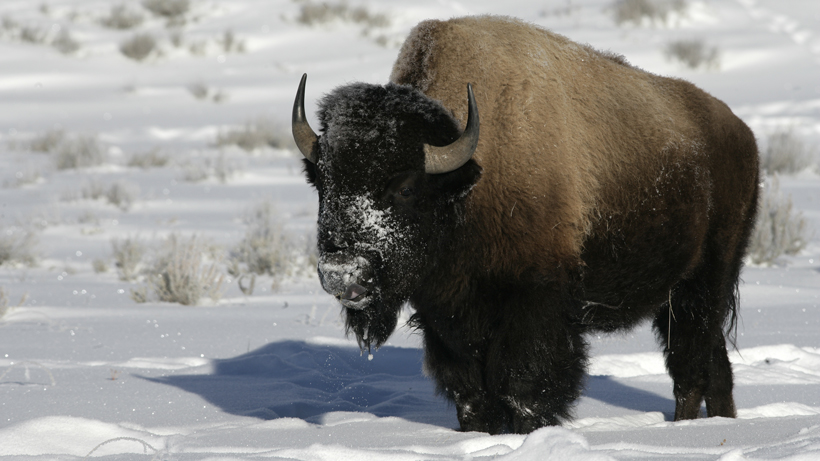 The controversial Yellowstone National Park bison cull is underway as park officials attempt to thin herds in an effort to maintain a sustainable number of animals. With about 4,900 bison in Yellowstone, officials plan to remove 600 to 900 animals – a number recommended by the Interagency Bison Management Plan (IBMP) partners last December, the National Parks Traveler reports.

Because bison populations continue to increase by 10 to 17% per year, annual culls are necessary to keep herds healthy and provide enough space for bison to roam, according to Yellowstone’s website. Bison are not threatened by predators like bears and wolves because of their size, leaving management of the increasing populations up to park officials. Further, while bison hunting is an option, “hunting outside of the park has not been effective….because concentrated hunting pressure along the park boundary often causes bison to return” to the park where hunting is not permitted.

Agency officials began the cull last Sunday “when bison started to move out of the park into the Gardiner Basin just to the north of Montana” and plan to continue the effort through late March, according to the National Parks Traveler. To do this, they are using three methods:

Captured bison will be held in the Stephens Creek administrative area that is closed to the public year-round. This area includes park corral operations, equipment storage, a native plant nursery and capture and quarantine facilities, according to the National Parks Traveler.

Very frustrating to put in for tags with 2% draw odds just to watch them do this. Tribes can make great use of the meat, but still allow for hunters to provide some funds and get a memorable experience out of this.

Seth D. Not sure why you need to insult the author by calling this "Stupid Click Bait". It is a cull of the herd according to the definition of cull. Although this story does not say where the Brucellosis free animals will go, all the others will be killed.

I think the interesting question to ponder for Yellowstone and other parks is to consider the inclusion of hunting when populations grow beyond the carrying capacity of the land. Rather than go to all the expense of rounding up live Bison (something I'll bet is exciting to watch) it would be revenue producing to allow the bison to be hunted. Even if the Bison belong to tribes, those tribes could sell guided hunts (as they do on their land for other species) or hunt them for their own consumption. If done annually, I'm sure that would hold the population down.

Anyway, Kristen does great work here and I enjoy her articles immensely.

Bison have a big problem.

First many of the bison (and elk) in the Yellowstone Ecosystem are known carriers of Brucellosis. No state will take the bison in Yellowstone for fear of causing millions of dollars worth of losses to that states cattle industry.

Personally I'd rather see the excess bison transferred alive to other states for either population renewal in new area and/or to existing herds that. Nothing will change unless voters lobby legislators for change.

AR H.
The public hunts for bison in Wyoming and Montana are through the normal application state lotteries.

Woody, the Montana and Wyoming legislation gave them to the tribes years ago. Not sure it could be changed.

Why can’t they transfer them to other states like Utah or Arizona?

This is stupid click bait. It is not a cull, it is mostly a live removal. I have praised your little book reports before, but this is BS.