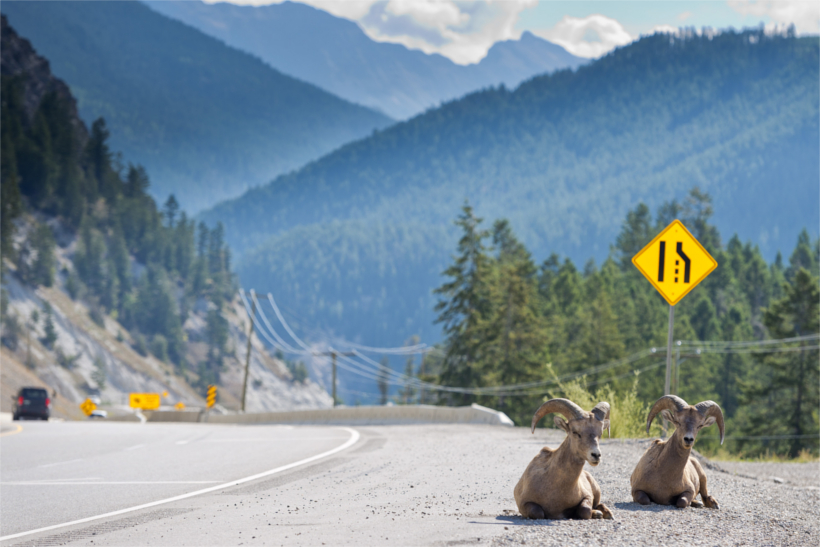 With more residential areas and urban sprawl occurring across the west, it’s inevitable that wildlife will travel beyond their safe borders and into cities and towns. A group of young bighorn sheep recently explored Casper, Wyoming and now, thanks to their expedition, are the focus of the Wyoming Game and Fish Department (WGFD) officials. It’s possible that during their roaming adventure that they may have come into contact with domestic sheep or goats, which means that disease could be transmitted back to the bighorn sheep herds.

This isn’t the first time disease like pneumonia has infiltrated wild herds and officials want to keep disease away. This means that the roaming bighorns could possibly be killed in order to maintain healthy wild herds rather than letting them return only to spread the disease and destroy bighorn sheep populations.

“There’s been cases, multiple cases in the western U.S., of a wandering ram or two coming into contact with sheep or goats and going back to the herd and the entire herd is decimated, or substantial portions of them,” says Casper WGFD wildlife management coordinator Justin Binfet. “If we have reason to believe there’s a significant likelihood they came into contact with sheep and goats, we have to euthanize them.”

Binfet stresses that officials hope that they won’t have to kill the bighorn sheep. In fact, they would like to capture those who traveled to Casper and collar them in order to monitor both their health and overall movement. Should the bighorn sheep not come into contact with any domestic sheep or goats, their likelihood of survival will increase.  Yet, those who deal with this sort of dilemma understand that killing a handful of bighorn sheep in order to save the rest is sometimes the only solution.

“Unfortunately, that’s about the best thing you can do,” says Steve Kilpatrick, executive director of the Wyoming Wild Sheep Foundation. “We have to sacrifice a few to save the core, the herd.