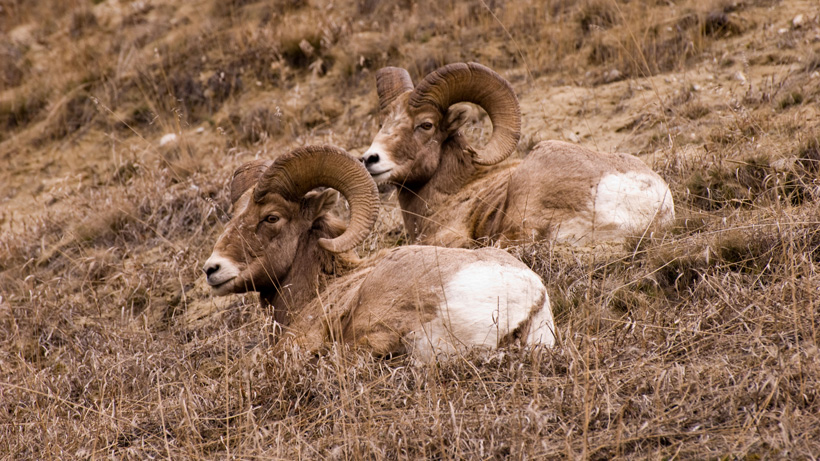 Bighorn sheep will return to the Tendoy Mountains in Montana. Once native to the mountain range, in 2015, Montana Fish, Wildlife & Parks (Montana FWP) offered hunters the chance at over 320 over-the-counter permits to help remove the diseased herd completely. While many were successful, the rest of the herd was eliminated via helicopter by biologists in order to wipe the Tendoys free of disease, The Independent Record reports.

Now? The Montana Fish and Wildlife Commission has approved Montana FWP’s plan to transplant bighorn sheep from Wild Horse Island on Flathead Lake to re-establish bighorn sheep in the southwest mountain range. The effort has garnered support from the Wild Sheep Foundation, Montana Wild Sheep Foundation and Montana Woolgrowers Association. Both of the sheep foundations have also contributed funds toward the relocation effort.

“I remember standing at the podium and supporting that depopulation,” said Nick Gevock, conservation director for the Montana Wildlife Federation. “I know that was a tough decision to make, to take a sheep herd you have and wipe it out. But I think this shows the commitment to keeping its word by this commission, keeping its word moving forward on this. That really is great sheep habitat and hopefully the core population for a larger metapopulation of sheep in southwest Montana.”

According to The Independent Record, Montana FWP Wildlife Management Bureau Chief Brian Wakeling says the “exact numbers of sheep to be transplanted or dates of the transplant” are still being determined.