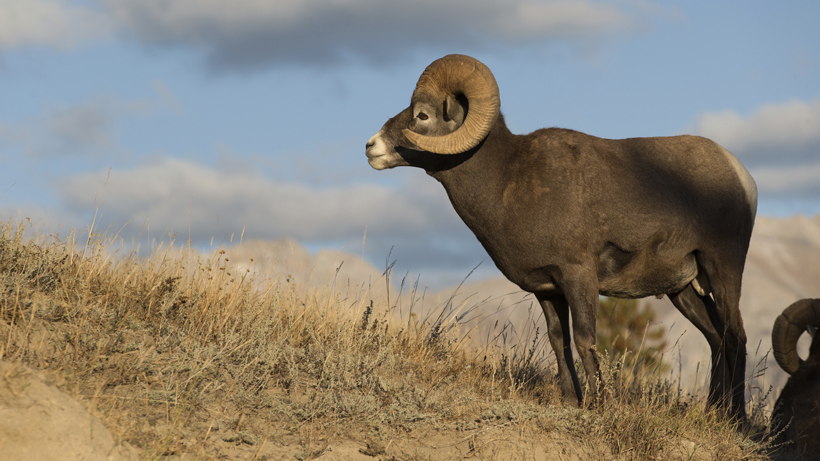 North Dakota bighorn sheep are thriving. Last month, the North Dakota Game and Fish Department (NDGFD) reported that biologists counted 322 bighorn sheep in western North Dakota – 97 rams, 170 ewes and 55 lambs – during its 2020 bighorn sheep survey. This is an 11% increase in this portion of the bighorn sheep population since 2019 and is 13% above the five-year average, News Dakota reports.

“The increase in the 2020 count reflects lessening effects of bacterial pneumonia that was detected in 2014,” said big game biologist Brett Wiedmann.

The record count, which surpasses the previous record of 313 bighorn sheep in 2008, doesn’t include about 40 sheep in the North Unit of Theodore Roosevelt National Park and other bighorn sheep recently relocated to the Fort Berthold Indian Reservation, according to News Dakota.

Yet, despite the good news, the southern badlands herd isn’t faring as well and the 2020 count found that the population has dipped to its lowest level since 1999.

“We were encouraged to see the count of adult rams increase after declining the last four years, and adult ewes were at record numbers,” said Wiedmann. “Most encouraging was a record lamb count corresponding with a record recruitment rate.”

What does this mean for a 2021 bighorn sheep hunting season? As of now, it’s still to be determined. According to News Dakota, NDGFD plans to decide whether to move forward with the season after the summer population is conducted – roughly around Sept. 1.