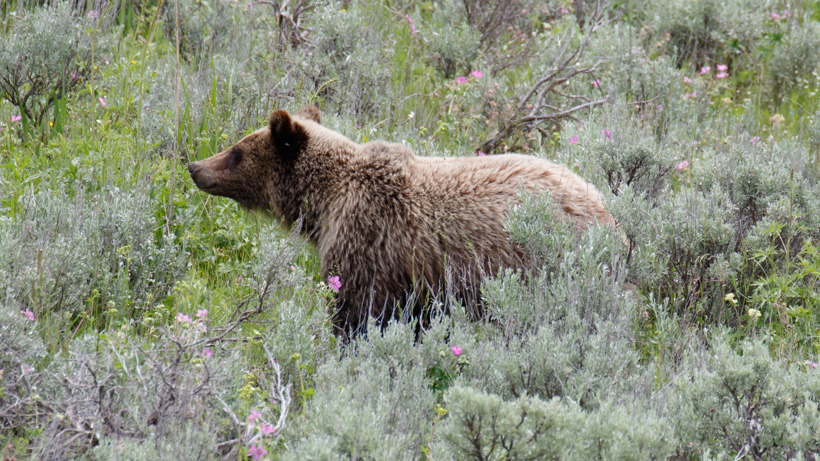 Earlier this year, the U.S. Fish and Wildlife Service (FWS) restored federal protections to grizzly bears living in the Greater Yellowstone Ecosystem (GYE). The decision closed the debate over whether or not grizzlies were considered recovered enough to warrant a delisting. It also stopped further discussion of turning management over to the states and ended any possibility of hunting a GYE grizzly bear in Wyoming, Montana and Idaho.

Last weekend, U.S. Interior Secretary David Bernhardt met with a number of Montana residents during his visit to the Rocky Mountain Front to discuss the issue. According to Montana Public Radio, Secretary Bernhardt attended a roundtable and took a tour of a ranch near Choteau—an area where there are frequent interactions between grizzlies and humans—as a guest of Montana U.S. House Rep. Greg Gianforte.

Gianforte, who hosted the hour-long roundtable with Secretary Bernhardt and local ranchers, farmers and others who have a vested interest in how grizzly bears are managed within the state, called for a “reform of the Endangered Species Act,” citing the recent bill aimed at making it easier to delist grizzlies in the Northern Continental Divide. Roundtable attendees also stressed the importance of transferring management from FWS to Montana Fish, Wildlife and Parks and adding “more management resources,” Montana Public Radio reports.

“We believe that the bear has a place in the landscape for sure,” said Tony Schoonen with the Boone and Crockett Club. “They’ve been here for centuries. Problem is we have problem bears. There’s getting to be more and more incidents of problem bears and there’s no doubt the population has recovered.”

In 2018, grizzly bears killed 112 cattle. While supporters of delisting efforts say that it will help deal with problem bears, Trina Bradley says changing the protocol under the “current management regime” could also achieve similar results.

“We absolutely need better grizzly bear management on the Front and on the Blackfeet Reservation,” said Bradley, who serves as vice president of the Marias River Livestock Association. “They have basically run free for the last 30 years because they haven’t been managed like they should be. Problem bears have not been removed from the population like they should be.”

Secretary Bernhardt listened to all who attended the roundtable; however, he did not confirm that there would be any change to current actions underway within the Interior Department.

It would be wise not to turn over grizzly management to the state of Montana. History proves this would eventually lead to grizzlies being endangered within just a few decades, at most. Nothing more than a scheme to enhance hunting opportunities for wealthy landowners and Hunters! John Durham, Mosinee,WI