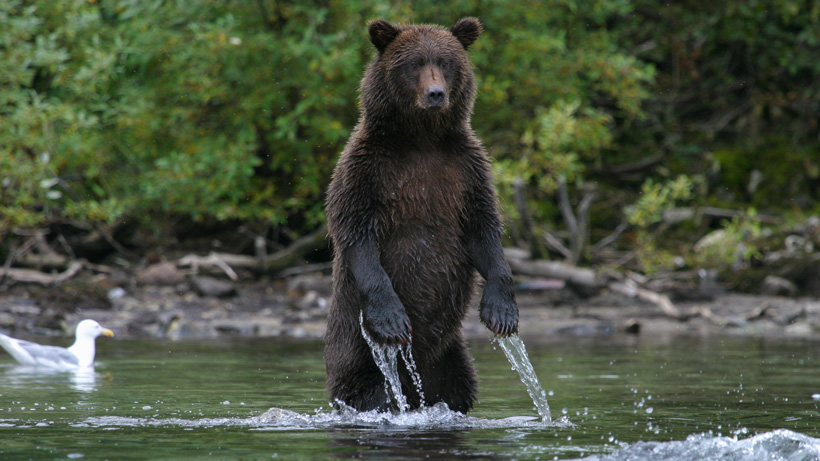 After months of deliberation, the British Columbia government has decided to end grizzly bear hunting within the province. The grizzly bear hunting ban is effective immediately and cancels the spring bear hunt, which was scheduled to begin on April 1, 2018, to all resident and nonresident hunters.

“Through consultations this past fall, we have listened to what British Columbians have to say on this issue and it is abundantly clear that the grizzly hunt is not in line with their values,” Doug Donaldson, Minster of Forests, Lands, Natural Resource Operations and Rural Development, said in a press release. “Our government continues to support hunting in this province and recognizes our hunting heritage is of great importance to many British Columbians.”

As goHUNT previously reported, the decision is discontinue grizzly bear hunting was based upon a public outcry to end the hunts, not a decrease in grizzly bear population. With an estimated 15,000 bears in BC – and only 250 killed each year – the government has given in to public sentiment and announced last August that trophy hunting as well as any hunting of grizzlies within the Great Bear Rainforest would end Nov. 30, 2017.

“Our government is committed to improving wildlife management in B.C., and today’s announcement, along with a focused grizzly bear management plan, are the first steps in protecting one of our most iconic species,” George Heyman, Minister of Environment and Climate Change Strategy, said in a press release. “We also want to promote the healthy grizzly bear viewing economy in B.C. and give everyone the tremendous opportunity to see these incredible animals in their natural habitat.”

The decision does not yet affect First Nations. According to the government, harvest of “grizzly bears pursuant to Aboriginal rights for food, social, or ceremonial purposes, or treaty rights” will continue. In addition, the government plans to review the current grizzly bear management program and, possibly, implement recommendations based upon a recent Auditor General report.