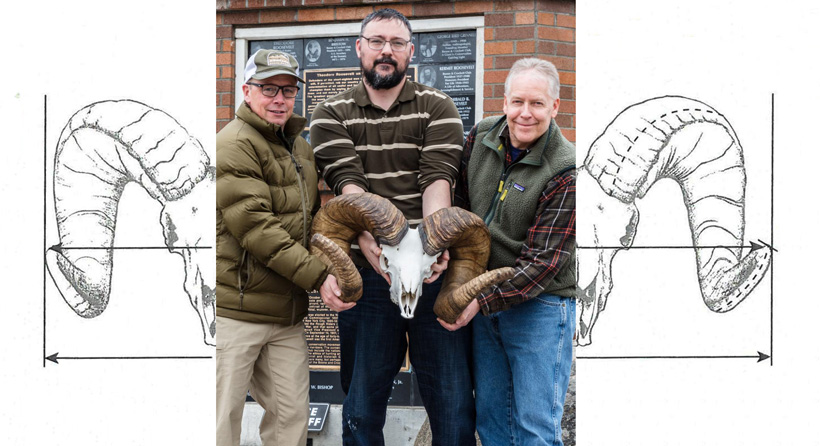 Last week, the Boone and Crockett Club (B&C) confirmed that the bighorn sheep ram that died of natural causes on Wild Horse Island in Montana is a new pending world record. The ram’s skull, which was discovered by Montana Fish, Wildlife, and Parks (MFWP) officials last year along with two others, was officially scored at 216 3/8" B&C. 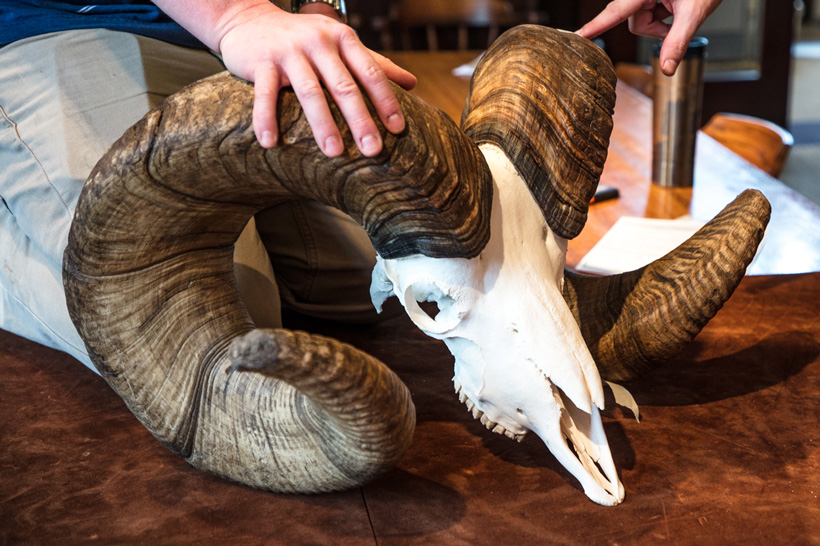 As goHUNT previously reported, MFWP found three bighorn sheep skulls on Flathead Lake’s Wild Horse Island last year. Wild Horse Island is home to roughly 100 bighorn sheep and its 2,163 acres of prairie grasses make it the perfect habitat for bighorn sheep to thrive and grow, which seems to be the case for these particular sheep. The skulls were preserved in a freezer when they were found by MFWP officials and recently completed the 60-day drying period required by B&C before the official measurement can be recorded. The other two skulls have been “officially scored, entered and accepted by B&C at 205-2/8 and 209-0/8,” according to a B&C press release. 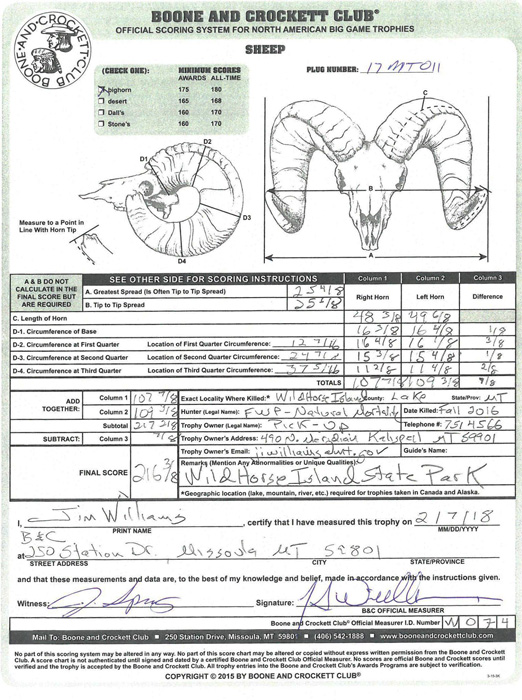 “Any animal making our minimum score is a testament to great habitat but potentially the largest sheep ever is something special,” said Justin Spring, B&C’s director of Big Game Records. “It’s significant to sportsmen, wildlife managers, conservationists and anyone who appreciates what nature is capable of. The fact that this iconic species that was once on the brink of extinction exists at all is remarkable. Combine this with the fact that today’s wild sheep face ever-present human encroachment, disease issues, and very specific habitat requirements, yet are thriving in much of today’s West on our public lands; that is conservation in action. Considering we have had the three largest rams in recorded history hold the number-one spot since 2000, I would say the North American model is working.”

If you're interested in viewing and purchasing live photos of this ram, you can check out the amazing work by Tony Bynum here.

Much better with the links to the original story, again thank you for including that.

Thanks for the compliment on her article, Seth. I had actually started to write a full story myself on this subject and was trying to get it out there before anyone else the day the score was leaked, but I felt like my time was better spent working on these Application Strategy articles so I scrapped my article over the weekend and had Kristen do this one for today. This time of year is busy!

Kristen, your book reports are getting better. I appreciate the fact that you included a link to the original story. Quite a few other agencies, NGO's and publications had already covered this ram's story. It was nice to see the Boone and Crocket score sheet.

This is far and away the best one of these "gohunt papers" you have written.