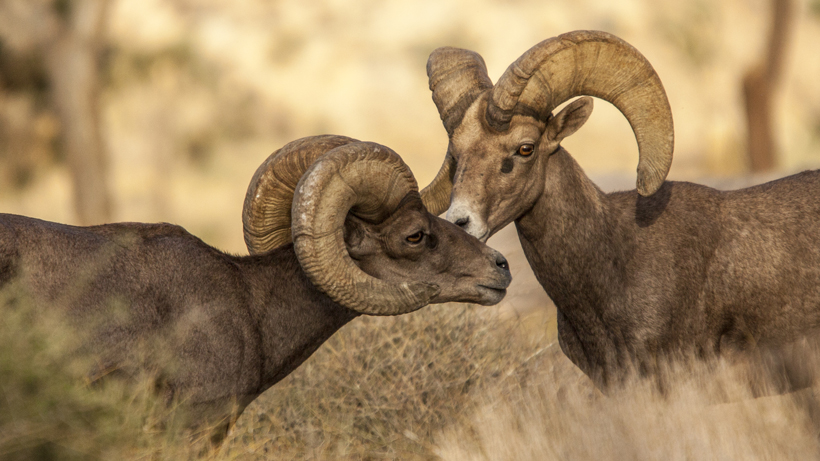 Bighorn sheep in Yuma, Arizona once again have access to water after the Arizona Game and Fish Department (AZGFD) came to their aid. Because of the dry conditions – and scarce water – near the Chocolate Mountains, the agency has installed water tanks with solar-powered remote sensors that alert them if the tank runs dry, AZ Family-3TV & CBS 5 News reports. And that’s exactly what happened to several tanks that act as “critical water sources” for desert bighorn sheep.

The sensors, which were developed and installed by the U.S. Army Yuma Proving Ground, show the water level “in real-time,” which allows the agency to “monitor the remote locations where the tanks are situated,” according to AZ Family-3TV & CBS 5 News. With July being one of record heat, the sensors notified AZGFD that one of the tanks was “bone dry.”

An AZGFD team acted quickly, hiking about two miles “through steep terrain” to the water containment area where they “discovered 15 bighorn sheep standing near” it, according to AZ Family-3TV & CBS 5 News. Once they assessed the situation, they discovered that the tank’s pipe was broken, leading to a dry tank. Thankfully, there was a back-up water system. They turned it on and the tank was full again.

"Without the real-time data from the electronic water measuring system, AZGFD would have not found the failure for weeks, which could have resulted in the death of bighorn sheep and other wild animals," said AZGFD officials.

There are four different remote sensors in the area so that AZGFD can manage multiple water catchments for bighorn sheep and other wildlife.

"By continuing to foster our relationship with our partners at the U.S. Army’s Yuma Proving Ground – who adapted existing range equipment to monitor these water sensors – we can develop affordable solutions to protect wildlife and provide them with the water they need to survive during dry periods,” said Sumner.