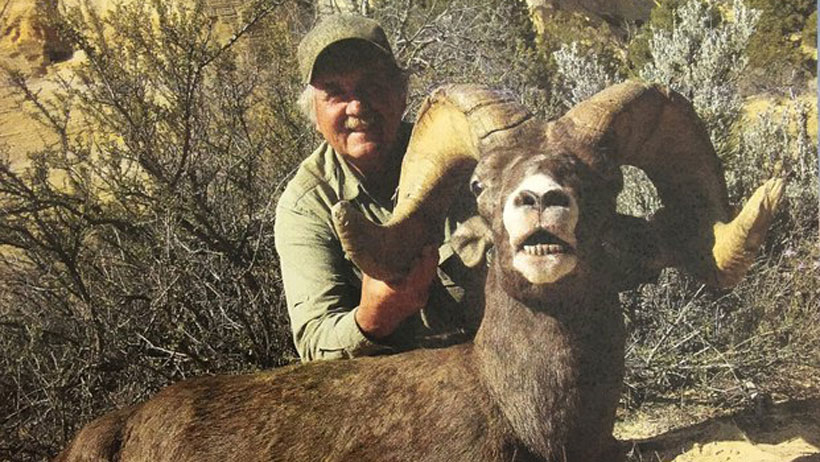 Kanab, Utah is desert bighorn sheep country – a big game animal that hunters can only hope to draw a tag for after years of applying and collecting bonus points in an attempt to improve their odds. Larry Altimus, a well-known hunting guide, understood his odds as well as anyone could. In fact, after 21 unsuccessful tries, Altimus drew the coveted tag in 2014; however, a jury recently convicted him of pretending to be a Utah resident just to get the once-in-a-lifetime trophy, The Salt Lake Tribune reports.

Altimus, who had amassed 21 bonus points as a nonresident applicant, rented a house in Kanab, Utah and applied as a Utah resident for the 2014 tag. Investigators determined that he purposely waited out the six-month residency requirement before applying for the tag and his actions (such as obtaining a Utah driver’s license and temporarily moving into the rental) were intentional. He did it to get the desert bighorn sheep tag (and trophy as Altimus was successful during the hunt).

According to The Salt Lake Tribune, in 2014, there were 5,174 Utah hunters after one of the 35 resident desert bighorn tags; 7,184 nonresidents were after three.

“But if he claimed residency in Utah, he knew he had a good chance of drawing a permit reserved for Utah residents,” said Utah Division of Wildlife Resources (UDWR) director Mike Fowlks.

Altimus was found guilty by a jury for wanton destruction of wildlife, which is a third-degree felony. He was ordered to pay UDWR $30,000 in restitution. While the judge sentenced him to three years of probation, UDWR has filed a petition to “revoke Altimus’ hunting privileges for 10 years in the states participating in the Interstate Wildlife Violator Compact,” according to The Salt Lake Tribune.

UDWR has confiscated the ram trophy.