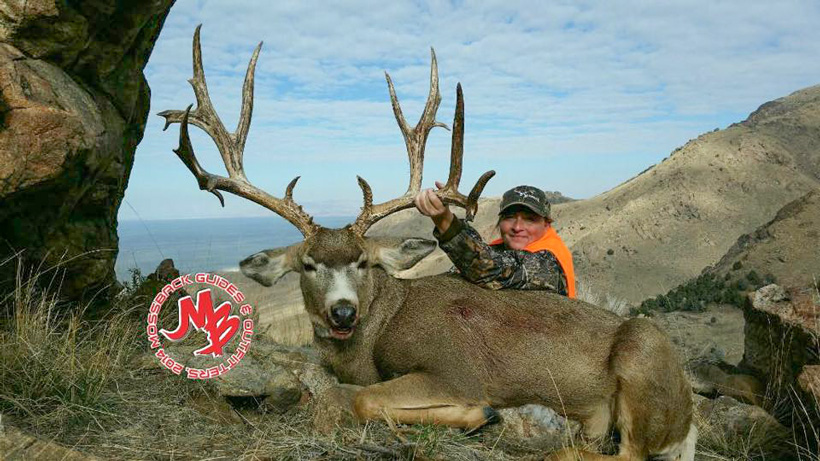 In a record bid, the 2016 Antelope Island mule deer permit was sold to British Columbia hunter Troy Lorenz for $410,000 during the 10th Annual Western Hunting and Conservation Expo in Salt Lake City, UT. This is a new world record, surpassing last year’s world record of $390,000 for the 2015 permit, which was sold during the same auction. The hunt is considered controversial because it takes place in Antelope Island State Park, but park officials say the hunts are necessary to help manage herds.  This decision lead to legalizing a hunt on the Island in 2011. Since then, Utah only offers two permits for mule deer on the island each year: one through auction and one through public draw.  The state also offers two permits for bighorn sheep the same way each year.

Hunts are managed by Antelope Island State Park officials with assistance from the Utah Division of Wildlife Resources (UDWR).

"Antelope Island is controversial because it's a state park, but it's a resource-based park and the resource is wildlife and it costs to manage wildlife," says UDWR Director Greg Sheehan. "People say 'no hunting' and I understand the concern about hunting at a park. But you have wildlife growth that needs to be managed."

Ninety percent of the funds from these auctioned tags are allocated to fund mule deer and bighorn sheep habitat projects in the park while the remaining 10% goes to UDWR and the Sportsmen for Fish and Wildlife to cover the costs associated with hosting the auctions, according to KSL.com. Sheehan stresses that none of the money goes into operating the park or paying for park functions; all of it goes towards mule deer and bighorn sheep habitat maintenance and projects.

Because hunters understand the importance of conservation programs to enhance and help herds thrive, Jeremy Shaw, who serves as the Antelope Island State Park manager, says that he thinks permits sell for so much not just for the stature of the animals found on the island, but “also because the money is used for a good cause.”

Sheehan agrees, saying that "This pays to help move (the wildlife) too and helps conservation in other parts of the state. It is extremely expensive to move wildlife safely and humanely. (These auctioned permits) allow us to move them around the state and helps make Utah the best of all big game species in all the Western U.S. … We have the greatest conservation fundraising machine in the West. This gives over $3 million to do conservation that's not available to other states."

Will next year’s auction provide an even higher winning bid?

I don't see why it's so controversial. Texas has public hunts on state parks all the time to manage the deer and hog populations. What's incredible is that these hunts are auctioned off for so much...wow!