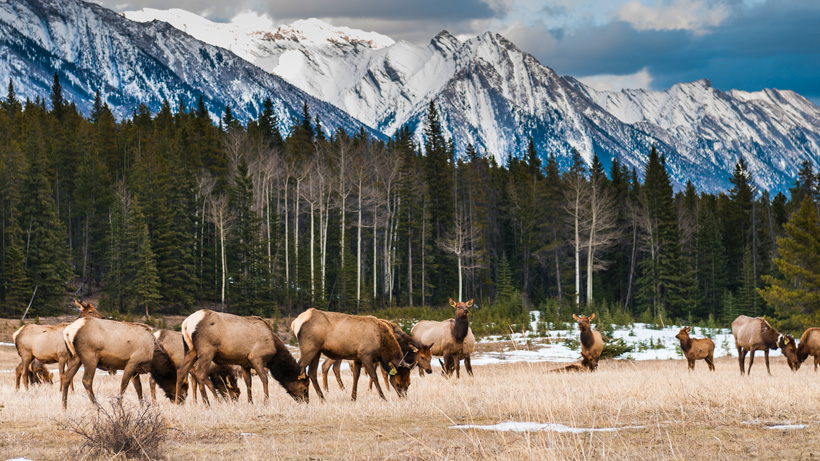 It’s a rarity to permit hunting in national parks; however, Grand Teton National Park’s annual elk hunt is currently underway in Wyoming. This year, 375 permits were issued to hunters who will target areas east of U.S. Highway 89, which is “away from prime tourist areas closer to the slopes of the Rockies,” USA Today reports.

The hunt is conducted as part of the park’s Elk Management Reduction Program and is allowed because of a provision included in 1950 when Congress expanded park boundaries.

“Such program shall include the controlled reduction of elk in such park,” according to the 69-year-old bill, “by hunters licensed by the State of Wyoming and deputized as rangers by the Secretary of the Interior when it is found necessary for the purpose of proper management and protection of the elk.”

The Wyoming Department of Fish and Game (WDFG) coordinates the hunt. Hunters mainly target elk within the Jackson herd that are migrating to the National Elk Refuge southeast of the park. So far, according to National Elk Refuge biologist Eric Cole, only one elk has been harvested.

Over the years, Grand Teton and WDFG have worked together to scale back the park hunt, completely eliminating bull hunting and closing Area 79 “to limit the harvest on migratory portions of the herd that are struggling,” according to the Jackson Hole News & Guide. Overall license numbers have also decreased.

And, to if you’re lucky enough to have an elk tag for this hunt, you have to follow special rules that include mandatory nonlead ammunition and accessible bear spray. Elk calls are banned and you can’t “take more than one shot at running elk” or carry more than seven cartridges.

Regardless of its usefulness in helping manage elk numbers, this hunt is considered controversial because it occurs so close to popular tourist destinations and, according to USA Today, federally protected grizzly bears have been killed by elk hunters in the past.

The Antelope Flats section of the hunt will end Nov. 25 and the other areas close Dec. 8.