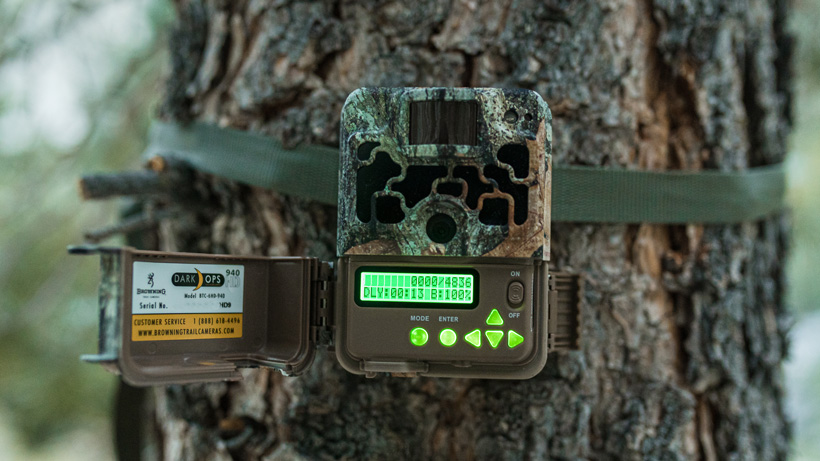 There are a lot of bills that have shown up in the past few weeks. A new one that just popped up on February 2 is HB 295 in Utah that was introduced by Casey Snider. See the full text of the bill here. 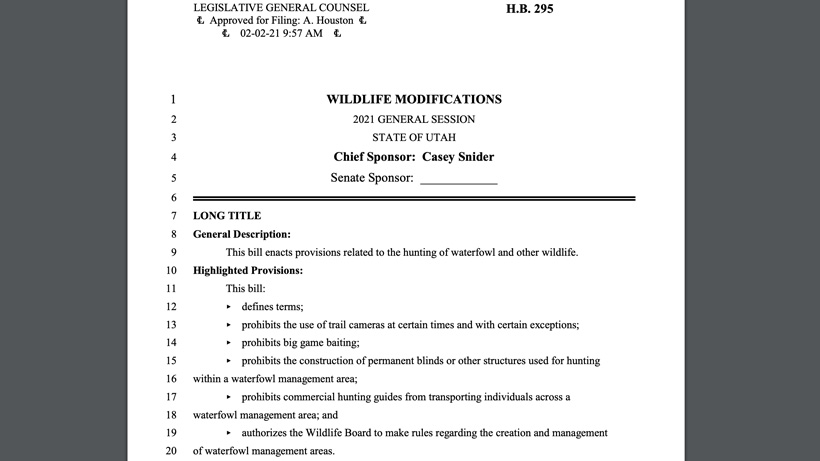 Screenshot from part of the Utah House Bill 295.

There are two areas that big game hunters will be most interested in.

According to the bill,

(1) As used in this section:
(a) (i) "Bait" means intentionally placing food or nutrient substances to manipulate the behavior of wildlife for the purpose of taking or attempting to take big game.
(ii) "Bait" does not include:
(A) the use of a chemical as an attractant or mask; or
(B) the use of salt, mineral blocks, or other commonly used types of livestock substances for normal agricultural purposes.
(b) "Baited area" means all land within a 50-yard radius of the site where bait is placed, including the site where bait is placed.
(2) Unless authorized by a certificate of registration, it is unlawful to:
(a) bait big game between August 1 and January 31 of each year;
(b) take big game in a baited area; or
(c) take big game that has been lured to or is traveling from a baited area.
(3) The division may issue a certificate of registration to allow for the baiting of big game if the division determines that baiting is necessary to alleviate substantial big game depredation on cultivated crops.

Submit your thoughts on this Utah bill to Casey Snider who introduced the bill at csnider@le.utah.gov, also the contact information for the House Natural Resources, Agriculture and Environment Committee and the Utah Wildlife Board can be found below.

Copy and paste section for Utah Wildlife Board: