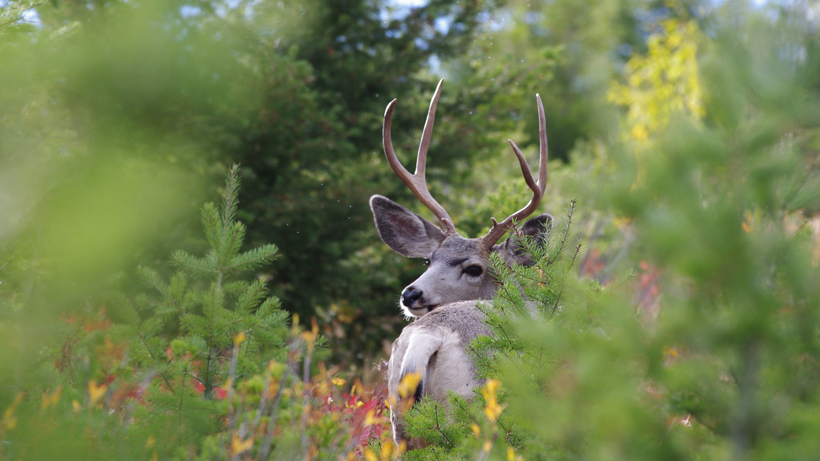 If you spot a mule deer in Alaska, the state wants to know. Because the ungulates have been expanding in population and region, the Alaska Department of Fish and Game (AKDFG) is monitoring the non-native mule deer to understand where they roam and whether they bring parasites or disease, Chilkat Valley News reports.

According to Koch, the majority of the mule deer in Alaska are congregating in Skagway and AKDFG says they likely traveled to the area from the Yukon Territory. While “[n]o one has reported to us that they have taken mule deer,” Koch says that many of the shared photos from Skagway residents appear to be exactly that type of deer. There’s also been sightings in Haines; however, Koch has not seen any photos to confirm.

Right now, AKDFG wants the public to reach out and let them know if they have harvested a mule deer, especially since Alaska regulations changed in 2019 that allows for year-round hunting of them.

“We want to remind folks that they need to report their harvest,” said Koch, “and we’ll do what we can to help them get samples to us.”

State biologists are interested in collecting samples of the head, brain, heart, lungs, liver, hide, hooves and feces, according to Chilkat Valley News. If you have recently harvested a mule deer, contact AKDFG at 907-465-4265 to learn how to collect and send a sample.