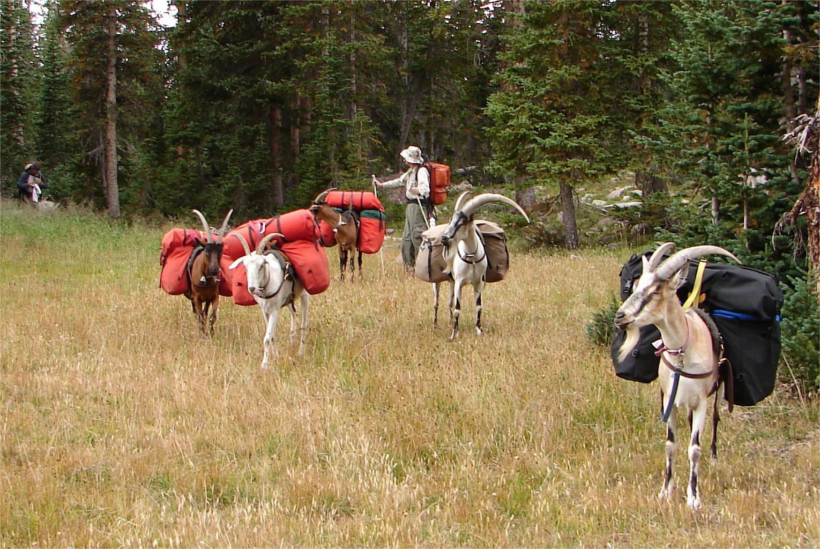 Big game hunters can breathe a temporary sigh of relief. The proposal that would require permits for all domestic sheep and goats within Alaska – including those used as pack animals – has been delayed for two years so that groups directly involved with the matter may have a chance to work out a solution. This was announced during the Alaska Board of Game meeting last month.

The groups in question are the Alaska Chapter of the Wild Sheep Federation (ACWSF) and major players within the state’s agricultural industry. Board chairman Ted Spraker says that the parties involved appear to be willing to reach a compromise. He says, “I think there’s a willingness for these folks to get together and work out a system.”

This is a good thing because, according to the Alaska Department of Fish and Game (ADFG), board officials don’t actually have any authority to regulate domestic animals – only wild ones.

“The department has long been concerned about the health of wild sheep, given the situations in the Lower 48,” says Bruce Dale, the director of ADFG’s Division of Wildlife Conservation. Dale will work with the groups to mediate discussions and come to an agreement.  “We realize it’s a much different situation here, the urgency has not been there, but we have begun screening.”

As goHUNT previously reported, Proposal 90 was presented by the ACWSF as a way to protect wild sheep from disease that has impacted wild herds in the Lower 48 and caused massive die-offs. Officials agreed that most of the disease can be traced back to domestic sheep. Proposal 90 would have removed domestic goats and sheep from the livestock “clean list,” which currently gives a free pass to those who raise the animals as livestock, pack animals or pets.

With all of the groups involved interested in the health of the wild sheep, it is likely that the compromise will only be beneficial. Stay tuned to goHUNT for further details.