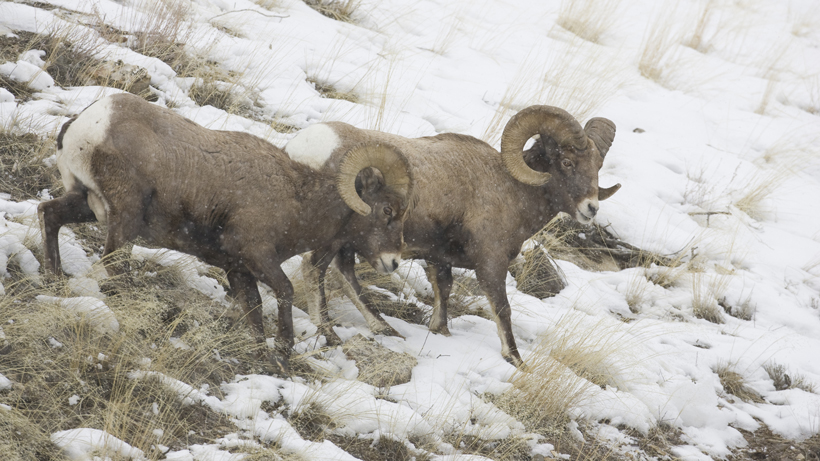 Last month, 50 bighorn sheep were relocated from the Missouri River Breaks in Hunting District 482 to an area of the Little Belt Mountains in Montana. The relocation effort, which was completed last month, was conducted by Montana Fish, Wildlife and Parks (Montana FWP) and several other organizations and agencies.

Bighorn sheep once roamed the Little Belts in great numbers. However, over the past ten years, only a few have “naturally returned to the mountain range,” according to the agency. Since 2015, only six bighorn sheep have been verified “at one time in the entire range.”

On Dec. 17, 2020, five young rams and 45 ewes were captured and collared by Montana FWP staff and volunteers. Biological samples were collected from each animal before they were released. Montana FWP plans to use the GPS collars to keep track of each animal’s movements, habitat use and survival over the next five years. The agency anticipates relocating more bighorn sheep to areas within the Little Belts with hope that the herds will eventually connect with existing herds outside of the Little Belts area.

“This project would not have been possible without the collaboration, financial support and volunteerism of landowners, NGOs, private companies and local volunteers,” said Montana FWP’s area biologist, Jay Kolbe. “We appreciate all the partners who came together to help.”

The National Wild Sheep Foundation, the Montana Wild Sheep Foundation, the Great Falls Chapter of Safari Club International, KUIU, Kenetrek and the Montana Bowhunters Association contributed funding to complete the relocation project. Other funds came from the Bighorn Sheep Auction License Fund as well as private landowners that included domestic sheep producers and members of the Montana Wool Growers Association, the U.S. Forest Service and the Bureau of Land Management.