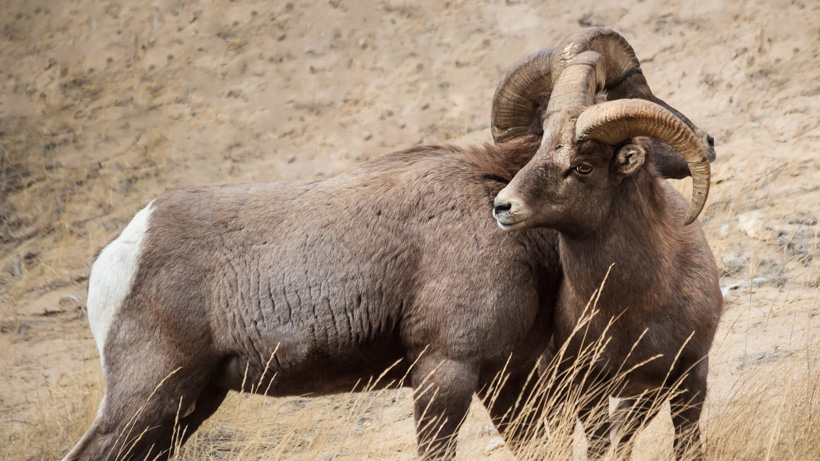 Idaho’s bighorn sheep just gained more habitat following the purchase of the Ten Mile Creek Ranch, a 2,900-acre parcel bordering the Snake River. The property, which was purchased by Portland-based Western Rivers Conservancy, includes a 5,000 square foot residence, a 2,000 square foot caretaker’s home and roughly 4 miles of waterfront property on the Snake River; however, “the bulk of the ranch…is undeveloped,” The Lewiston Tribune reports.

“This is some of the most important bighorn habitat in the Pacific Northwest,” Zach Spector, the group’s project operations director, told The Lewiston Tribune. “The seller’s vision for the property aligned perfectly with our mission to keep the West’s great rivers healthy for fish and wildlife, and the outcome will be positive across the board.”

The original owner had planned to create a steelhead fishing retreat, but his plans didn’t work out, resulting in the sale of the property to the conservation group. Made up of “breaklands and finger canyons covered with a mix of bunch grass, cheatgrass and sagebrush,” the property is home to bighorn sheep, mule deer, chukars and golden eagles; fall Chinook spawning areas are near the property and steelhead run along the shore. Its borders meet up with the Redbird unit of the Idaho Department of Fish and Game’s (IDFG) Craig Mountain Wildlife Habitat Management Area and private farmland, according to The Lewiston Tribune.

The purchase creates a safe haven for wildlife, particularly bighorn sheep, to roam. “There are bighorn sheep on that property all the time, both ewes and rams, and there are some really important lambing cliffs there as well,” says Frances Cassirer, IDFG’s lead bighorn sheep biologist, and researcher.

“Those lambing and rearing areas are really important,” says Cassirer. “They are kind of specialized habitat that doesn’t occur everywhere. Even though we tend to think of Hells Canyon as being really steep, those really sheer cliffs are kind of limited in location.”

While the final price is unconfirmed, the property was listed for sale in 2014 at $7.9 million. The group is still deciding whether or not public access will be allowed.

“I think over the next six months we are going to be trying to make plans with all of the stakeholders,” says Spector. “We just need to understand the property better before we can make any kind of decisions.”