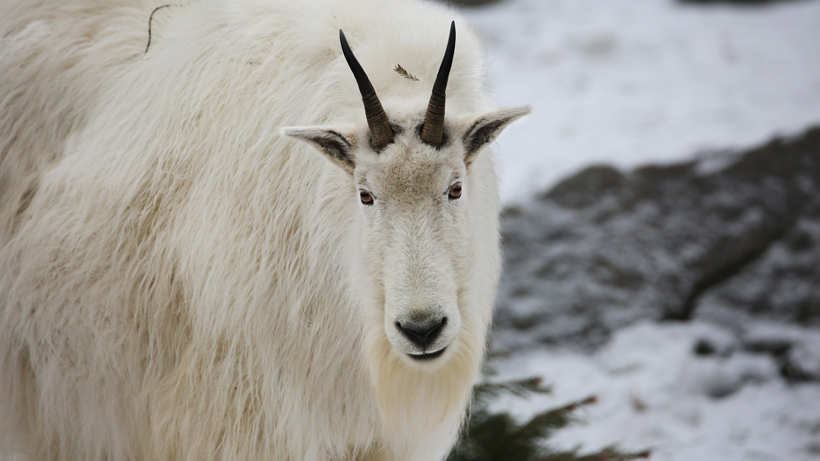 With about 30 nonnative mountain goats confirmed in the Teton Range in Wyoming, officials are concerned that their presence could still impact wild bighorn sheep that call the area home. Mountain goats have been targeted by wildlife officials because they can compete with the native bighorn sheep for habitat and food.

As goHUNT previously reported, earlier this year, Grand Teton National Park officials organized a mountain goat cull in order to help the struggling bighorn sheep population survive. Last week, the Wyoming Game and Fish Department (WGFD) counted a total of 90 bighorn sheep in the area following an aerial survey, which means that the cull – and careful management – has hopefully paid off.

“I was happy we counted 90 sheep,” said Jackson Region wildlife biologist Aly Courtemanch. “That shows that the herd is hanging on, but I still have concerns about that bighorn sheep population.”

Further, Courtemanch said that only four kids were found with the nonnative goats, which means that “the population was on the downswing” as previous surveys found 88 goats in 2019 and 56 goats in 2020, according to Intermountain Farm & Ranch. While WGFD permitted mountain goat hunting outside of the park in the Caribou-Targhee National Forest, only 23 goats were killed in 2019 and fewer in 2020.

“Hunters were having a hard time finding goats,” said Courtemanch, noting that it was a sign the goat population was declining. While positive news with regard to bighorn sheep populations, according to Intermountain Farm & Ranch, park spokeswoman Denise Germann said that “officials are determing how to move forward” with the remaining goats.