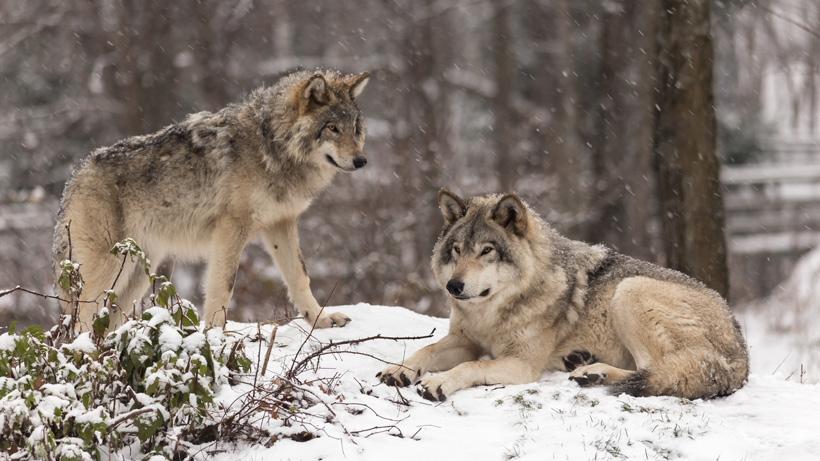 Two federally protected wolves were recently illegally killed in northeastern Washington State. While authorities say the culprits will be hard to catch, environmental groups are offering $20,000 for information leading to the arrest of the poachers behind the crime.

According to the Northwest News Network, Conservation Northwest offered the initial $10,000 reward, which was matched by the Center for Biological Diversity and Cascadia Wildlands, doubling the amount of the reward to $20,000. Their hope is that someone will come forward with information.

Washington Department of Fish and Wildlife (WDFW) Wildlife Enforcement Captain Dan Rahn says that wolf poaching, while uncommon, does happen within the state.

One wolf was found already dead by hunters on Nov. 12 in Stevens County; the other wolf was discovered by biologists on Dec. 5 in Ferry County once her tracking collar stopped working. Because the investigation is still in process, other details have not been released.

Wolves are protected under the federal Endangered Species Act in central and western Washington. Because these wolves were discovered outside of this federally protected zone, the crime is not considered a federal offense, according to the Northwest News Network. Eastern Washington wolves are recognized as endangered under the state and are managed by WDFW.

“Poaching wolves or other wildlife is a deplorable crime,” Noah Greenwalt, a member of the Center for Biological Diversity, told The Oregonian. “We need people to come forward and help put a stop to the killing of these endangered animals.”