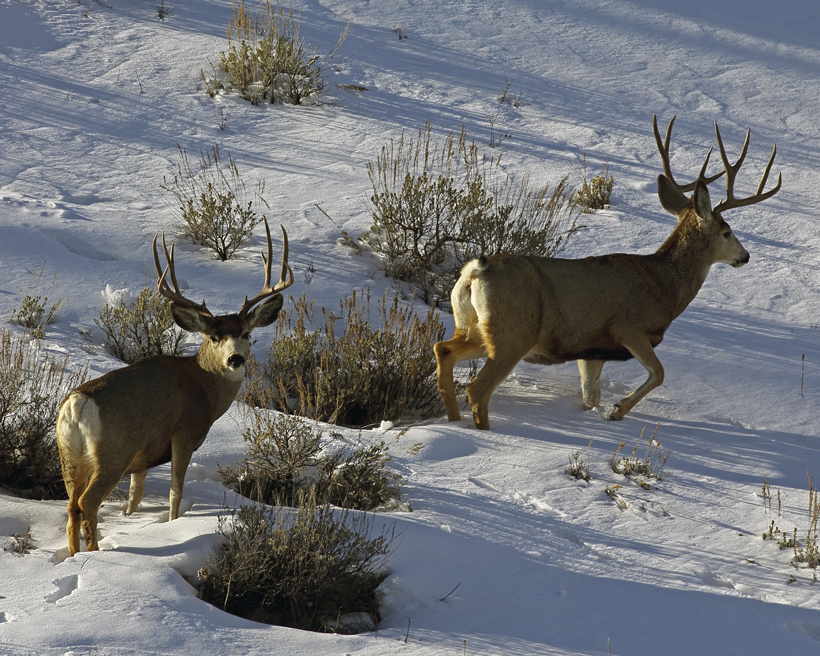 Utah’s Division of Wildlife Resources (DWR) has proposed a number of changes for the 2015 big game hunt that would provide deer and elk hunters with plenty more opportunity.

The DWR put forth its list of recommendations in late October. The Regional Advisory Council (RAC) members are asking for feedback, which it will share with members of the Utah Wildlife Board. The board is scheduled to meet in Salt Lake City on Dec. 1 to approve rules for Utah’s 2015 big game hunts.

One proposal would allow limited entry deer hunting on six general season units, after the general rifle buck deer hunt ends. Hunters would be required to use a muzzleloader during the late-season hunt; rifles would not be allowed. Only a small number of permits would be made available.

“This change would give a small number of muzzleloader hunter a great late-season opportunity to hunt deer,” said Justin Shannon, big game coordinator for DWR, in a press release. “It wouldn’t affect the number of bucks on the units at all.”

The hunt, if approved, would run from Oct. 28 to Nov. 5, the same days the general muzzleloader elk hunt is held. Hunting would only be allowed on units that are managed for 18 to 20 bucks per 100 does and that are exceeding their buck-to-doe objective level.

Another proposal would allow a small number of hunters to hunt all three seasons — archery, muzzleloader and rifle — on a limited-entry or premium limited entry deer unit for which they drew a permit.

At this point, Utah offers an opportunity like this to a small number of elk and black bear hunters.

“We’d like to give a few deer hunters that same chance,” Shannon relayed.

Chances of able to do so, however, are slim. About 3% of the total number of limited entry and premium entry deer permits would give hunters the chance to take part in all three hunts.

Utah mountain goat hunters would also have more time in the field. Under current regulations, Utah’s once-in-a-lifetime mountain goat hunt ends in mid-October on most units. Biologists propose that the season be extended to as late as mid or late November on some units.

To decrease the number of deer that are living in urban areas in Cache County, the DWR is also recommending an urban archery hunt. The hunt would happen mostly on private land in the area that includes the towns of Clarkston, Trenton, Wellsville and Mendon. The hunt would run from Sept. 12 to Nov. 30 of next year.