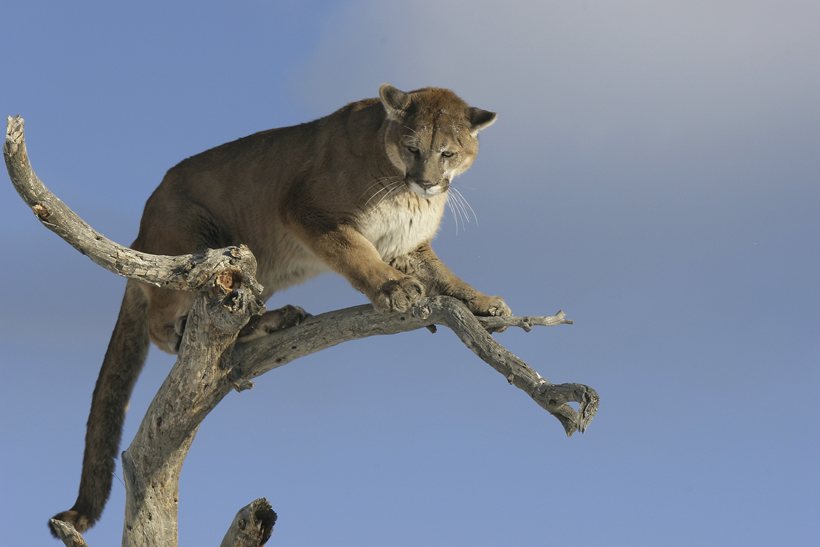 Montana Fish, Wildlife and Parks (FWP) recently announced the proposed changes to the state’s 2015-2016 mountain lion hunting quotas, causing uproar among deer hunters, lion hunters, and anti-hunting advocates. According to FWP officials, these changes are usually controversial. A three-year study by FWP in Southwest Montan has shown that mountain lions take the largest number of the area’s elk calf population by predators.

“As you can imagine, there are some differences of opinion about what the quotas should be,” says John Vore, Fish, Wildlife and Parks game management bureau chief.

According to the Missoulian, elk and deer hunters want to increase the lion harvest in the Bitterroot Valley because the lions prey on the already dwindling herds. Lion hunters asked FWP to consider all lion kills, including those hit by cars or trapped, in the total quota, which would lower the number hunters could take. Anti-hunting advocates generally called for a reduction in the number of lions allowed to be hunted.

What are the proposed quota changes?

While FWP has hired a biologist to draft a statewide mountain lion management plan, it will not be available for public comment for about another year. The public can comment on the mountain lion quotas through 5 p.m. on May 15 by visiting FWP's website. Written comments can be sent to: FWP – Wildlife Division, Attn: Public Comment, POB 200701, Helen, MT 59620-0701.

The commission will discuss final adoption of the quotas during its June meeting.