New Montana bill proposes use of dogs for bear hunting 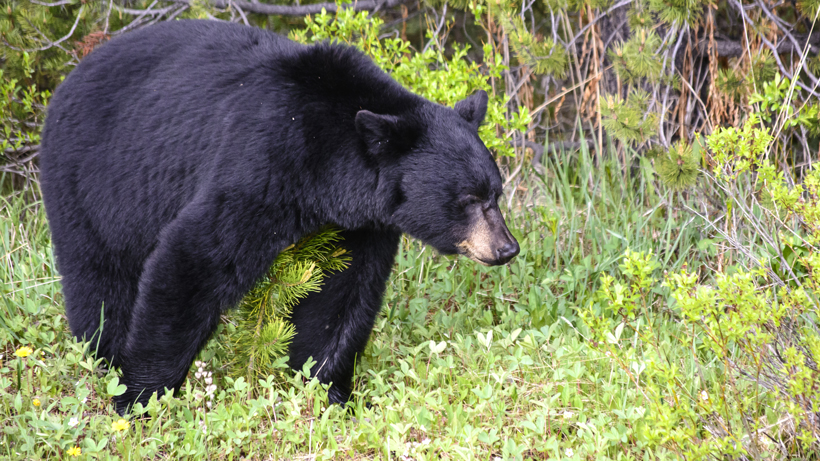 This week, a new bill was introduced to the Montana House Fish, Wildlife & Parks Committee that would legalize the use of hounds for hunting black bears in Montana. House Bill 468, which is sponsored by Rep. Paul Fielder (R-Thompson Falls), would specifically allow hound hunting for black bears during the spring season, give “the Montana Fish and Wildlife Commission authority to determine where hound hunting would be allowed” and establish a training season that would run from the end of hunting season through July 31, according to The Independent Record.

“In Montana, a person may take game birds, hunt mountain lions and hunt bobcats with the aid of a dog or dogs,” said Fielder during the committee meeting. “This bill simply adds black bears to the list of animals that may be hunted with a dog.”

Fielder pointed out that 12% of Idaho’s black bears are harvested with hounds, adding that the use of hounds “allows hunters a closer examination to decide whether to harvest it.”

Those in support of the bill include the Montana Outfitters and Guides Association and the Montana Trappers Association as well as individuals like Ross Feenstra of the Montana Houndsmen Association who said legalizing hounds would increase outdoor recreation participation, “bring additional revenue to the state and create more biological data on black bears.” Hounds could also help when there is a bear-human conflict.

“We’re a group that care and cherish the wildlife we are pursuing,” said Feenstra. “This bill gives us the opportunity to do what we love most.”

However, not everyone is in favor of HB 468, including the Montana Wildlife Federation, Montana Audubon, Montana Sportsman’s Alliance, the Humane Society of the United States and Footloose Montana. Those opposing the bill are concerned about issues with fair chase as well as possible conflicts with other wildlife like grizzly bears. Others voiced concerns that the use of hounds during spring season could impact elk and deer since they “drop their young for the year” and “dogs can run far and long, disturbing wildlife,” according to The Independent Record.

No immediate decision was made on the bill. Stay tuned to goHUNT for further updates.