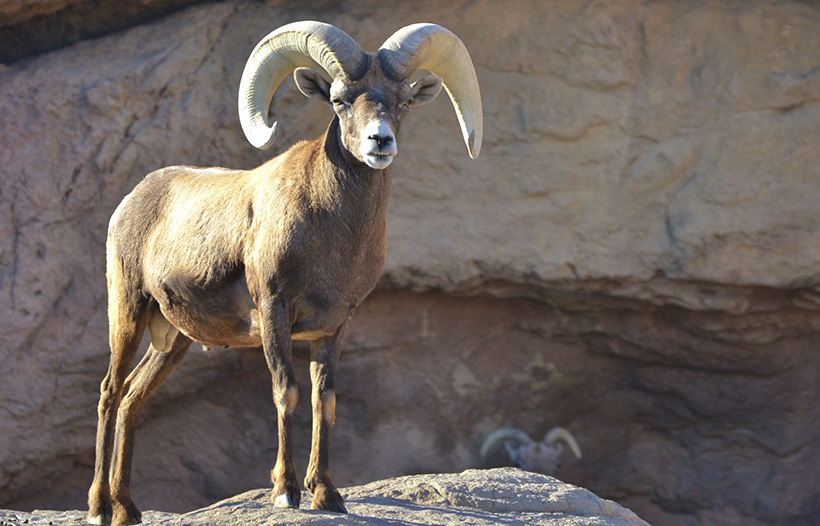 The New Mexico Game Commission recently announced that it will implement a new rule for bighorn sheep licenses starting next year. The Commission believes that it will provide hunters with more options and opportunities than ever.

Beginning in 2015, the way in which licenses are distributed to state residents and nonresidents will change. The state quota law requires that at least 84% of all tags within a given hunt code go to residents. In order to comply with this statute, the department consolidated the available licenses for Rocky Mountain rams, Rocky Mountain ewes, Rocky Mountain ewe archery and Desert Bighorn rams into four individual license pools.

The Commission maintains that this approach will not impact how bighorn herds are managed across the state, but will allow the Department to distribute licenses in a way that adheres to state law. Residents will receive at least 84% of the licenses, nonresidents will receive 6%, and hunters who use outfitters will receive 10%. The system will also include several youth-only licenses and some hunts for ewes.

This system will purportedly give all categories of applicants an opportunity to draw.

“With our statewide bighorn herds growing, we are excited that everyone – residents and nonresidents – will have a chance to draw a license,” said Cal Baca, chief of the department’s Wildlife Management Division. “If the drawing were conducted under the previous system, nonresidents would have virtually no chance of drawing a license.”

On average for most big game species, no other Rocky Mountain state provides a larger percentage of tags to out-of-state hunters than New Mexico. Arizona, Utah, Nevada and Idaho allocate 90% of most big game hunt tags to residents, while Montana says state hunters are guaranteed at least 90%.

The new system will also allow hunters to rank their choices of hunts and hunt areas for both Rocky Mountain rams and Desert Bighorn rams, ultimately giving them six hunt choices. Before this, hunters only had three options.

The Commission then announced that the number of licenses available in the 2015 drawing will reach an all-time high. A total of 36 Bighorn ram licenses will be issued. Sixteen of those will be for Rocky Mountain bighorn rams and 20 will be for Desert bighorn rams. This marks a dramatic increase from only one Desert bighorn license issued in 2011.

The increased number of licenses are a result of the successful reintroduction and management efforts by the Department of Game and Fish, the Wild Sheep Foundation, the Bureau of Land Management and private land owners.

The Department staff reported a 100% survival rate of the 45 bighorn sheep translocated in August from Wheeler Peak to the Chochiti Canyon area above the Rio Grande. The area had long been considered a potential transplant habitat, but when wild fires in recent years cleared out the trees and underbrush in Chochiti Canyon, the region was designated an excellent habitat. Other transplanted herds throughout the state are also doing well, making it likely that hunters will see the benefits in the near future.

For more information about hunting in New Mexico and the state’s bighorn sheep population, please visit the Department of Game and Fish website, www.wildlife.state.nm.us. The rules and information booklets for the 2015-2016 hunting seasons, including maps, season dates, bag limits and more, will be available January 5, 2015. Information also is available by calling toll-free (888) 248-6866.