Montana wolf and coyote hunt on despite protests 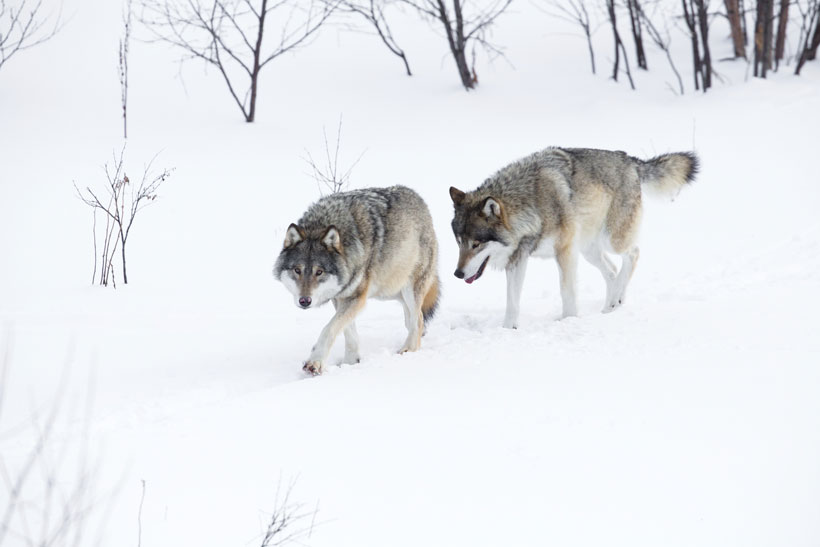 Amid protests from anti-hunting and animal rights groups, the “1st Annual Sanders County Great Montana Coyote and Wolf Hunt” is still scheduled for Saturday although the location of the event has now been moved to an undisclosed location. Animal rights activists hope to locate the secret location in order to protest the event.

Originally, the registration for the event was scheduled for Friday at the Lakeside Resort and Motel in Trout Creek, but owner John Harris posted on his Facebook page that the business was no longer involved in the event due to recent death threats received by Harris and his family members.

Montana Wolf Hunting and Trapping, a Facebook-only advocacy page, is now sponsoring the event. According to The Missoulian, the Montana Trappers Association says that the new location of the private ranch where the event will be held will not be released until just before the registration in order to “eliminate harassment on the host.”

While anti-hunting and animal rights activists claim these types of contests are inhumane, according to Montana Fish, Wildlife and Parks, the hunt is legal and a game warden will be on normal patrol to monitor the hunting and trapping activities in the area. Weekend deputies will also be on duty.

“It’s open to people properly licensed for wolves,” says John Fraley, Region 1 spokesman for MFWP. Coyotes are considered a predator and Montana does not require special permits to hunt them.

In fact, according to Sanders County Sheriff Tom Rummel, as long as laws and regulations are obeyed, events planned by both sides are actually legal. “If people want to protest, that’s their right, as long as they go about it in a legal means,” says Rummel. “And if guys want to hunt, as long as they follow Fish, Wildlife and Parks’ regulations, that’s legal, too.”

Activists want to end contests and events like this one. The Missoulian reports that animal rights organization In Defense of Animals plans to hold a special showing of a film that discusses the ecological importance of carnivores like wolves and coyotes within the environment.

“These mass killing events are motivated by the view that some animals are inherently so worthless that contests should celebrate killing them,” says Anja Heister, director of the Wild and Free campaign for In Defense of Animals, adding that the Sanders County event “has definitely sparked an interest to work” to limit or prohibit what she calls “unethical and ecologically reckless events.”