Monarch of the mountain

It was another one of those crisp mornings in the Mackenzie Mountains in the Northwest Territories. I was keeping busy at base camp after returning the day before from another successfully guided hunt. There is never a dull moment at Ram Head Outfitters. If we are not out guiding hunters to their trophy of a lifetime, we are busy making preparations for the next hunt.

After arriving back earlier than expected I had a few days before my next outing, so Stan decided that I should spend the next free days scouting. Just me, my backpack and the fresh mountain air. 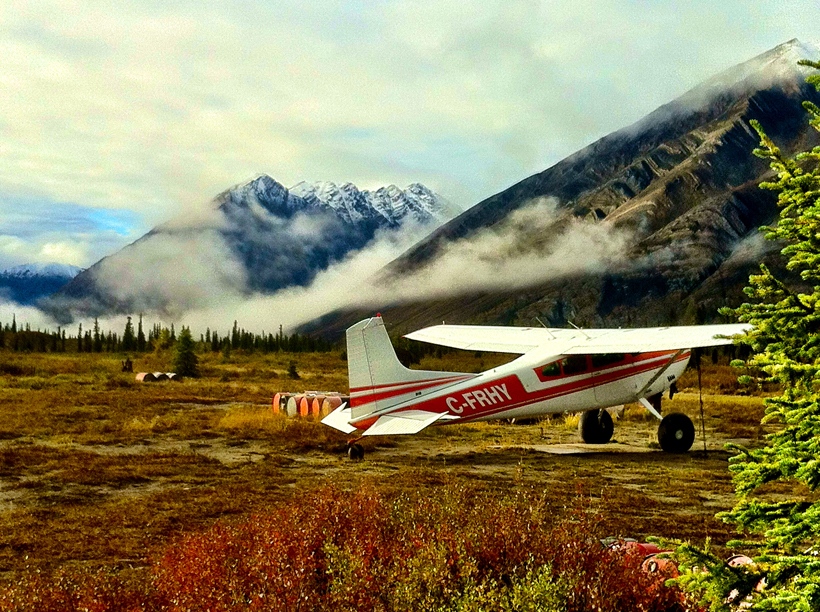 The sound of the plane slowly faded, and there I stood again in my element, surrounded by towering mountains and a trickling creek. The next couple days consisted of me searching for rams in rugged peaks and big open valleys in hopes of finding that next old monarch that Ram Head is famous for. 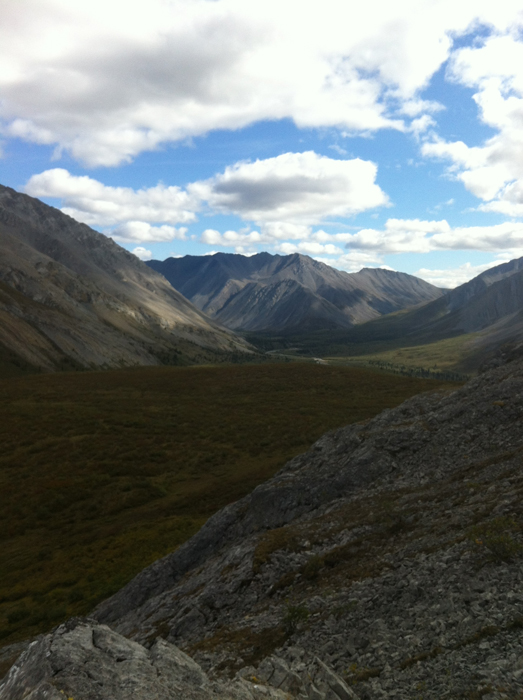 It was August 19, 2014  and I was two days into my scouting trip. My eyes were tired from glassing and my legs sore from walking. Sitting on a knoll, I scanned a high mountain slope. Eight rams appeared and what I stumbled upon next was a sheep hunter’s dream come true. 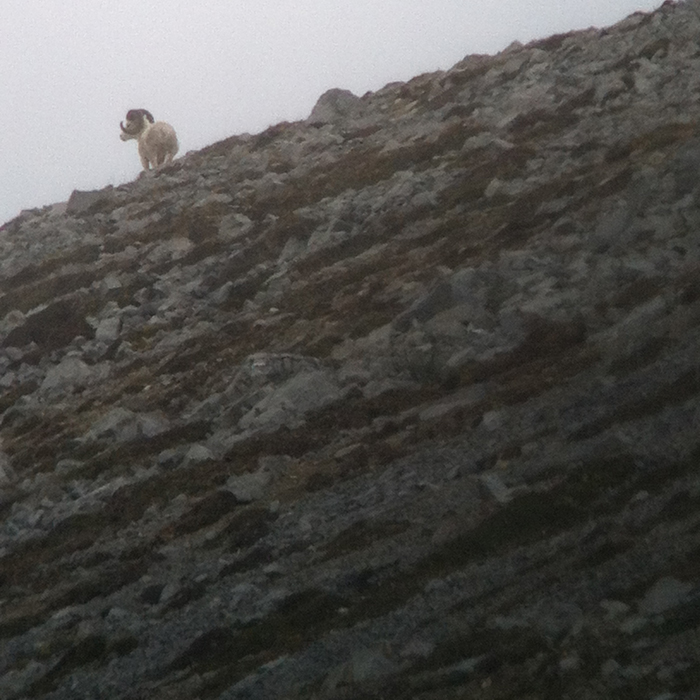 A true mountain monarch of a ram. A deep, heavy and twisting horned ram. I locked my Swarovski spotting scope onto him and patiently watched his every move. I knew my scouting trip had just ended when I found this ram, but in a whole new way. It was only the beginning of my next adventure as I said to myself, “that’s the one."

I only had two days left before my next guided hunt started and all I had to do was make sure that I could stay on this band of rams. Easy enough, right? 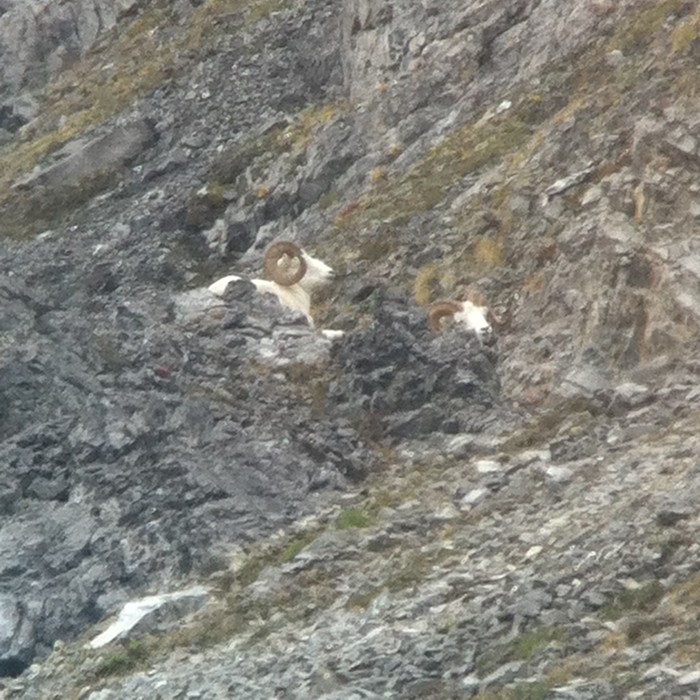 The next two days were spent playing a game of hide and seek with this band of rams. I was carefully keeping my distance, even though all I wanted to do was climb the mountain that they claimed home to make sure they were still there.

August 20 arrived and I was back to my tent away from the rams and waiting for the arrival of my hunter. He arrived around noon, and from the first second he stepped out and shook my hand, I could see not a second would be wasted. He was completely content and ready for the hunt as he looked around at the mountainous country. Unable to hunt for the first 12 hours after being dropped off, we spent the day catching up and enjoying the views that we were lucky enough to have in front of us. 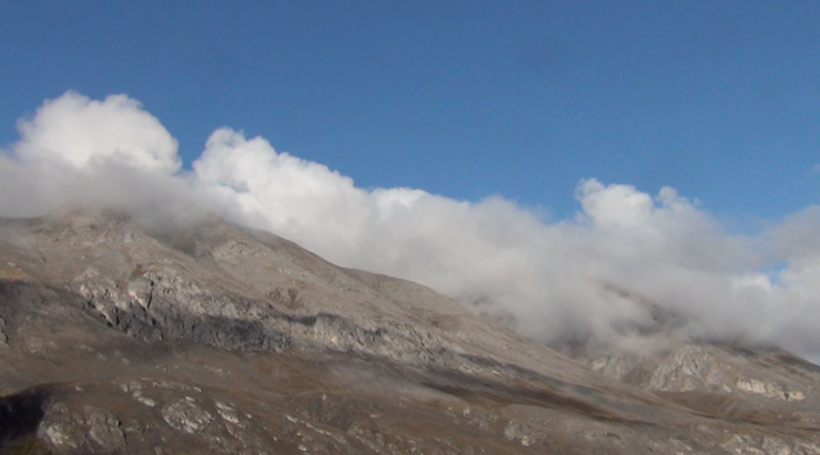 When the morning finally arrived we were able to start hunting. With breakfast finished and packs ready, we were soon on our way sheep hunting. Taking it slow, we scanned each mountain side. I led the way down the same large valley. I directed us back to the valley where I last saw the rams. However, this is the Northwest Territories and sheep could be anywhere!

The next few hours we hiked and glassed, but only saw pockets of young rams and ewes, so we continued on.

Soon, my eyes were locked on a band of rams. I had not seen sheep here during the previous days, so I was a little surprised. Playing it cool, I sat down and put my scope on them, looking at the rams until I found what I was hoping for: the same monarch from earlier that week. That sneaky band of rams! I turned to my hunter and said, “I found a few rams, want to look?" 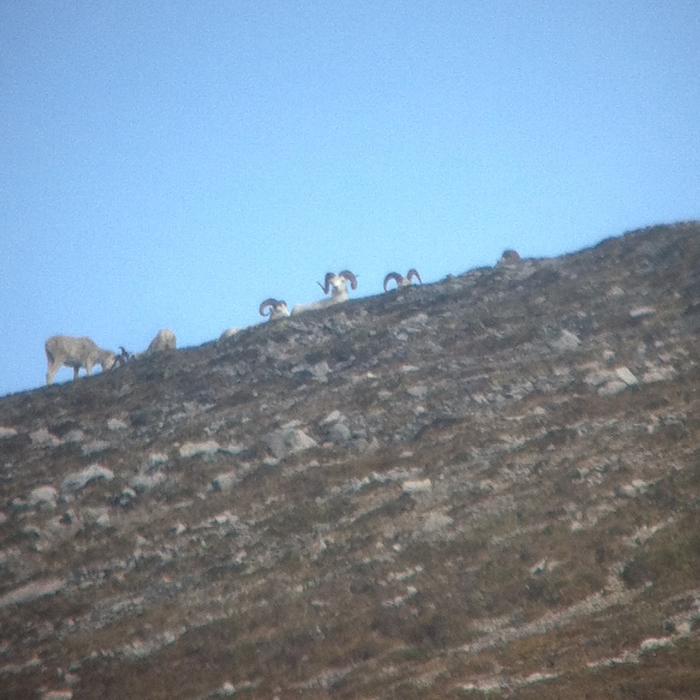 He peered through my scope and for a second it seemed like he did not even see them. Soon, the emotion showed on his face, and with a quick look at me, he smiled glowing with sheer excitement. Both of us were smiling and laughing — we knew we were looking at something special.

It was easy to sit there and admire the view, but now the reality of what we needed to do felt real. Checking the wind and assessing the different stalk options, I went with my instinct and started our approach. We all know the importance of patience when sheep hunting, and if not you quickly learn. Halfway to the rams, we became pinned down as they moved into a spot that gave them a birdseye view of the valley below. It became a game of patience. At 900 yards away, we needed to gain only a few hundred yards to be in business. Sitting patiently, I knew the rams would start feeding again and we could resume our stalk. 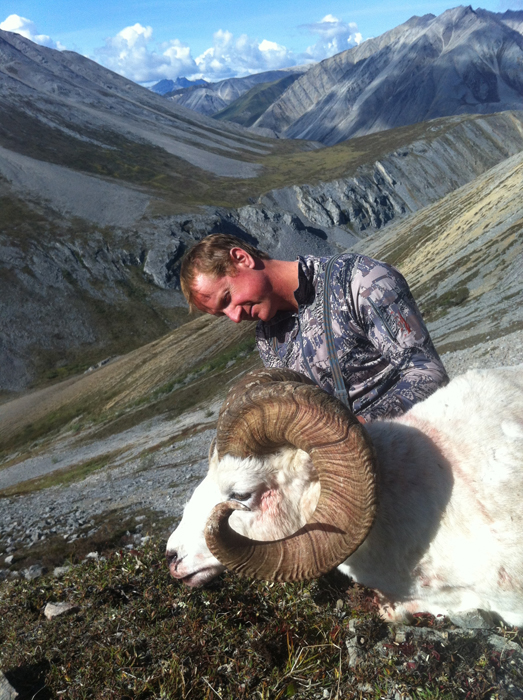 The rams were in feed mode and we were in stalk mode. Creeping closer and closer, we covered valuable ground and within what felt like a few minutes we had the pack layed out, and the pep talk began. "Breathe," "take your time," "squeeze the trigger." With the ram perfectly broadside at 400 yards, my hunter cracked off a round and the ram collapsed to the ground. 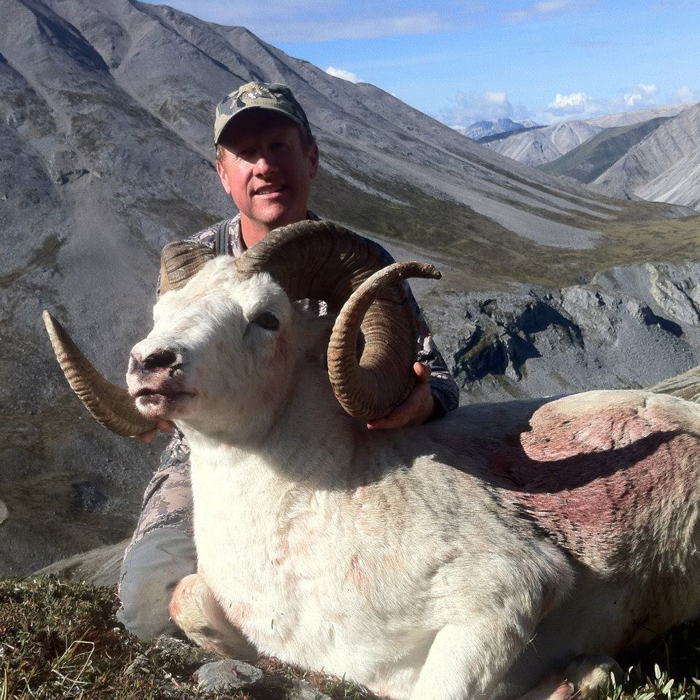 Hugs, highfives and sighs of emotion came next, my hunter couldn't believe he had just accomplished a dream he held for so long. 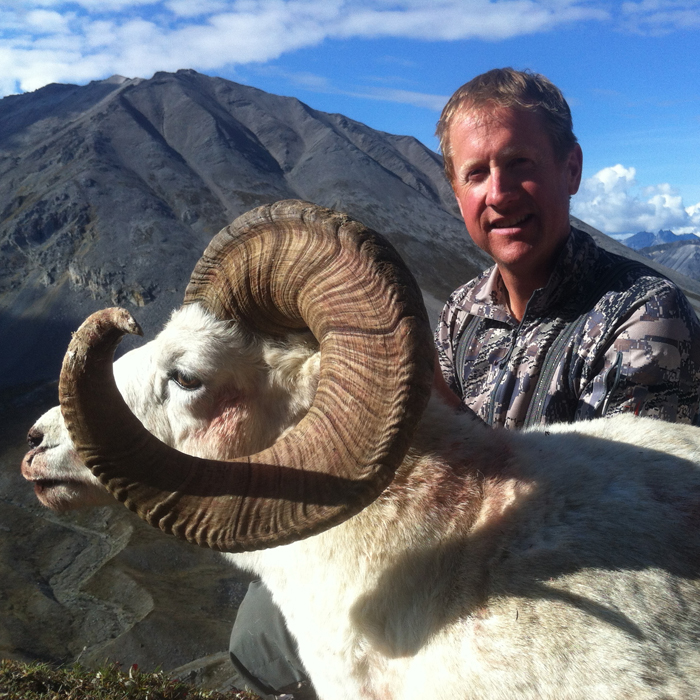 Finally holding the ram, the reality set in. An absolutely giant Dall sheep.  A true monarch of the mountain. It was 12 1/2 years old with heavy, deep and twisting horns. All we could do was sit there speechless in awe of the magnificent ram. 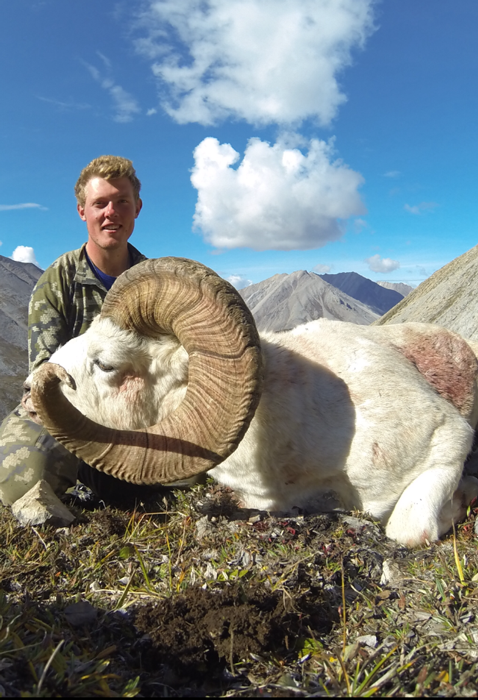 The day became a daze after getting to the ram. We enjoyed the time up on the mountain, taking time for quality photos and reliving the stalk we just accomplished. 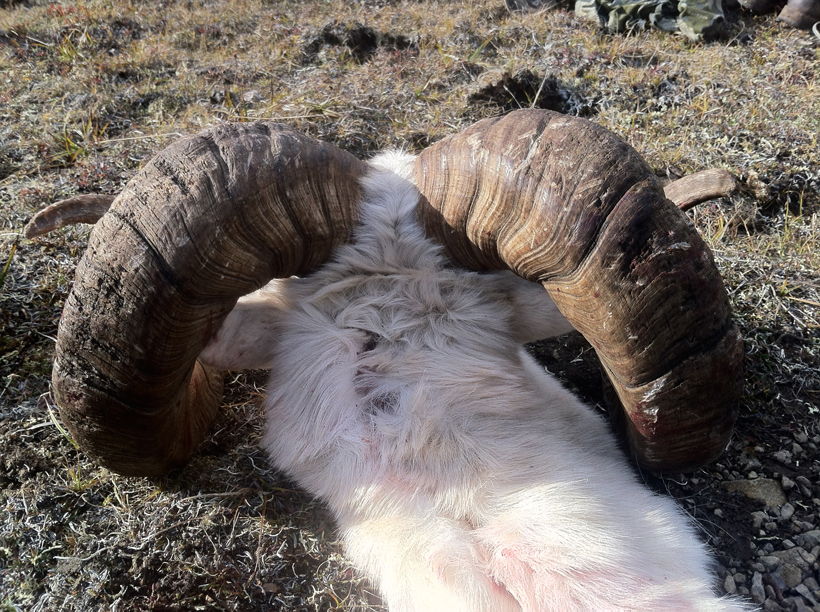 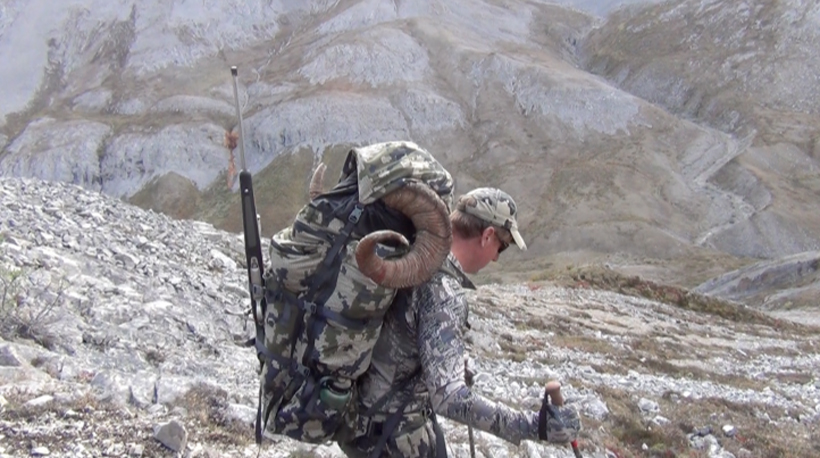 The long pack out was well worth it. After a long 18-hour day, we stumbled into camp. Dropping the packs, we sat again and admired the ram that now sat with us. 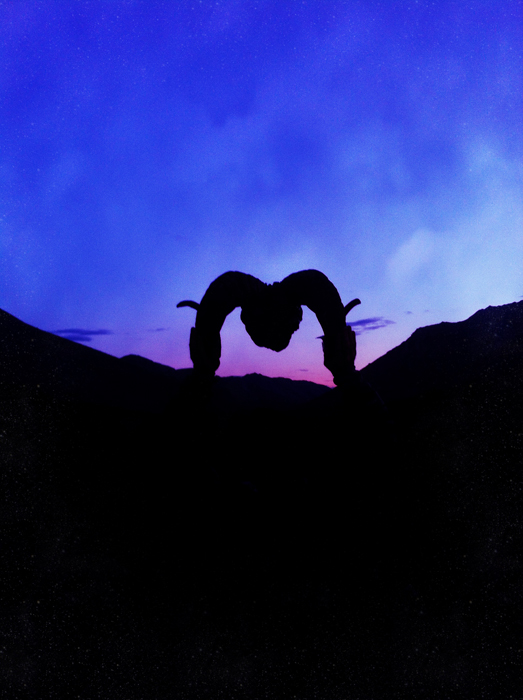 What a day and a hunt that we both will remember forever!

Here is a video that Nathan was able to capture from the hunt with Mark.