What to do when the hunting moral line is gray 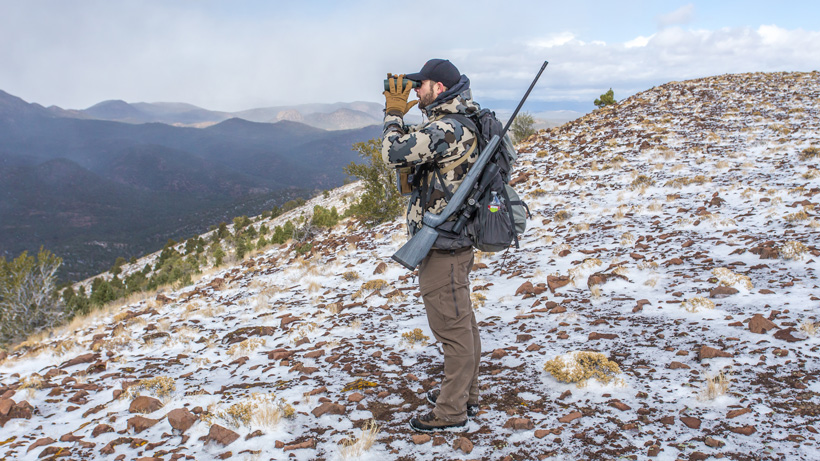 How do you decide what is right and wrong? For some, right vs. wrong is merely an issue of preference. For others, making the right decision is based on the letter of the law and they will not stray from that letter regardless of the circumstances. But what about when you are not sure if something is okay or not? What do you do when the lines are blurred and the choice is not clearly black and white?

The truth is that hunters face moral choices every time they set foot in the field (and many times well before they even leave their home). This is why it’s important to discuss ethics, especially with regard to making the right choice, and how to approach certain hunting scenarios that many of us will face. There are different ways to approach these scenarios and how we approach them shows the differences in each person’s decision-making process. Understanding what your natural tendencies are when it comes to making ethical decisions is critical to determine how to make the right decisions — even when those decisions go against your natural tendencies. Finally, it is important to determine the best way to go about making ethical decisions when hunting. 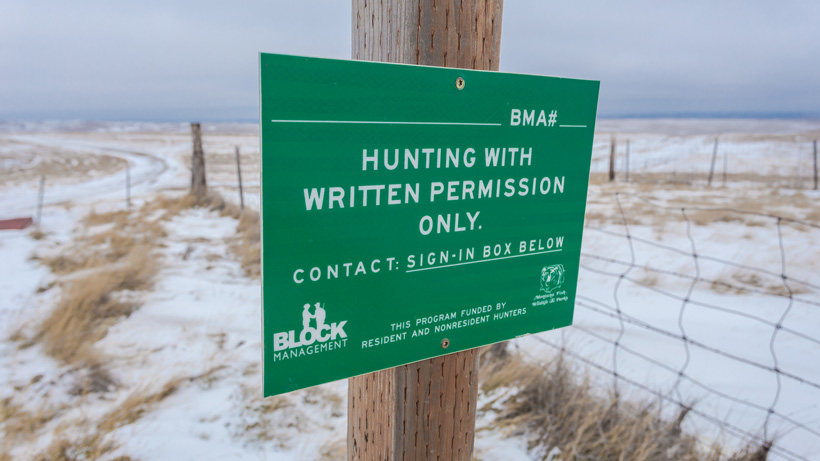 Everyone has a different motive behind their decisions. Here is a list of some of the most prevalent ethical systems/approaches that people take. While it’s not an exhaustive list, it is comprised of the primary systems of thought that many decision-making processes fall into:

This is the heartbeat of most unethical behavior. Egoism is the belief that something is right if it benefits you. An egoist will make a decision strictly based upon his or her perceived needs and wants. Laws and rules hold little bearing on an egoist's decisions; they are, at best, a mild hindrance to getting what one wants. Poaching can easily be summed up in this ethical approach. To the egoist, it doesn't matter that poaching is illegal; instead, that animal represents bragging rights, attention, acceptance, a filled freezer, or whatever else the poacher feels is more important than doing what is right. Egoism is wholly selfish and, as the name implies, based strictly upon one's ego.

Utilitarianism is based in the idea that the most ethical decision is one that has the most beneficial end for the greatest number of people. Under this system of thought, the idea that the "ends justify the means" is often used as justification for one's actions. For example, the North American model of wildlife conservation is a utilitarian-based ethic. Many oppose hunting as a means of conservation; however, the North American model, which uses hunting as the vehicle for conservation, has been proven to be the most effective model for conservation. Though animals are killed in the process, the combined result of managing herds through hunting and the funds brought in through associated fees has allowed North American wildlife to flourish beyond any other type of conservation effort. This model clearly shows that the end result has justified the means.

Principle-based ethics (also known as deontological ethics) is the ethical system where principles should regulate ethical behavior. A set of rules determines what is ethical because these rules are based on principle — not personal feeling or thought. For example, people who point to faith as a basis for their ethical decisions are exercising principle-based ethics because they believe that ethics are established by their religion/God (hence, deontological ethics). For those who hold to principle-based ethics, the law is the minimum standard for ethics and a perceived higher authority (such as religious views or additional social norms) will reinforce their adherence to the letter of the law.

Relativism (also known as subjectivism) has gained popularity over the last few centuries. Based upon the idea that there is no universal or objective basis for truth, relativism is based on the idea that right and wrong for one person is not a fair assessment of right and wrong for another person; ethics is relative from person to person. For example, let's say that two hunters are out and they see a mule deer with antlers. Only problem is that the deer is a spike and they are not sure if the antlers fork or not (a requirement in many states for a buck to be legal). One hunter might say he would never take the shot because he isn’t sure. The other hunter, being a relativist, might say that he would take the shot because it is meat for the freezer and others would understand; he will just hope that a game warden doesn't stop them on the way home. His relative idea about the extent to which the law applies to his situation has influenced his understanding of the situation. This example might seem like a clear cut unethical decision. Yet, you may be surprised how many people feel that laws are not ultimate and, instead, base their hunting decision on relative beliefs and see themselves as the exception to the rule. 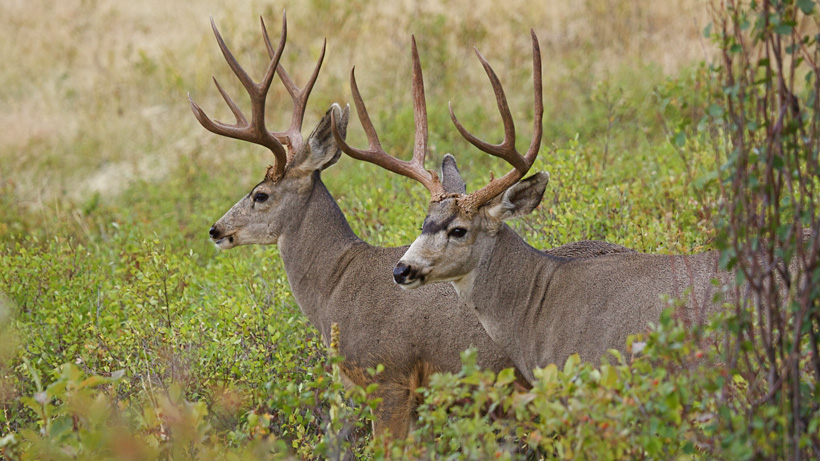 Now that the most prevalent ethical systems have been discussed, let's take a look at a scenario where you might have to make an ethical decision.

Image that you and a friend are out hunting mule deer together. You come over a ridge to find a large herd of deer feeding. You draw the short straw and are the first one to take a shot. Your friend glasses up a nice, big-bodied buck and you locate him in your riflescope. After you squeeze off a shot, the herd immediately scatters. As you and your friend walk up to the buck, you discover that due to the angle of sight and the size of the buck, you did not see a smaller buck standing directly behind him, feeding with his head down. Consequently, you killed two bucks with one shot. Both bucks are legal in the sense that they have forked antlers; however, the second was taken illegally since the bag limit for a hunter is one antlered deer. Your friend still has a tag, but it would be illegal for him to tag the second deer since he did not shoot it. What do you do?

How would the ethical systems respond to this scenario?

This would be based on a few reasons:

This decision reveals a subtle understory to utilitarian ethics though; ultimately, the decision was selfish. Decisions based on the biggest benefit for the biggest group are often made by placing oneself in said group so as to be the benefactor. While one could make a case for this being ethical, it is still illegal and the nature of it being acceptable is debatable at best.

The relativist would view this situation as not an issue of legality but, instead, an issue of his personal feelings on the matter. The relativist would debate the reasons why he should not be penalized for not knowing that there was another buck and would give reason as to why he never would have thought his bullet would have penetrated that well in the first place. He would come up with reasons as to why he is the exception to the rule and decide that he does not have to tell anyone about what happened. He would also not hold his friend to any decision either and would let his friend decide if he wanted to tag the second buck or go find a different one. Ultimately, the law does not matter to the relativist, as it is, in his mind, relative.

If the decision were based upon principal, the decision would be easy: the one who pulled the trigger would make a phone call to the game and fish department, pay whatever fine was assessed, and go home. While this might very well be the right decision and clearly the least suspect, the question remains: Is adherence to a principal-based system the only way to make a decision? For some, the answer is an emphatic "Yes!" For others, perhaps there is a different process for making a decision that would land on an equally ethical decision that would also allow someone to think through the decision in a meaningful way.

Which of these did you identify with? Or, perhaps, a better question is which of these most accurately summarizes your initial reaction to the scenario?

How to effectively solve ethical issues

Since only one of the responses to the scenario mentioned above can be seen as being clearly ethical and inline with the law (principle-based), let's discuss how to make an ethical decision in order to consider all of the information and ensure that we are always making the right decision. This is where thinking through things is better than adherence to a system. While you may still come to the same conclusion, you can arrive there with confidence, knowing that it was a well thought out process that led you to that decision.

Don't be overwhelmed by the number of steps below. Instead, these steps serve as an overview of the factors that must be considered when faced with an ethical dilemma. In reality, these steps will mentally occur in very rapid succession:

You illegally shot two legal animals. You were only allowed one buck and you accidentally shot two. Taking two legal bucks is against your state laws.

The ethical issues at hand are:

What principals have bearing on the situation

What are the alternatives?

There are a few options:

Do the alternatives allow for the principals to remain unviolated?

It is pretty easy to say that options two and three violate the principles at hand as well as violate multiple state laws. Options one and four maintain integrity and honesty and are in-line with state laws while option four allows for other suggestions at the discretion of the state official. Maybe he/she will offer another solution, maybe not; but you won't know unless you ask.

There are clear consequences with all options though the consequences for options two and three would be worse than the consequences of options one and four because you would have been trying to cover up the offense and mislead government officials, which is also illegal.

You have to make a decision at some point. Now you have to decide and act on that decision. 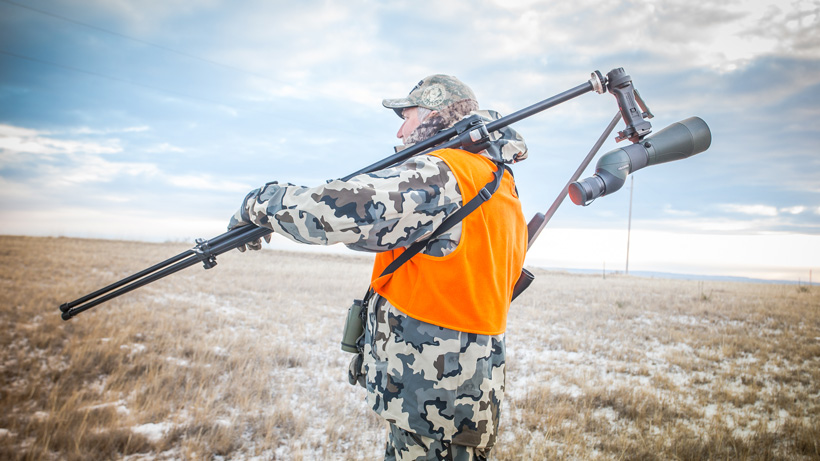 No one can make ethical decisions for you on a hunt. You have to make them on your own. My hope in writing this article is that you have a better understanding of what true ethics are — not just what is beneficial, but what is morally right. If you can think through your situation with integrity, you can make ethical decisions every day. Hunters face ethical issues all the time (whether or not to trespass, whether or not to take a shot that they are not 100% confident in, etc.) and should not base their decisions only on their own way of thinking. There is an objective standard for ethics that can be found when one adheres to state and federal laws while also thinking through their decisions.