What is an ethical shot? 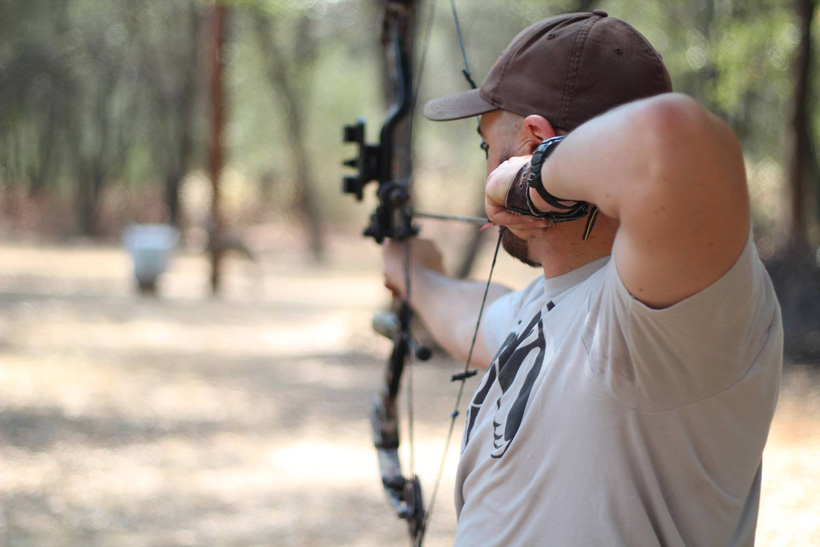 Whether hunting with a magnum caliber rifle, a recurve, or anything in between, the question of what is considered an ethical shot is hotly debated. How far is too far? What angles of impact are acceptable? The answer to these questions will vary from one hunter to another, but there are some guidelines and general rules to follow. 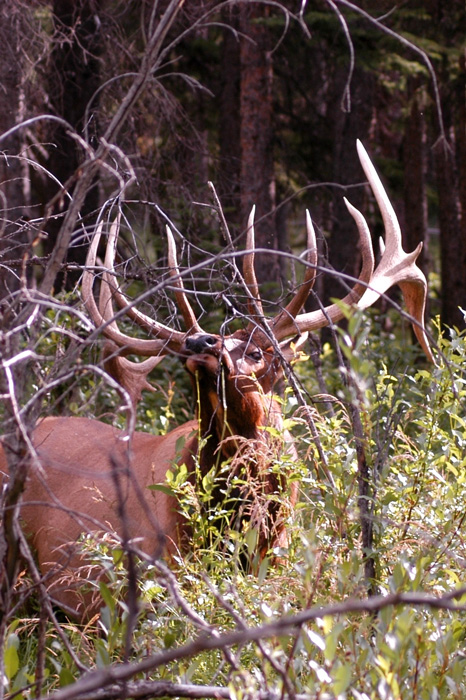 Imagine you have had the fortune of drawing a coveted limited entry archery elk tag in one of the West's prime units. You have invested time, effort and money in locating a trophy bull. Opening morning finds you behind the glass with a monster elk filling the field of view. You make a move to get to his level, estimate his approach and set up for the shot. A few cow calls and a challenge illicit a hair raising bugle and he is coming your way. After what seems like an eternity, you catch movement of sweeping back tines bobbing through the timber. He stops and unleashes another harrowing scream that has your heart pounding through your chest. As the bull comes into full view, you draw while his vision is obscured by a tree. He steps into your shooting lane at 70 yards, quartering to and stops. The bull knows something is up. In an instant he could wheel around and be gone. You have spent years acquiring points, months saving money, hours scouring maps and scouting and now the bull of your dreams is in your sight window. What do you do?

This scenario is hypothetical. Perhaps there is no clear "right" answer, but it helps to pose the question: "What is the ethical choice?" Perhaps you choose to wait for a better opportunity. This option will result in one of two outcomes. Either the bull spins and runs, never presenting a shot or the bull is overcome by desire and curiosity and continues his search for the challenger to his harem, possibly providing a better shot. If you choose to loose an arrow, more possibilities come into play. Maybe the arrow flies true, delivering a lethal blow and a clean kill. It is also possible that the arrow misses altogether and the bull still escapes. There is even a third possibility: the arrow strikes the bull, but does not penetrate the vitals, wounding the animal and resulting in pain and suffering not to mention no recovery.

As fair chase hunters, we owe it to the animals that we pursue for the shot to be lethal. Ethically, this means that we should only take shots that we are confident will deliver a lethal blow. Sometimes this means letting a trophy walk. Determining the answer to what makes a shot ethical is difficult to answer definitively across the board. An ethical shot is dependent on multiple variables.

You must be aware of the capability of your weapon. In order to be sure of an ethical shot, it is your duty to be well versed on your weapon’s effective range and performance. Whether using a rifle or a bow, the method of take must be matched to your quarry and be adequate to down your prey quickly and cleanly. This can vary depending on the hunter's ability and this familiarity can only be acquired through practice. 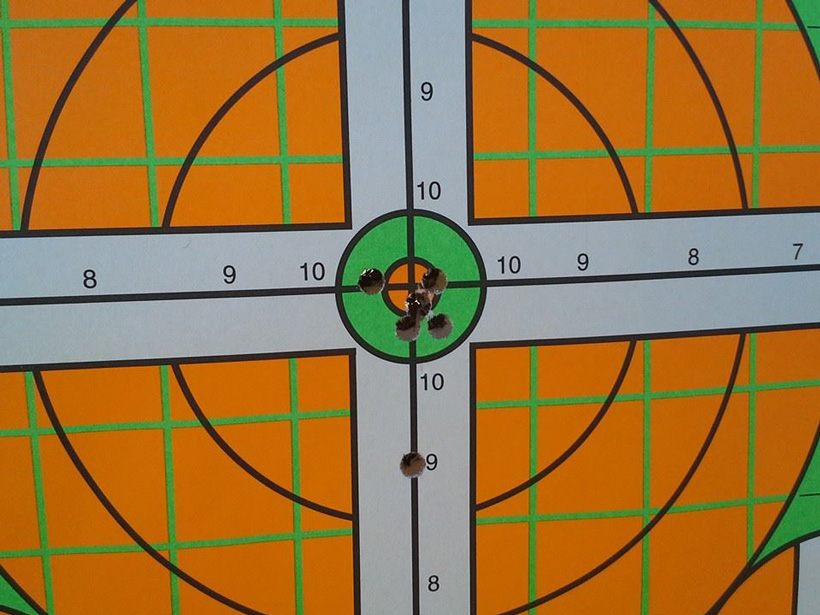 The Boone and Crockett Club’s Fair Chase Statement says that one must “attain and maintain the skills necessary to make the kill as certain and quick as possible.” Perhaps the most important variable is the preparedness of the individual. In order to make a truly ethical shot, a hunter must be confident that he can deliver a clean kill. Modern weapons have stretched the possibilities of accuracy at great distances, but if the operator of said weapon is not proficient, an ethical shot cannot be made. If the first time that you attempt a shot at 500 yards with a rifle is at an animal, how sure can you be that it will hit your intended mark? When preparing for any hunt, considerable time must be dedicated to practice at the range. This is so you are familiar with the capabilities of both the weapon and yourself as a shooter. Taking aim at a live target is not the time to find out what you and your weapon are capable of. An ethical hunter must be proficient with his weapon and know his limits. Proficiency is only achieved with practice.

Trajectory and point of impact 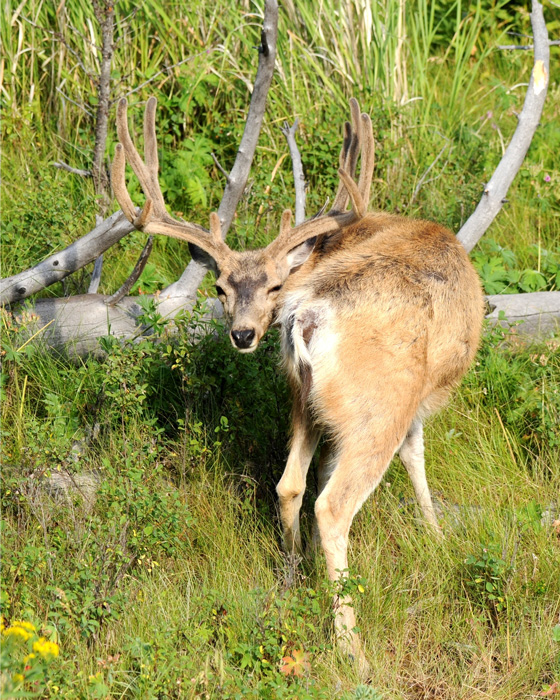 While an animal may be within effective range, and within an hunter’s capability, the position of the animal must come into consideration. While a broadside shot is ideal, it is not always feasible. A quartering away shot is preferred to both quartering to and frontal shots as well as the straight away shot. Lethal shots can be taken in any position, but with some positions come more opportunities for failure. Every effort must be made to obtain the shot opportunity that presents the highest probability for a quick kill. A hunter’s target with any weapon should be the vital organs. Head shots and neck shots can be lethal, but have a higher probability for failure. 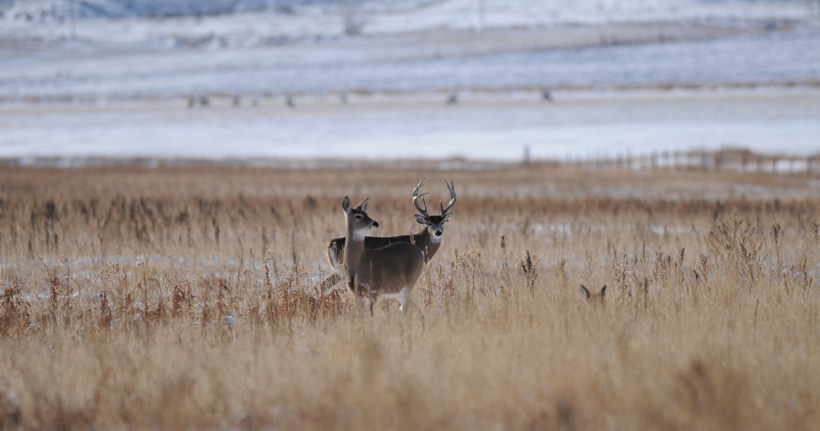 No matter the platform, the ethical range for taking a shot on an animal is usually the most widely debated. Opinions of ethical range abound, but there is no definitive answer. According to the Boone and Crockett Club, “Hunting, at its most fundamental level, is defined by a tenuous and unpredictable relationship between predator and prey. This is an intrinsic, irrefutable and intimate connection that cannot be compromised if the hunter is to maintain the sanctity of this relationship and any credible claim that hunting is challenging, rewarding, respectful of wild creatures, and in service to wildlife conservation. This connection is built upon many complex components that differentiate hunting from simply shooting or killing.” As distance increases, the possibility of missing or wounding an animal increases. There is no magic number or specific range that dictates an unethical shot; however, every effort must be made to get as close to the animal as possible. The distance at which an ethical shot is made is relative to the hunter’s skill acquired through preparation as well as his intention. 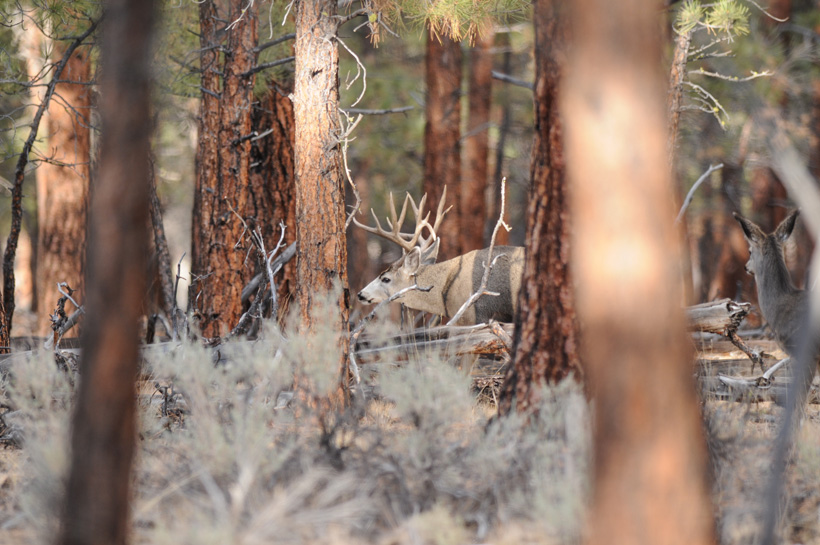 Many unethical shots that push the envelope of ethics occur when one's desire to kill an animal overrules better judgment. The choice to take a less than ideal shot at an animal for fear of him getting away can cross the line. We often encounter less than desirable shot opportunities as hunters. The decision to wait it out or pass on an opportunity is difficult, but fear of missing an opportunity at the animal we are pursuing must not encourage us to take a shot that we are unsure will be lethal.

Whether your effective range is 20 yards or 500, in order to make a truly ethical shot, you must be absolutely confident that your arrow or bullet will hit its mark. An ethical shot will vary from hunter to hunter, but one fact holds true throughout: an ethical shot is only taken when the shooter has full knowledge of his own and his weapon's capabilities, which are developed through practice. Mistakes happen, but we owe it to the animals that we pursue to only take the shots that we are prepared to make. Want to read more on this subject? You can check out these articles; The importance of hunting ethics and values and What to do when the hunting moral line is gray.