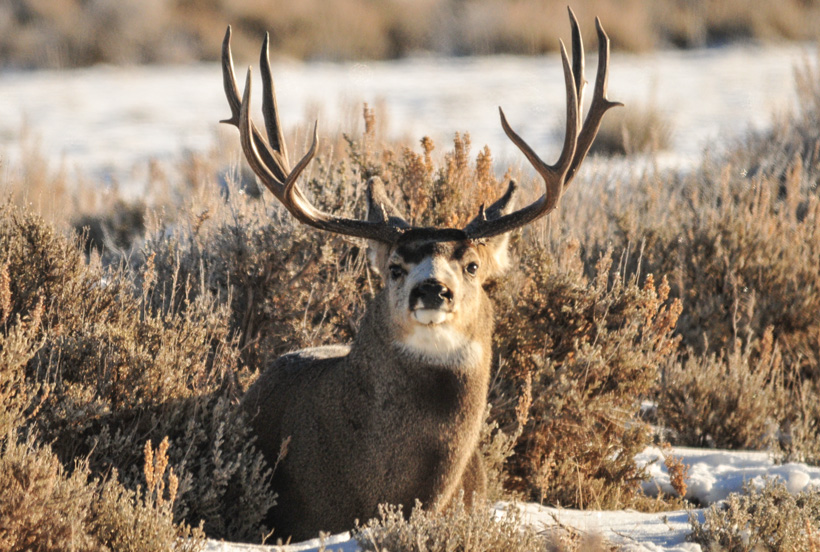 The Wyoming nonresident application deadline for deer and antelope is still two months away, and this year... that's a good thing. The reason? Everyone is waiting out the damage of the 2017 winter kill. Due to the harsh winter in the west, I highly suggest waiting until the last two weeks in May to apply for Wyoming deer and antelope. Waiting will hopefully give a better picture on the winter kill before you burn your points.

If you caught the last state-by-state winter kill article, you saw that most areas in the west are experiencing record precipitation levels. This week, Wyoming Game and Fish (WGF) had a series of commission meetings and some interesting notes came out of the meetings.

Results are starting to come in on radio collared mule deer on the Wyoming Range. WGF reported that of the 70 fawns with radio collars, 99% of them have died and there is only one collared fawn remaining. These are fawns that were born in 2016. Also, they aren't expecting many new fawns to drop this spring. That is due to the extremely low body fat (2-3%) recorded on mule deer does, which is the worst they have ever seen. Not only will the pregnancy rate be drastically decreased, based on ultrasound measurements, the unborn fawns in the pregnant does are smaller than average. Lighter fawns might have a difficult time surviving once born in the later part of spring. With this much mortality on the fawns, in a few years there is going to be a severe lack of mature deer in these impacted areas of Wyoming.

On top of the fawn death, they saw 25% collared doe mortality and there are talks of a 60% die off on does that are 6 plus years old (average age of mortality was 9.7). Update 3/26/17: the original 60% number I received mentioned bucks and that number was discussed in the evening of the commission meetings. I got this number from a friend of mine that is a Wyoming biologist. I did find this number to be very high, and I double checked with my source that they were referring to bucks. It came to my attention that the number is referring to does. I strive for accuracy in all of my articles, so I want to thank certain individuals for sending me the report.

Either way, it's never a good sign when you have a mortality this high whether it's bucks or does. Based on those numbers you could assume that a high amount of mortality is going on in the other sex. Radio collar research studies like these are very important and hopefully they can continue in 2017 so they can collar more deer. March through May is still the danger zone for deer. A severe spring storm could be even more devastating to this already fragile population. The vegetation that is starting to become available due to warmer weather, isn't the highest in nutritional content, so the weather needs to cooperate in order for deer to recover their low fat reserves.

Keep in mind, that even with this high morality from a radio collared survey and nonresident tag cuts, it doesn't mean that everyone should avoid hunting Wyoming in 2017. Yes a higher than average of mature does and bucks might be impacted from the winter, but a lot of younger two, three and four year old deer could survive the winter. The amount of moisture in the mountains is going to be way above average, so deer might be able to restore fat easier. Like mentioned above, with the amount of fawn mortality, in three to four years Wyoming could definitely see a gap in age classes. Just a few things to keep in mind as you prepare to apply for tags in 2017.

Currently there are talks about cutting the nonresident tags in Region G and Region H due to the high amount of deer mortality in the surrounding winter ranges. Both could receive roughly 200 less tags. Nothing is set in stone yet and more changes could still be made. We saw this same tag cut after the severe 2011 winter. Is cutting back only nonresident tags the best answer? Will this winter die off cause Wyoming to apply a limit on the amount of resident hunters on a region by region basis?

Below you'll see a historic look at the snow water equivalent percent of normal the past seven years. You can see that even though the 2016/17 winter was severe, it really isn't that out of the norm for some areas of the state. You can use the graphs to help judge if it will be worth burning points to hunt some of the Regions in Wyoming in 2017. 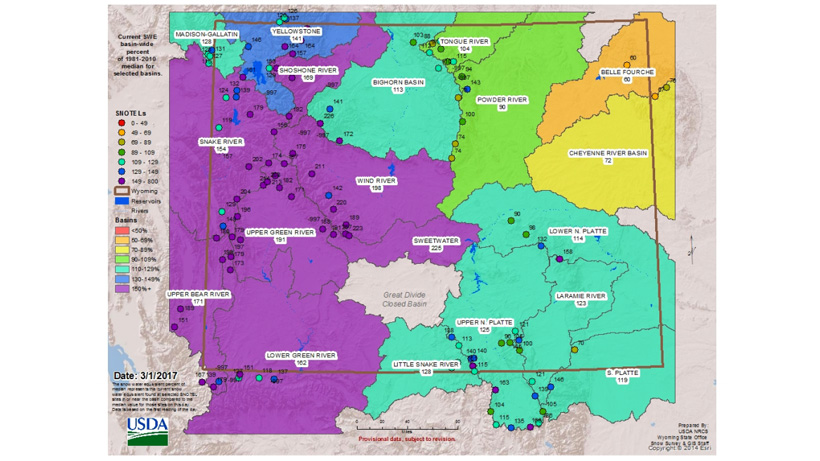 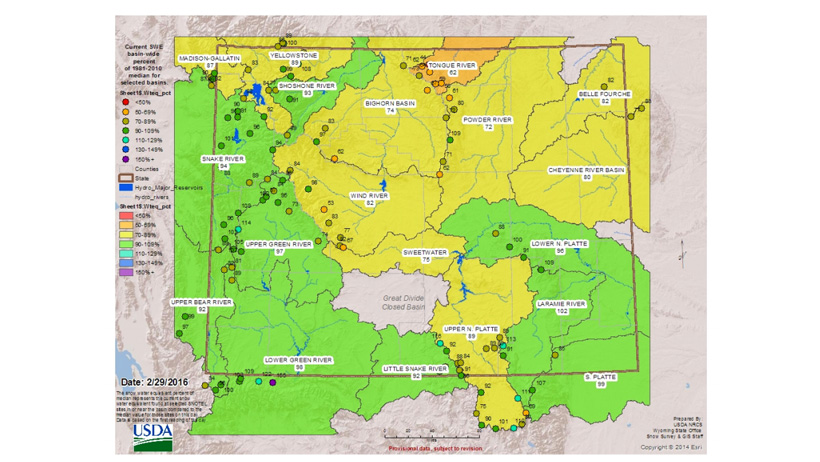 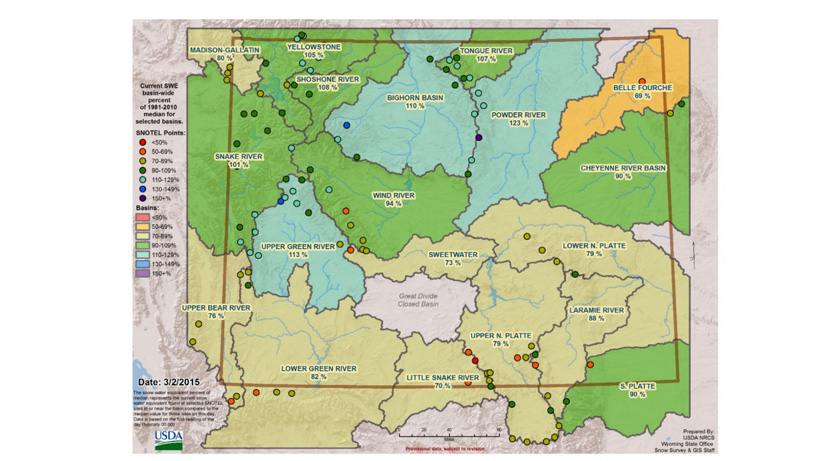 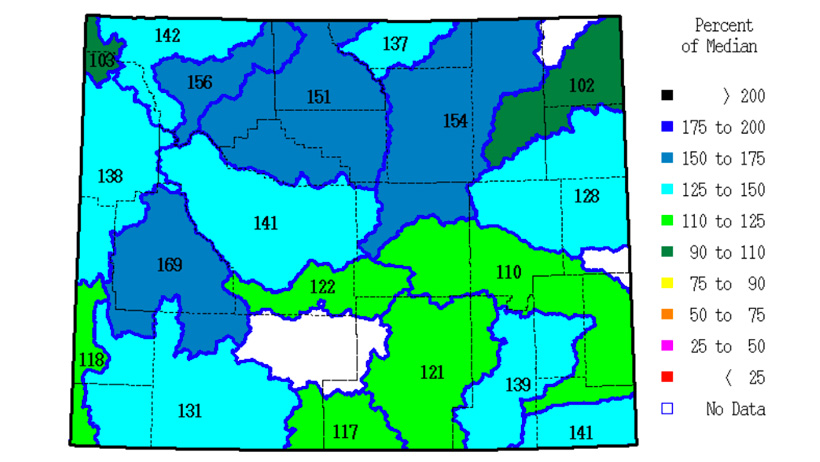 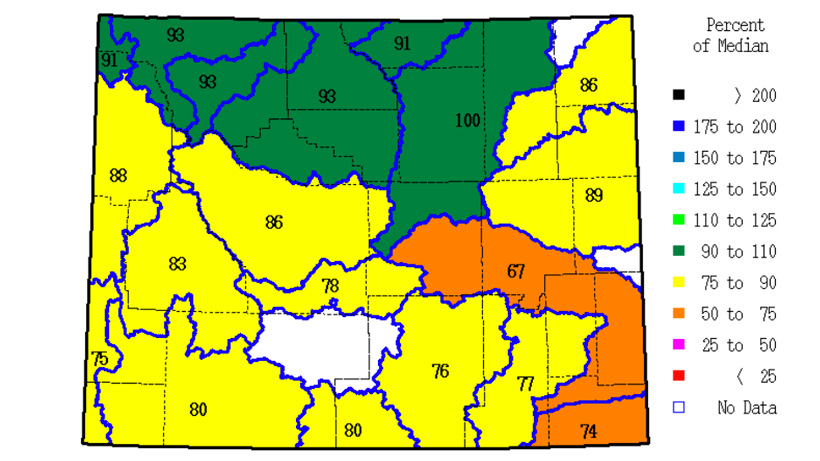 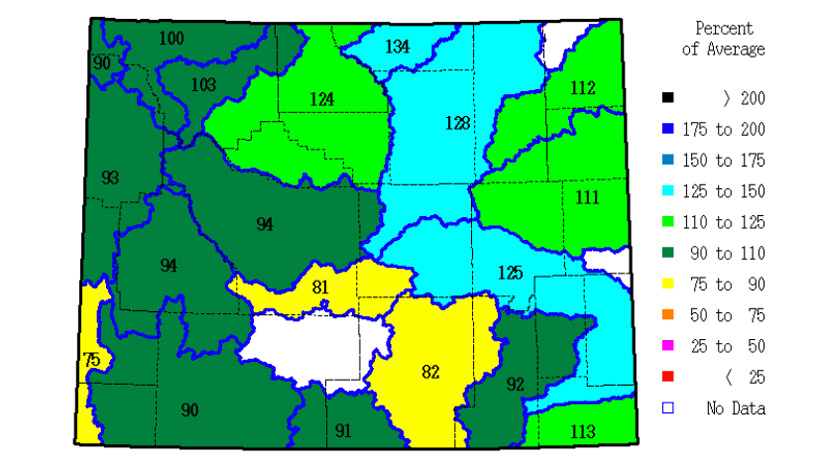 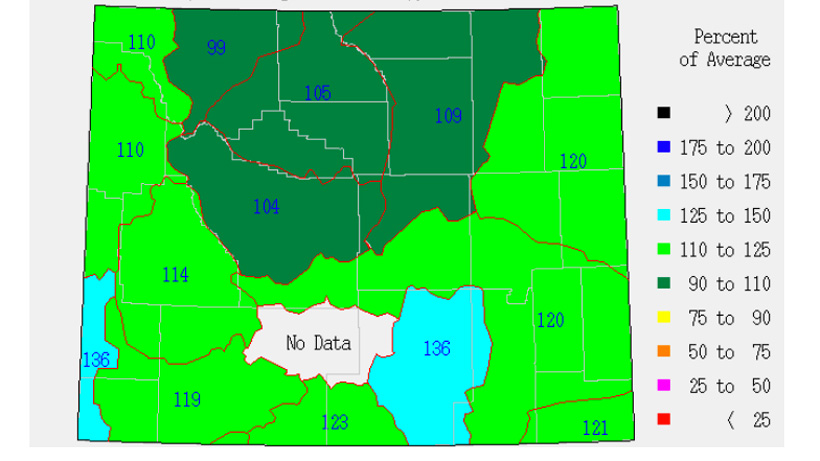