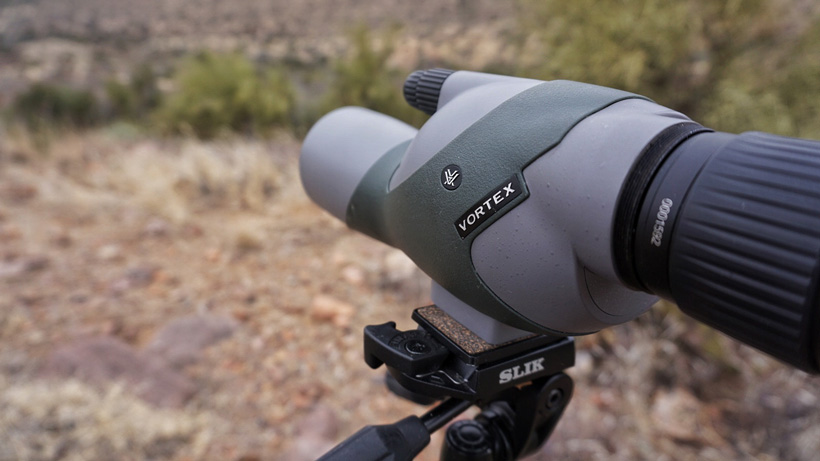 When someone says "long range hunting," what's the first thing that pops into your head? For me, it's two things: one, an image of high quality optics mounted on a tripod; the other, sadly, is people debating. I hate thinking that, but it is what it is. Every season I read at least one comment thread of someone being torn down for killing an animal at a range that someone else feels is out of reach. Instead of congratulating the person on an awesome shot, the hunter, instead, is called unethical and even told things like, "Learn how to hunt and get closer." These are hunter-on-hunter debates and, in some ways, attacks. That is not what we need at a time when so many other forces are trying to attack us and our way of life. However, we aren't here to talk about those types of comments. Instead, let's dive into this long range business. 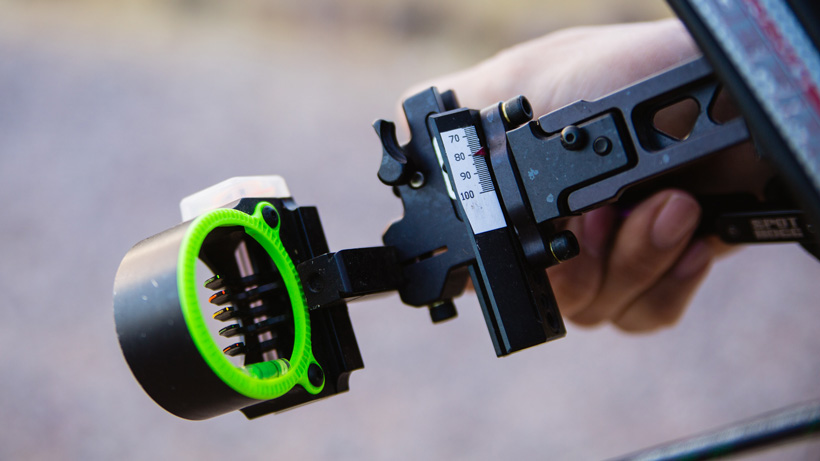 With time comes progression and with progression comes different viewpoints as well as boundaries being broken. Things that were once thought impossible are now possible. It's just the way of the world. When I was a kid, I played a ton of basketball. I started out shooting baskets from pretty close. From there I moved back a bit. Pretty soon I was at the free throw line. After that, I was shooting three-pointers, which became my favorite thing to do on the court. It made me feel awesome every time I would swish that ball through the net at those distances. It was my evolution as a basketball player. Did I lose you? Don't worry, we’re still talking about hunting. The same progression happened when I started shooting a bow. I went from 10 yards to 20 yards, etc., all the way out to 100 yards now. That same sensation I got from shooting three-pointers flows through me when I watch my arrow sail into the bullseye at great distance. I am not someone who shoots an arrow at 50 yards and doesn't wonder how I will shoot at 60. In fact, I think it's only natural for us to continue to step back and push our limits. It's how we grow.

The same can be said about technology. Twenty years ago, did you ever think you would be watching movies on your phone? I know I didn't. Do you remember flip phones? Yikes! I remember staring at those little screens like they were gold. Nowadays, I can't imagine using that type of phone ever again. We have full on HD phones now that can do more things than we’ll ever need out of a phone. The evolution of hunting gear is no different. Advancements in technology are making it easier and easier to shoot effectively at crazy distances. When I tell my dad how I shot a grouping in a pie plate at 100 yards with my bow, he just looks at me in awe about it. Without my fancy slider sight, I wouldn't be able to do that or, at least, not as well. I feel the same way about folks hitting steel plates with their rifles at 1,000 yards. It makes my head spin! Yet, more people are able to do it more and more. 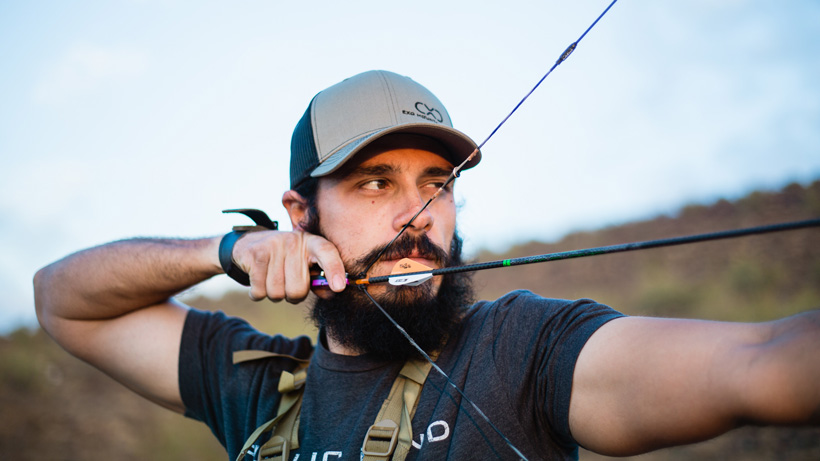 If someone is shooting proficiently at long-range, I personally chalk that up to skill. It's not all about how fancy your scope is; it’s also skill. You aren't going to find me shooting my rifle at 1,000 yards—I have a hard enough time making good shots at 200 yards! I do enjoy shooting my bow long-range, though, and am proud that I can do so. It took a lot of work for me to get to that point and the same goes with everyone else. Yes, we have gear that aids us in our long-range endeavors, but we still have to execute a great shot. The mechanics of our gear is absolute; we are not. At long-range, every imperfection we have as shooters is magnified. This might seem harsh, but not all shooters are created equal. It's the same reason that we aren't all professional athletes. Some people just get it and can perform the necessary actions in order to shoot out to distance. When it comes to actually hunting, that is another discussion.

Hunting at long-range gets a bad rap more often than not. I remember seeing a photo years back of a gentleman that killed an elk at 1,100 yards with his rifle. The first thing I thought was, "Why did he do that? He had to have been able to get closer." Then, I considered myself. I love to archery hunt and try to get close. Basically, the opposite of what this gentleman did. The fact of the matter is, if he put in the work, felt proficient at that distance, and read the animal/situation properly, who am I to judge him? Some people like to rely on their stalking ability and hunt with traditional bows to get as close as possible to animals. What's wrong with someone else relying on their shooting ability to hunt from further away? From those distances, the animal really doesn't know you are there! Each route has its own set of skills. While I’m not suggesting that everyone should go out and hunt long-range, I am suggesting that we shouldn't begrudge the folks that are doing it right. 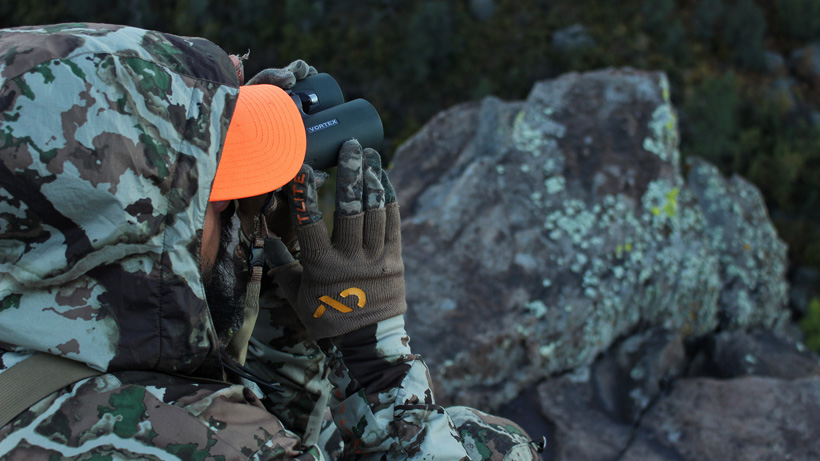 This is the sticky part of the conversation. Is hunting at long range ethical? I think that depends on who you are asking as well as who is behind the weapon. For instance, it wouldn't be ethical of me to try and shoot an animal at 600 yards with my rifle. However, it would be ethical for some of my friends to do so. Of course, that statement is based upon their shooting skills. I feel like the real sticky part of this is when we bring up the animals because they are just that: living, breathing beings making a living in various types of habitat and conditions. As hunters, we have a responsibility to make quick and clean kills out of respect for the game we chase. I hate seeing animals suffer and try to do everything I can to make that not become a reality. Being able to read an animal's body language and assess a situation is vital if you are to shoot long-range. In my opinion, an animal on edge and ready to bolt at any moment, (maybe to the sound of a shot going off, whether it is a bow or a rifle) is not what I would consider the right recipe for long-range success. Yet, an animal in its bed, broadside, with no wind, is a great situation if you have to stretch the distance. The truth is that what may be ethical practice for one hunter or situation may not necessarily be true for another. You have to be honest with yourself and your capabilities. 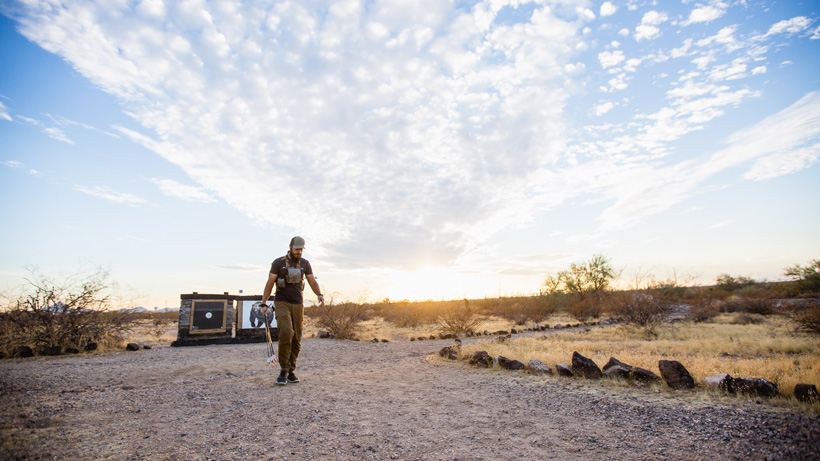 To bring this whole thing back to zero, I hope that as we progress as hunters, we try to get over some of these issues that we often bicker about. If someone is doing something different than you, that's OK. Long-range hunting isn't going anywhere. As long as people are making good choices and being honest with themselves and their abilities, there really isn’t anything wrong with it. That gentleman that is laying the hammer down at over 1,000 yards is just as skilled as the person stalking into spitting distance for a shot. It is just a different type of skill with a different type of formula, kind of like how some western hunters say that hunting whitetails in a treestand is easy. Sitting in a stand for 13 hours is anything but easy; it is simply a different approach. There is more than one way to skin a cat and certainly more than one way to hunt.