Hunters could talk about our their weapon of choice all day long. Yet there is an essential part of our setup that isn't talked about nearly as often as the weapon itself: the ammunition. We decided to take a closer look at the little bits of "fast metal" that make our rifles and muzzleloaders do the job they do. Here's what we found.

To start, we knew that the volume of bullets was probably pretty high — but were not prepared for how high it really was. If you include military and law enforcement, the number is above 10 billion. To put things in perspective, there are just over 7 billion people living on Earth.

Then we looked at the money. Civilian spending in 2014, according to the National Shooting Sports Foundation, was $8 billion. In 2011, it was $4 billion. Looking at the 2011 stats, we observed how it broke down by each category. Spending on rifles topped out the rest, with 36% of sales (about $1.4 billion) going to that category. Still, ammunition spending accounts for a good third of the total.

To keep up with all of this demand, manufacturing has to remain at high levels. Can you tell which state has most amount of weapons and ammo manufacturers in the entire country? That's right, California. 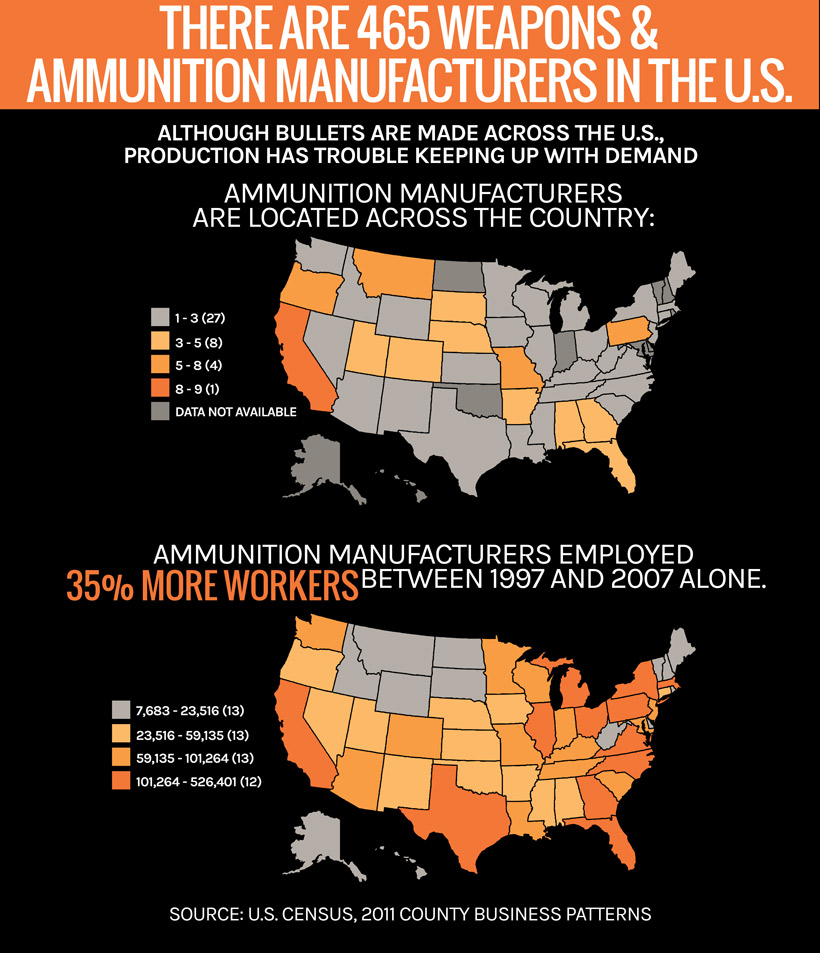 These manufacturers really are scrambling to keep up with demand. Here is a little scenario we laid out, just for .22s. 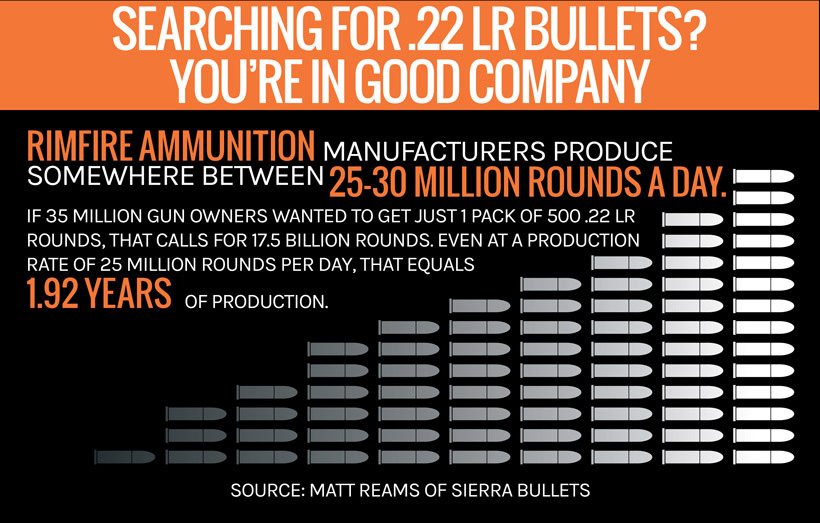 Lead bullets have been in the news a lot, as California banned the use of lead bullets when discharging a firearm on public land, and the Department of Interior considers following suit. We found, however, that there is a longer history of lead bullet bans, especially in the last decade, and that there is more to the lead story than just ammo. 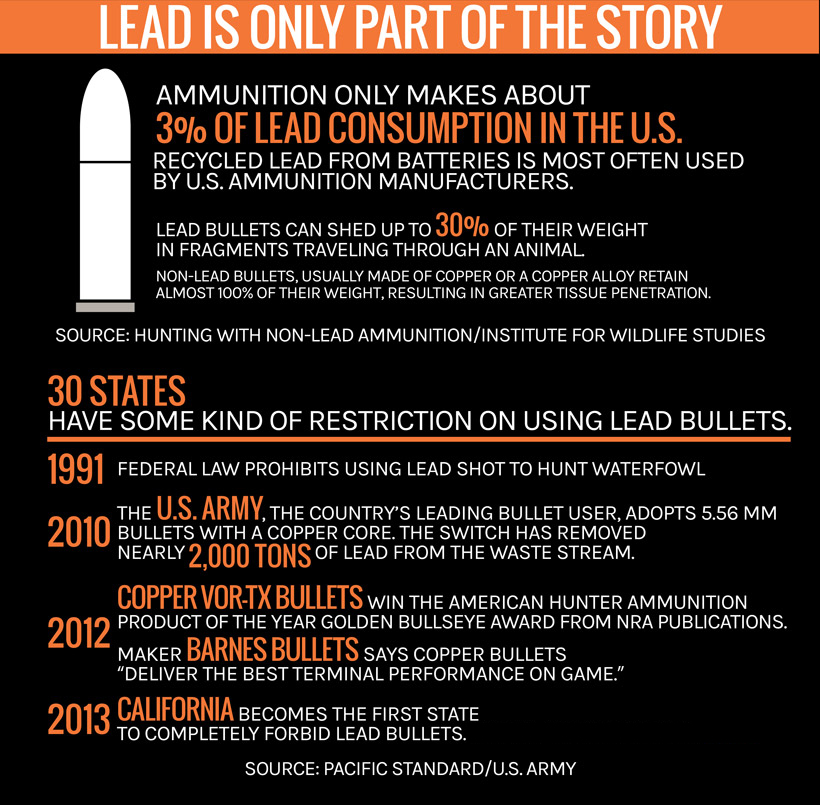 One random question about bullets that we wanted to answer was about the danger of shooting into the air. It was just one of those questions that no one seemed to be able to answer: We know it's not right, but how dangerous is it really? Here is what the data says. 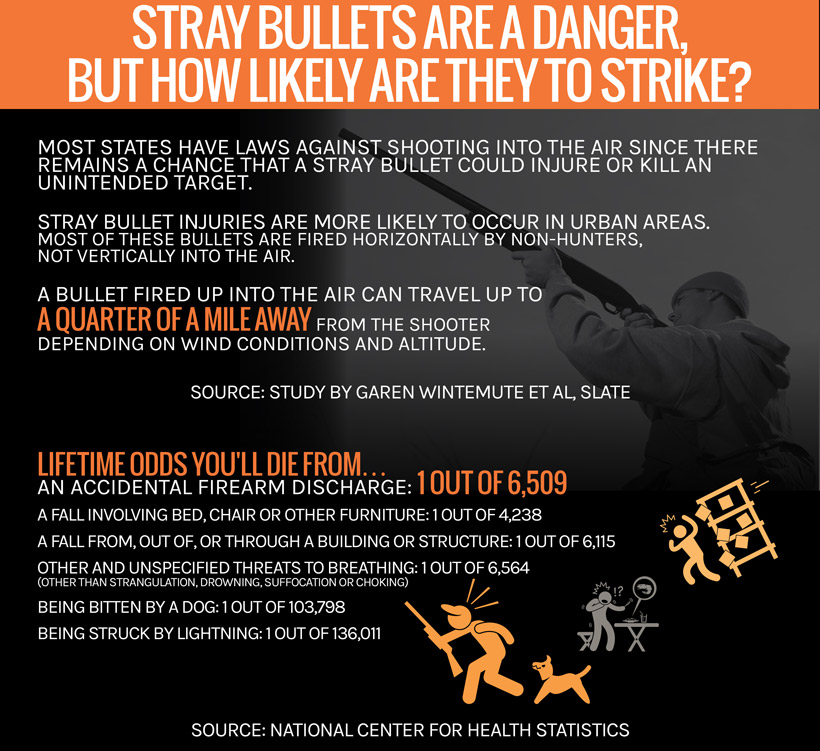