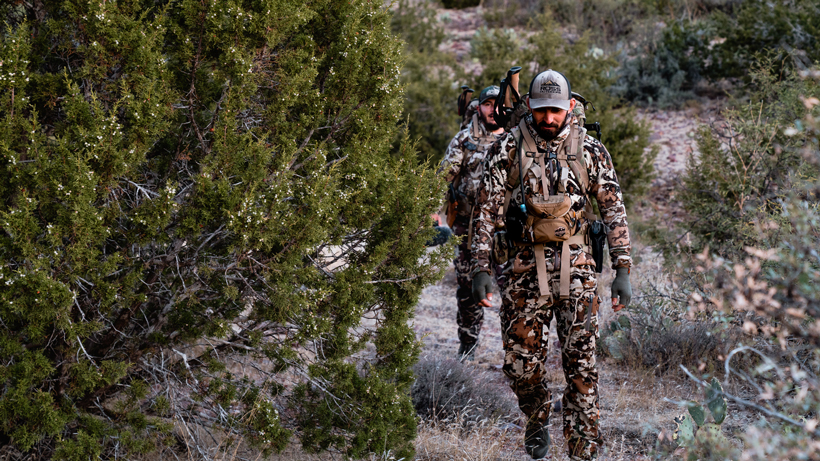 “The capacity to accept or tolerate delay, trouble or suffering without getting angry or upset.” What you just read is the definition of the word patience. It’s the attribute that fills more tags each year than any piece of gear in existence. Often, it’s the difference between blowing an opportunity and a heavy pack out. Patience isn’t something that we all just have endless amounts of though. Some have tons of it and others scrape the bottom of the barrel for it. Impatience is much more prevalent. The instant gratification lives we live feed that impatience. Yet, I do believe patience is something that can be learned, especially through the bits of positive reinforcement that comes from hunting success. Fighting through impatience is a battle most hunters deal with. I assure you: it can be beat. 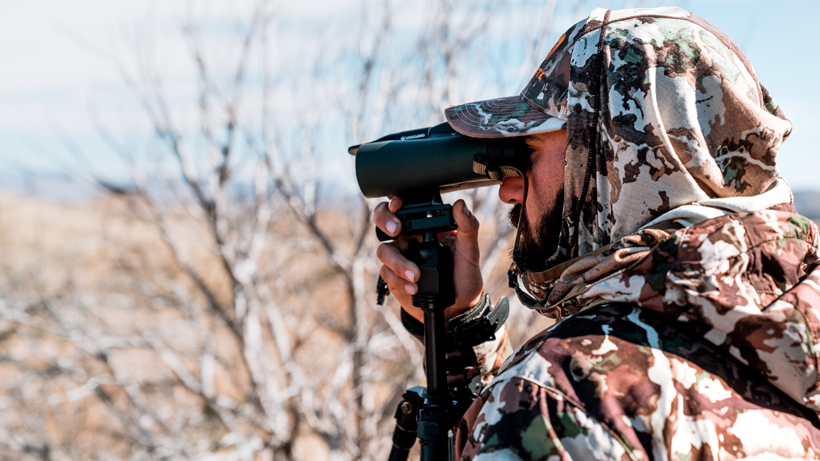 Assuming that you are anything like me, I’m going to guess that the upcoming hunting season is something that fills your jar of anticipation to an all time high. These trips only come around a few times or even once a year for some. So, the fact that we get excited about them is completely understandable. That very excitement/anticipation can have a way of skewing our patience once we do get in the field. Beforehand, getting ready for a hunt seems like a mad dash because we’re so pumped to get out there. Running through checklists, grabbing groceries, finishing up home projects, etc. It’s a lot before setting off into the mountains. That seemingly never ending and fast way of life is not the mindset we want to bring to the hills. We need to slow down because life out there is just different. It isn’t a hustle and bustle every day. It’s a take your time and go with the flow type of situation. I’m as passionate of a hunter as they come, but once in camp, it’s time to slow down and shake the city off. A tempo change is in order in the name of patience.

Is there really nothing there? 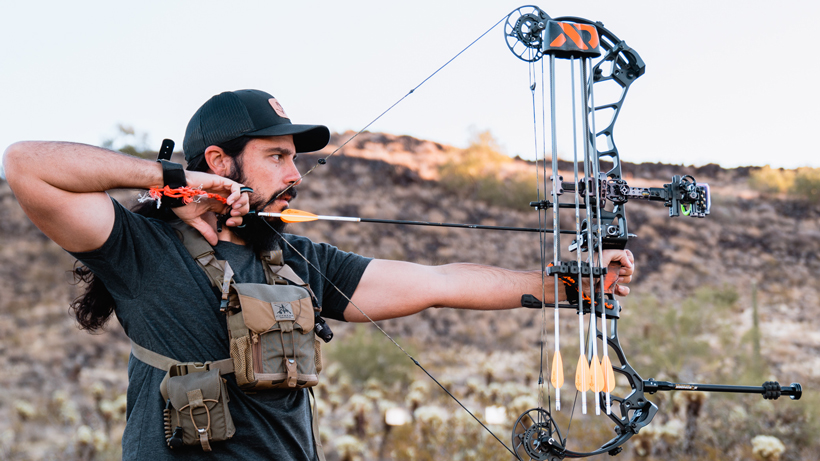 Just this past January, I had a killer backpack Coues deer hunt with a great friend of mine. The amount of deer that we saw was just plain silly. “Tripping over deer” is how we described it. Shortly after that great hunt, I sent another great friend of mine in there, assuring him there were loads of deer. After backpacking in there for a few days, he came back to tell me there were minimal deer in the area. I was shocked to hear this. My response was to join him back there for a few days to see these “minimal deer” for myself.

Upon my arrival, there were magically deer everywhere. This friend is a fantastic hunter and far from a newbie. His issue, though, was impatience behind the glass. Once I started pointing out deer after deer, he said, “I guess I wasn’t looking hard enough.” He was glassing too fast. The point here is that impatience often causes us to walk away from opportunities that are sitting right in front of us. We don’t know what we don’t know and we won’t know if a spot is good until we give it a fair shot. The only way to do that is to let things materialize and be there to witness them. 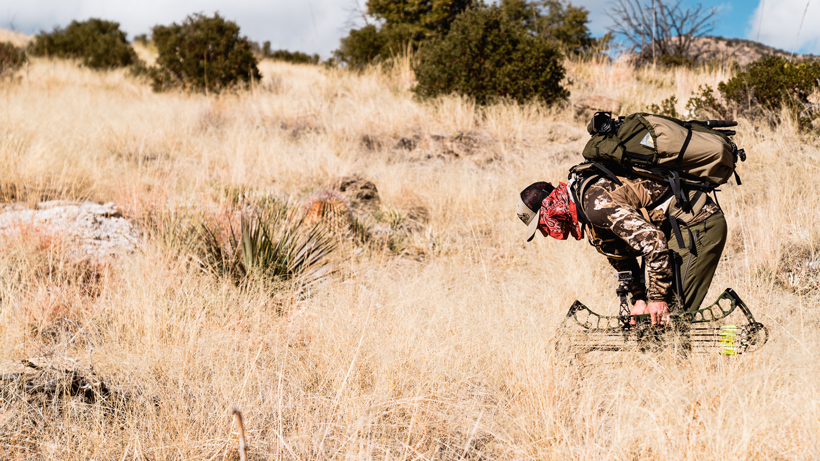 I lay in bed at night thinking about things like releasing a perfect arrow. From walking myself through the motions of a stalk to feeling that shot break, it’s a full-on dreaming with my eyes open scenario. Whether you consider yourself a bloodthirsty hunter or not, if you’ve got a tag in your pocket, you’re out there for a reason that spans past pretty sunsets. We all want to get that opportunity and make a great shot. This is a very intense moment, though, right? Everything we’ve worked for before the season and during is standing right in front of us. With all of that pressure, it’s no wonder that many choke under it. I’ve certainly been there myself, wanting it so badly that I end up rushing a shot and inevitably screwing up. While these are intense moments, we’ve usually got much more time than we think. So, soak it up. Revel in the opportunity you’ve created for yourself and let things happen how they may. There are definitely times that we need to be aggressive, but we also need to wait for that right shot. It doesn’t have to be perfect, but it does have to be right. Pulling a trigger out of desperation or worry that the animal is going to disappear on you is not a good place to be. Breathe, take your time and be a good hunter.

Once you’ve made the shot, if that animal hasn’t fallen in eyesight, it’s time to blood trail. When an animal is hit well, blood trailing is pretty straightforward. It’s when the shot is less than ideal that things get tricky. This can be an agonizing process and I truly believe that this is where many hunters fall victim to impatience, give up and cut their losses. If there was ever a time to truly slow way the heck down, it’s now. That might mean getting down on all fours and looking for any speck of blood that is hiding on the backside of a rock, leaf, etc. Something that I’ve found helpful here to fight impatience is taking a break. Sit down and eat something. Hitting the trail again with a slightly new perspective is often what’s needed when all feels lost. The amount of times I’ve been able to pick a blood trail back up by doing this is more times than I can count. We owe it to ourselves and the animal to give it everything we’ve got in these tough situations. Impatience is simply not welcomed here. 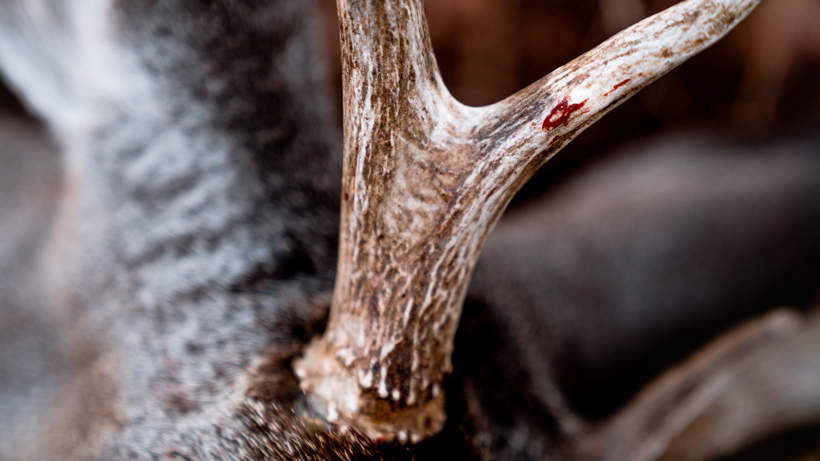 A couple years back, I found myself standing above a group of rutting Coues deer late in the evening. I was within bow range, but the only problem was, I didn’t have a visual upon my arrival. Knowing that they were there, I simply just waited from above. Eventually, a doe popped out feeding from behind a juniper and the buck followed. Suddenly, there was one less arrow in my quiver. Had I fell victim to my impatience, I would have pushed right down into the area where the deer were and probably blew them out by getting too close. Patience won the day that evening. At the end of the road, we all get a little impatient from time to time. Whether that’s at work or in the mountains, it hits us all in different degrees. Managing that impatience is what it’s all about and recognizing when we’re being too hasty will speak volumes. Patience kills.