Let’s not forget that hunting is about hunting 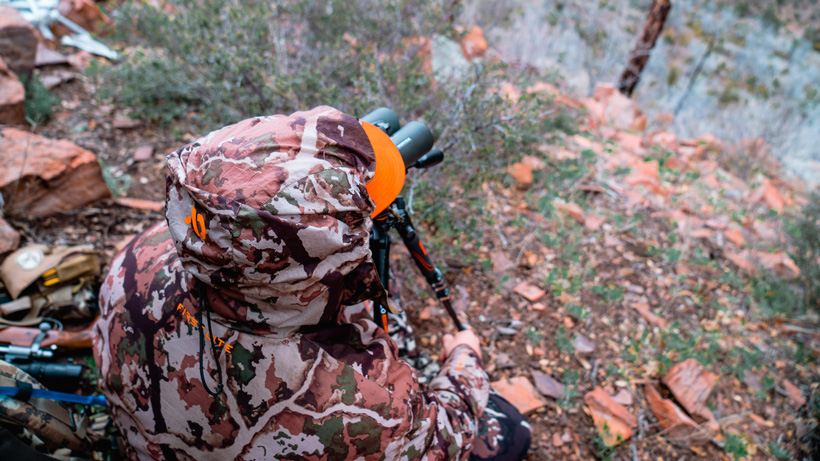 With time comes change. And with that change, comes different viewpoints, motives and new ideas. As old and rooted as hunting is, it has not remained immune to this evolution. Suddenly, what was once something that left me the oddball out in school is now thriving among a younger crowd these days. While I’m not against more people getting into hunting, I do have some reservations about them getting into it for the wrong reasons. In the digital age, we live in, with our lives plastered all over social media, some motives are different than what they once were. No longer does it seem to be just about hunting. For some, not all, it’s about likes, the flavor of the week in gear, and “getting into the industry.” Hunting though, at its core, is so much more than all of that. 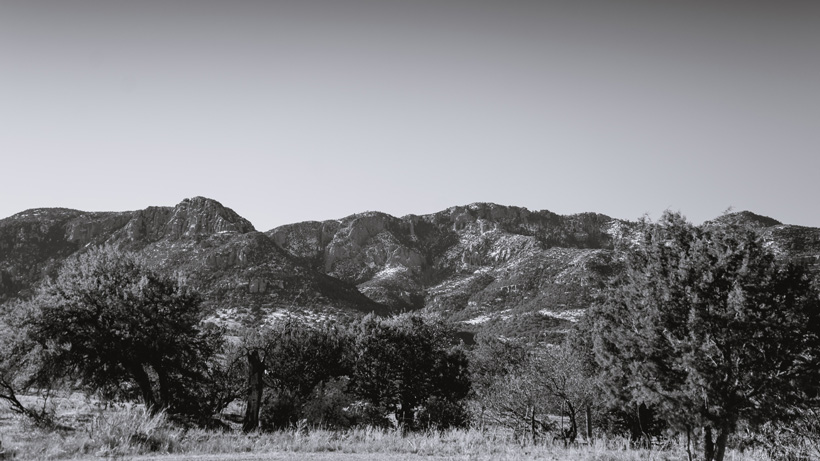 In the days of old, I imagine hunting camp in a very simple light. An old timer with leather-like hands, jeans and a red and black checkered jacket. He’d be sitting around a campfire at night watching his breath intermix with the smoke from the fire in the crisp cool air. A lever action rests on a nearby tree with the glow of that fire shining off of the action. There is no thought put to inches of antler. Just a will to gather a winter’s worth of fresh venison. Venison that would nourish his family waiting at home with no way of contacting him while he was out. The seasoned hunter didn’t have a backpack, binoculars or a rangefinder. All he had was his senses and that trusty shooting iron that put meat in the pot so many times before.

The past was a simpler time and one that is worth looking back on. Motives weren’t in reflection of gaining recognition. Relying on gear besides the rifle wasn’t in the equation. Map work didn’t require a cell phone charger and subscription. These hunters of the past truly knew what they were doing and hunted to both hunt and eat. There are many old stories of folks throwing antlers into the shed. They didn’t mean anything back then. And while the deer have not changed, the people certainly have. Interesting. 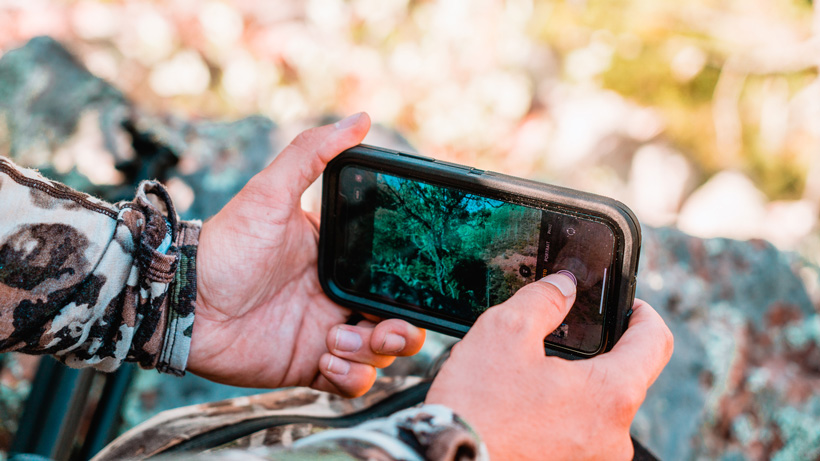 When I imagine hunting camps today, a similar sentiment to the days of old exists, but it isn’t nearly as simple. A young man hiking into a remote location with nothing more than what’s in his backpack. He’s trained physically all year for this endeavor and taken the time to properly research/test a bundle of new gear. This hunter came to hunting by way of social media later in life — not from the doing of his father. As he sits in camp and scrolls through Twitter or Facebook feeds, he daydreams about what tomorrow will bring. Will he find that giant buck he’s had his eyes on through scouting? Or will only small bucks show themselves not worthy of his arrow? He contemplates trying to shoot any buck that presents itself just for the meat. Throughout his evening, the hunter shoots a few photos to share with friends and some hunting companies online upon his return. He sleeps well that night as the audiobook on his phone swept him away from reality.

Modern hunters today have come more than a stone’s throw from hunters long ago. They are now outfitted with the best of the best gear, have the latest and greatest mapping software on their phones and are actually training year-round for hunting. Traveling out-of-state for hunts is much more prevalent as well. And then, sadly, there can be a few other motives at play here with some folks — motives that weren’t even a thing long ago. There is an undeniable drive to “hunt for a living” as well as gain recognition within our community. Folks want to get paid to explore their passions. I totally understand and I believe there is absolutely nothing wrong with pursuing a dream as long as it doesn’t cross a line and taint the experience that hunting so graciously bestows on us. Cross that line and you’ll find yourself hunting for the wrong reasons. Animals are not a product; they are a blessing for us to have on our planet.

What I hope to imagine for the future of hunting camps is this. A group of fellas stands around a campfire with little concern of the coming days. As the fire crackles, their smiles become even more infectious. Stories of old hunts are told and the hopes of hunts that have yet to come. There isn’t a number of inches they are searching for — just a damn good time together without the distractions of social media. There isn’t so much faith put into gear that they fail to exercise their knowledge of the landscape and the animals that walk it. These hunters see those landscapes and animals beyond what lies on the surface. They understand that what they are doing out there is a privilege and that privileges can be taken away. Respect for the land, animals and fellow hunters is something they all share. Selflessness runs through all of them deep and they are willing to all help one another without fail. And all of them are passionate about instilling this very love into their children. 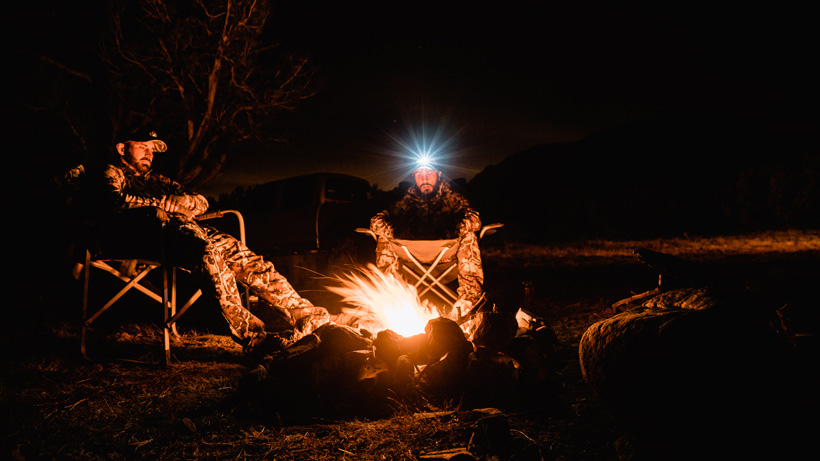 Imagining the future of hunting is interesting. No doubt: we are going to keep progressing with technology. I do hope that the sentiments of old can remain in play. However, there are a few variables that weren’t in rotation long ago. Things like hunter numbers dropping, harder tag draws and the ever growing attack on hunting itself. How all of this shakes out is really up to us. Whether you like it or not, the things that we post on social media, forums or blogs have an effect on the image of hunting. While that image had little influence in the past, it’s just the world that we live in today. So, when you don’t take the time to clean up an animal for a grip and grin photo, it matters. When you lash out at someone for some petty reason like how big a bull actually was, it matters. And when your kids hear “inches, inches, inches” it matters. 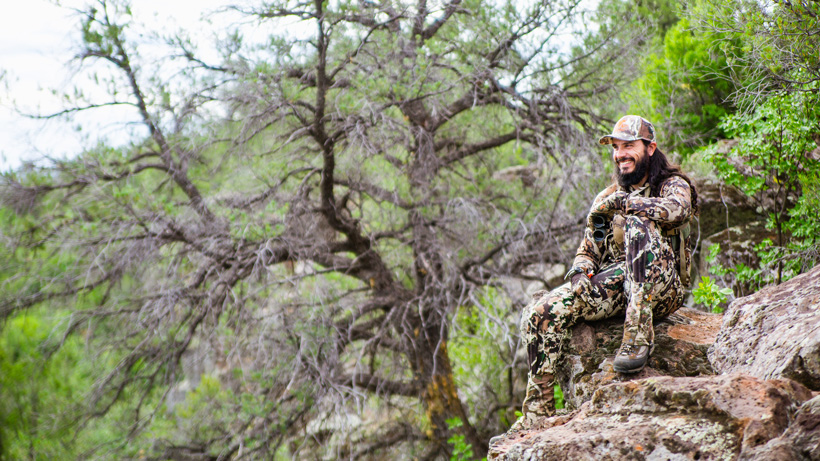 My dad and I always ambush hunted when I was a kid. I can remember the first time a deer ever walked upon us. Sitting up against a tree, I trembled with every swoosh of leaves that danced in my ear. My heart beat the inside of my chest as if it wanted to escape. Two does came into view a mere 10 yards away. It was like nothing I had ever felt. Being that close, admiring how they blinked their eyes and the subtle twitches in their nose was breathtaking. Looking back on times like this reminds me of the real reason hunting is important to me. It’s certainly not because of some plastic type gratification in the form of “likes.” It isn’t for the purpose of my bank account. And it isn’t for how highly others think of me. Hunting is my passion and way of life. That right there is priceless.