Is there such a thing as a bad hunt? 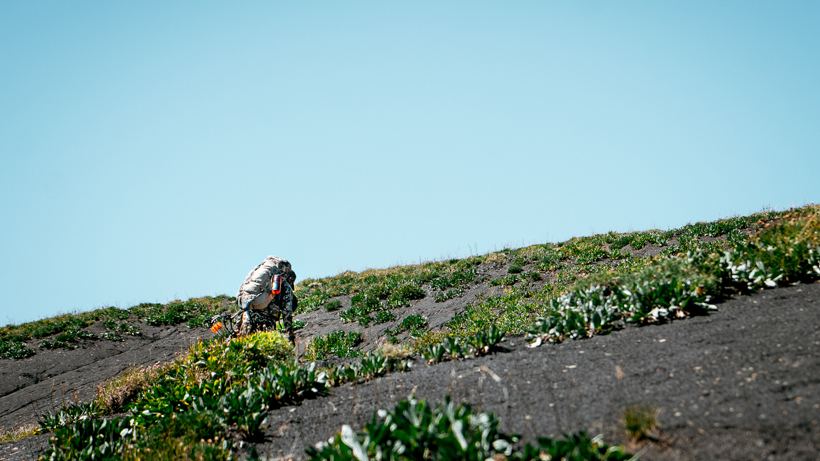 In the early fall of 2020, I found myself sitting in the dark on a favorite outcropping of mine in hopes of turning up a feeding bear once light gave way to the country beneath me. This is a spot that I’ve really grown attached to through the years and, ultimately, where I learned how to bear hunt. As I sat in the still of the darkness, tiny bouncing headlamps were starting to show up in various locations in front of me. Several different groups of hunters were making their way into the same area I was in. An area that I went four years without seeing a soul. The bears were absent from the area and it was quite disappointing if I’m being honest. I could have easily labeled this a “bad hunt” and left that country with a sour grin on my face complaining about hunting pressure along with the laundry list of other things hunters complain about these days. It wasn’t a bad hunt though as I believe there is no such thing.

Bad and difficult are different

Let’s not get confused here. There is a difference between bad and difficult. I feel like these are used interchangeably sometimes and they’re just not the same. Here’s what I believe happens. Difficulty leads to frustration, which can lead to leaving a bad taste in someone’s mouth. Just because something is hard to do doesn’t mean the experience as a whole is bad. Let me give an example in hunting terms for you. 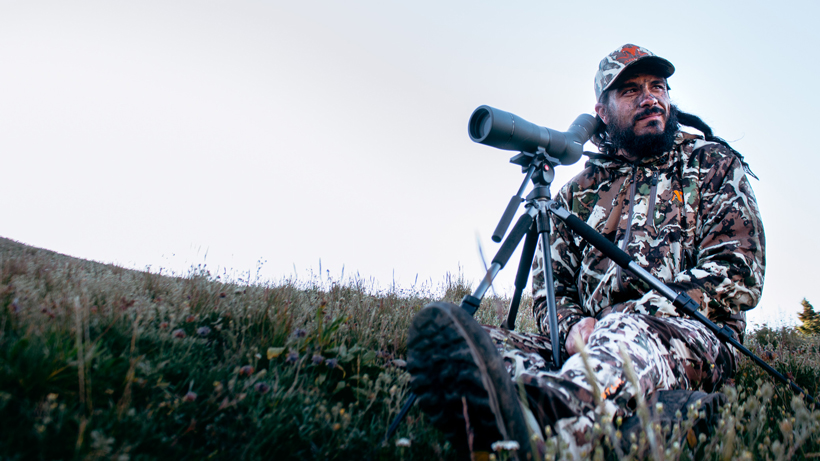 Just this past year I drew an early archery mule deer tag in Colorado. My anticipation for this hunt was through the roof. I couldn’t wait to make my way above the tree line and start glassing for bucks. Upon my arrival, things weren’t as good as I thought they were going to be. In fact, for the next five days, I never even laid eyes on a buck in my unit. I saw plenty of deer — just no antlers. Even though I came up empty handed there, I wouldn’t call it a bad hunt. I’d call it difficult. The bucks were there somewhere; I just didn’t find them. That’s not the hunt’s fault. That’s my fault. I walked out of the alpine with a smile on my face.

How we look at any given situation has a direct impact on our attitude towards it. In hunting, this is huge. I said that I walked out of the alpine with a smile on my face. That smile obviously wasn’t for the lack of giant velvet antlers on my back and the absence of game meat. It was because of the bigger picture. I had just gotten to backpack into a breathtakingly beautiful place and archery hunt for mule deer. It was an adventure. The whole experience of just living in the dirt and “playing the game” was enough for me. I recognized that I was immensely lucky to even get to do so. A positive perspective will give way to a positive attitude. 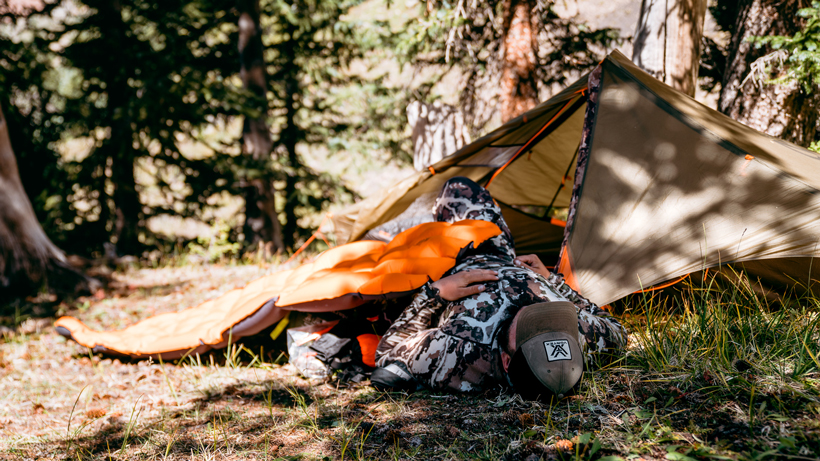 Another thing that can bog you down is expectations. Expectations are a funny thing. We tend to naturally create them through our past experiences or through others. Great hunts — as great as they may be — are a culprit of creating high expectations, which is a great way to set yourself up for disappointment in future hunts. We need to try and return to zero before the next adventure. The previous year from the aforementioned mule deer hunt, I was lucky enough to tag a buck in the high country. It was a hunt that I was incredibly proud of and re-lived throughout the entire year up until the following season. I’d be lying if I said the previous year’s hunt wasn’t at the forefront of my mind and altering my expectations of what was to come. The fact of the matter was though that this was still a very new hunt to me and my expectations needed to reflect that. That right there saved my attitude quite a bit.

“Hunting isn’t all roses and gumdrops” 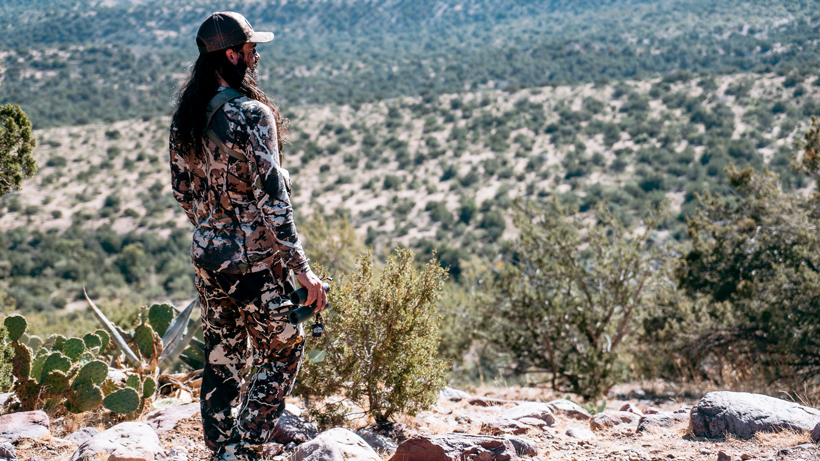 “A bad day on a hunt is better than a good day at work.” That saying has shown its face more than a few times in hunting conversations. Being out in the field — whether it’s alone or with friends — is downright therapeutic. The peace and quiet cleanses your mind and sets you right. Your physical and mental fortitude seems to always get a great workout. And then there is the comradery that we share together in the field. Friendships are solidified. Some of my best friendships have been forged out on the hill. Spend a week with someone living in the dirt and you get to know them pretty well. As lovely as that sounds, there are two sides to every coin. Hunting isn’t always roses and gumdrops. Things happen that sometimes make the road to success a bit more bumpy than we’d like. Knowing that ahead of time is beneficial when it comes to dealing with these small adversities that may or may not arise. I’m not saying that we should necessarily expect to go against the grain, but we also shouldn’t turn ourselves away from the possibility of doing so. Heading into a hunt with the right frame of mind like this turns mountains into molehills.

We are incredibly lucky

I have to admit. Seeing all of those other headlamps that morning was crushing to me. It made me feel like I had lost a great friend or something. Right then, it was time for a reevaluation. Sure, it was disappointing to see those other hunters in “my spot.” But to get upset about it would have ruined my whole hunt. Instead, I adapted and moved to a different area. Wrapped my tag around a bear the last day and nobody else was around. Hunting is an opportunity, not an exchange of goods. The glass remains half full. 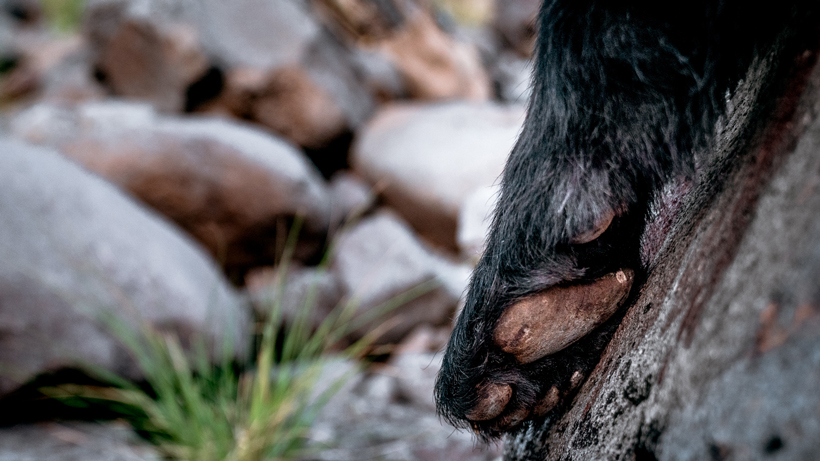 We are incredibly lucky to get to do what we do. Chasing our wild passions through some of the most stunning places on earth is a privilege. Hunting is a privilege. Those are things that I truly believe are often taken for granted. The fact that we get to partake in them is a blessing. Not all parts of the world are like that and not everyone has the ability to do these things. The two legs beneath you that carry all of your gear up the mountain is a gift. The lungs that expand and contract and the heart that beats in your chest is a gift. And the disposable income that allows these hunts to happen is a gift. So the next time you’re out on a “bad hunt,” count yourself lucky. You’re lucky to be out there struggling on a hunt. Because, let’s be honest here, that’s not a struggle at all. It’s a gift.