Hunter numbers dwindling across the US, not in the West 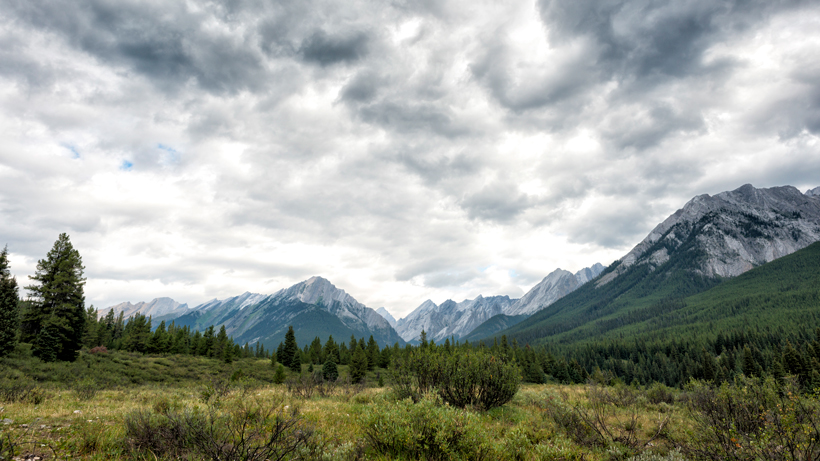 The experts say that the number of hunters in America has been on a decline for decades; however, if you have been hunting the West over the past decade you would definitely disagree. The number of hunters you are running into has not been dropping, but, instead, increasing year by year. If you are looking for evidence, then look at point creep, license sales, the dates states sell out and more that shows that western states are not the reason overall numbers may be dropping. As an avid hunter and sportsman, I love to share my passion for the outdoors with everyone I meet. If you do not hunt but are interested, I love to give you pointers, ideas, reasons why you should and more in hopes that someday you might get bitten by the same bug I did years ago. There is nothing like the feeling of chasing big game animals with a bow, muzzleloader or rifle across the great western mountains, miles from the nearest road or civilization. It is exhausting, but also adrenaline-filled and one of the most rewarding experiences so why wouldn’t I want someone to get to experience it? However, the effects of extra hunters in the West can definitely be felt through the application process or the number of trailhead rigs. Here are some reasons why western hunting has become so popular, what changes I have seen and how we can adapt to still be successful drawing and hunting some of our favorite big game species for years to come.

Why hunting participation across the West is increasing is a complicated answer; however, it comes down to an overall American pool of hunting, data availability and social media. Let me explain. Across every state in our great country, there are millions of hunters with most estimates totaling more than 11 million nationwide. That is a lot of hunters; however, there are only a handful of western states and our population is not very dense overall. The vast majority of American hunters come from states other than western ones. These hunters are chasing whitetail deer, turkeys, waterfowl and other game, but not the western big game.

This brings me to the second point which is data availability. Growing up in Pennsylvania, I always dreamed of chasing bulls and bucks in the mountains of the western states, but it was complicated back then. I was used to going to the gas station, handing over my license and around $30 and walking away with multiple hunting tags. When I tried to start researching, I would stop and think what are these preference points, bonus points and lottery systems the western hunters speaks of? Back then, it was complicated and the data that was available was unreliable and just plain confusing. Nowadays, there is no excuse because goHUNT Filtering 2.0 has changed the world for hunters all across the nation and given reliable data that hunters can use to find places to hunt and draw tags. If it frustrates you that more sportsmen can get out West and enjoy doing the hunting that you like to do, then your moral compass may not be as straight as you think. After all, you were once a young hunter in age or experience and most likely you had a mentor of some sort. I like to think of goHUNT as a mentor to hunters, providing them with the data, content and gear they might need to go out West for the first time and for years to come.

The final reason that western hunting has become so popular over the past decade is social media and digital content. From Facebook and Instagram to YouTube and Twitter: if you want to see and watch big game hunting any time of day, you can. YouTube has thousands of DIY and professionally filmed videos that get hunters, including myself, pumped up to chase animals in the mountains.

The effect of increased hunting pressure out West comes on multiple levels. More hunters in the application pool cause point creep, reduce draw chances and cause states to change their policies, raise prices and reduce nonresident tag availability. More hunters in the field change animal behaviors, alter previously found honey holes and make it difficult to find a spot to park at a trailhead among other issues. However, on the other hand, more western hunters give hunting a bigger voice with politicians and lawmakers, help fund conservation initiatives, positively impact western businesses, help with animal population control, provide clean organic food for their families and support other e-commerce and outdoor businesses, among other things. Overall, when it comes to anything like this, there are good and bad effects and, as true sportsmen and sportswomen, we should conclude that hunter recruitment is a good thing for all hunters in America.

Adaptation is the name of the game for experienced and new western hunters in today's western hunting experience. The days of driving out West and buying a tag at a store are almost over in every state. Western big game hunting states like Idaho have already reduced the number of out-of-state tags and raised their prices, Montana is contemplating outfitter preferences, which will reduce nonresident tags to average hunters, Wyoming does not let nonresidents on wilderness areas without a guide, and the list goes on and on. Draw odds for western states are only going to get more complicated in the years to come, which is why I will be relying on goHUNT Filtering 2.0 to help me come up with a plan for the next few years. For example, my plan starts with understanding that I might not be able to hunt my unit in Idaho every year so I may try to draw that first in December, then apply to either Wyoming or Montana, depending on how many points I have, while always having Colorado over-the-counter tags in my back pocket. Coming up with a strategy or a three to five-year plan may seem silly for hunters; however, if you want to hunt a state — or states — with a draw process it is a necessity.

When it comes to hunting adaptation amidst the increased hunter presence in the mountains you need to persevere, overcome and think differently than most hunters. That big drainage that you used to hunt and see no one might have two or three camps in it this year and the elk are gone. You can adapt by understanding that the elk that used to live there had to go somewhere else. Once you understand that your job as a hunter is to go and find them, you’ll see the importance of adapting. Overall, if you want to be successful in drawing and hunting animals, you will need to adapt to this growing popularity in the western hunting world or stop hunting and nobody wants to stop hunting.

Year after year, my experiences and the data show that more hunters are flocking to the West for big game seasons, especially elk. Who can blame them? Hunting deer, elk and other big game species out West is the highlight of my year and, most likely, the highlight of yours, too! Having more hunters out West is great for the industry, states, conservation and hunting world, but can be a tough pill to swallow, especially when you don’t draw that unit you have been hunting for years. It is our job, as hunters, to help younger and less experienced hunters with their journey while adapting and changing our application and hunting strategies to be successful. Even though it can be tough during draw season, think positively and do your best with what is available and you might find a better spot or shoot a bigger buck than you ever had this year.