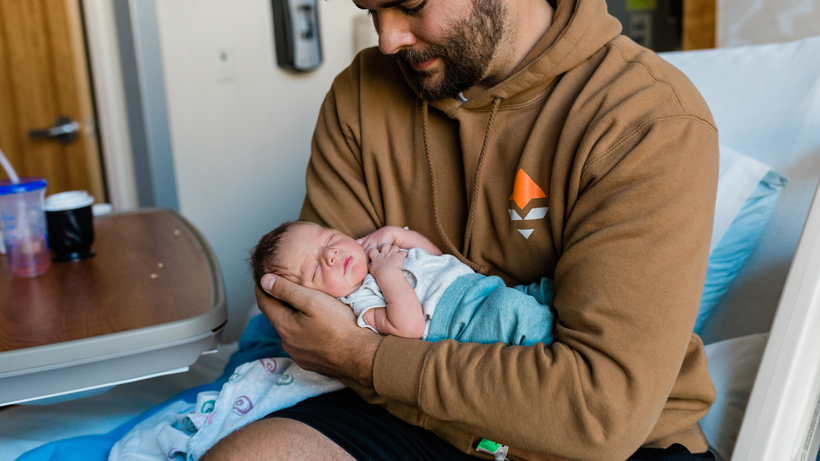 I had a short window to fill my tag this season, but I was determined to make the most of the little time I carved out. I had already missed a shot on a bull elk a couple of hours earlier. A miss always hurts the soul a bit, but it hurt a little extra knowing I was running out of time before I had to return home to not only the responsibilities of work, but also our new and firstborn son.

I saw the herd filing right to left across the canyon from the steep slope I found myself on. I used my pack as a makeshift rest and put my crosshairs on the gap that the herd was moving through one by one. When a bull stepped into the gap, I pulled the trigger and filled my tag. That was only my sixth day hunting of the year, so I felt fortunate to get two chances on bulls. The next couple of days ensued of breaking down and packing the meat and rack two and a half miles back to the truck.

My days afield have steadily declined over the last few years as I now am a father of two young boys. It’s a tradeoff I gladly take. Yet, nevertheless, as my responsibilities have grown, I’ve had to learn to adjust my expectations and techniques when it comes to hunting.

1. Have the right mindset

Before we get into some of the practical tactics of how to get out in the field and have success, having the appropriate mindset is vital to not only enjoying time in the mountains, but also at home. You have to remember it’s not forever. It’s easy to start comparing yourself while you’re stuck at home simultaneously scrolling through social media seeing all the hunts your buddies are on and the adventures they’re having. 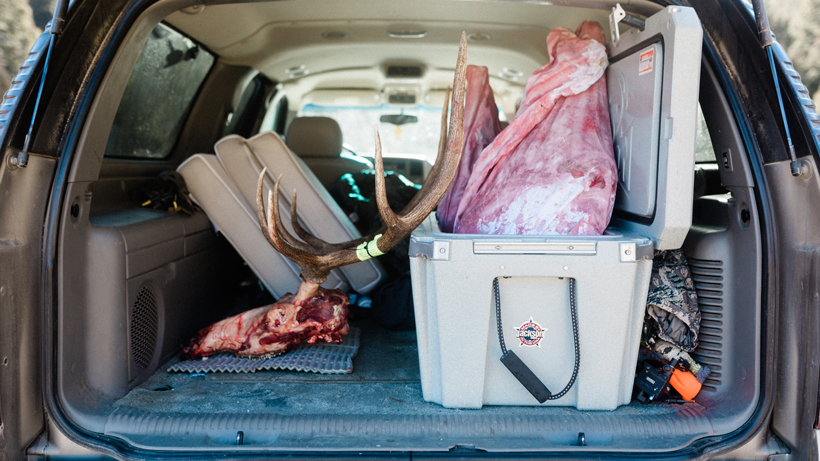 I found myself doing this and almost started feeling somewhat guilty for not being out there more than I was. I have a lot of friends and coworkers who are hardcore public land hunters putting in absurd amounts of days in the field. Meanwhile, I am elbows deep in dirty diapers. 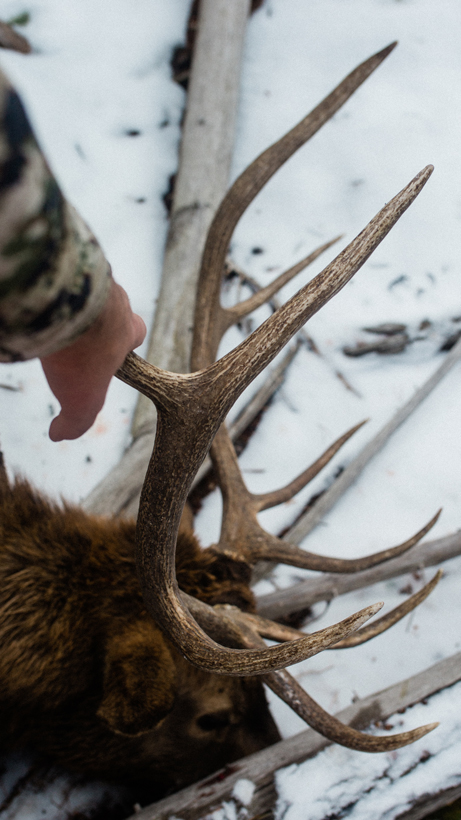 I’ve had to remind myself that this season of life will pass and it’s just that — a season. It doesn’t do me any good to start to feel bad about myself because I’m not “keeping up.” The kids will grow and, as they do, being away from home won’t be as big of an issue. Not to mention that before you know it, they will be old enough to join you and start hunting themselves. So it’s important to not fall into the comparison trap and remember that this season of your kids needing you 24/7 will pass faster than you can imagine. 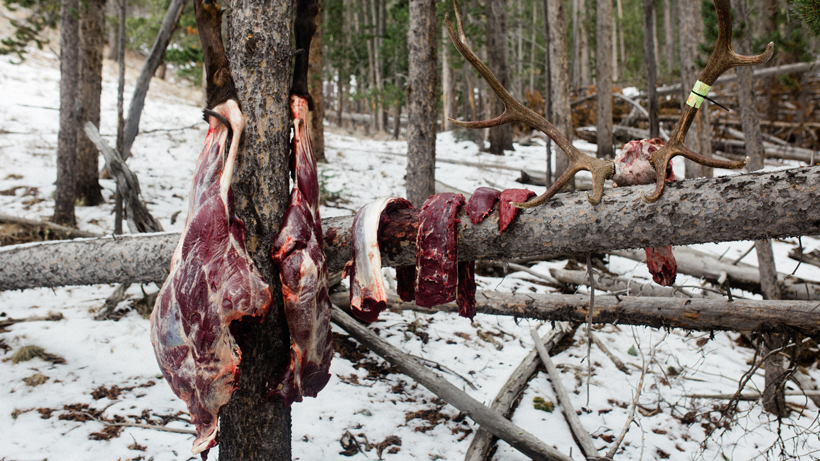 I hunted over 20 days last season, which was up from the previous year’s six or seven. However, a lot of these days were close to home during morning or evening hunts. While I didn’t harvest anything from it, they were still extremely productive. In archery season, I spent many mornings bowhunting close to home and, to my surprise, got into elk regularly with some close encounters. Then, as archery turned to rifle, I started hunting more evenings as it didn’t get light early enough to go before work.

I can’t speak for your relationship, but, for me, I’m choosing to put those epic 14-day dream trips on pause for now. They aren’t out of reach forever, but while my kids are young I want to be around to spend time with them and help lighten the load. So instead of being gone for several nights in a row, I can slip away for a few hours here and there to hunt. This might not be possible for everyone, depending on where you live or the flexibility of your job. I’m fortunate enough to live in Montana where I can hunt several areas close by on a general tag every year. This allows me to learn areas year after year so that my morning or evening hunts are efficient and productive. While the areas around my home aren’t necessarily the best, more days in the field is essentially what I’m after.

If hunting close to home doesn’t make sense for you, then try and make the trips efficient that you do take. After several days hunting close to home, I started to wonder if it actually made more sense to take several days off and invest that time into a spot that has higher numbers of animals and success rates. This cuts down the amount of driving back and forth everyday and, depending on where you live, may make more sense. Instead of hunting mediocre spots for a few hours at a time and not having success, you can make a longer drive to a better spot, spend multiple days there and maybe be more likely to actually fill a tag. However, I do want to be careful to not make hunting sound like a transaction. When the responsibilities add up and your time is so limited, it can start to feel like you need to fill a tag and you need to do it quickly. We all hunt for various reasons, but most of us do so because we flatout enjoy it. We cherish the time in the mountains or on the prairie as we break from the regular rhythms of life. While being efficient is a fine practical idea, it’s important to keep those expectations in mind so that it doesn’t become a sort of exchange. That’s what grocery stores are for. 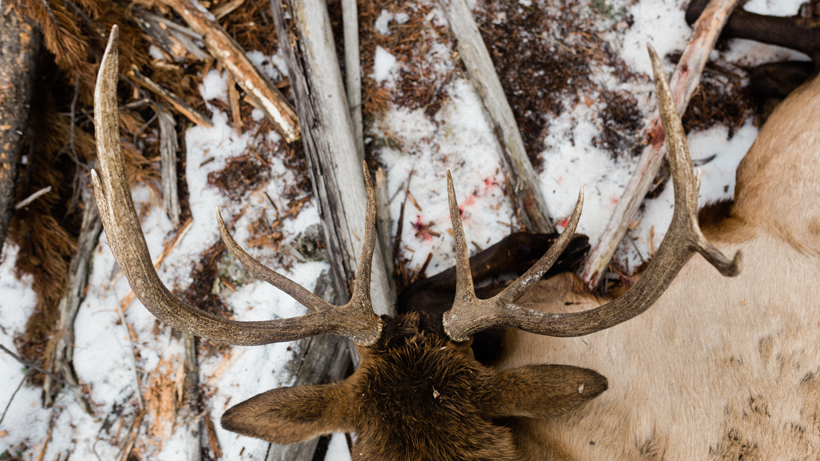 Maybe between work and family you can only allot enough time and money for one hunting trip. Well, before that hunting trip, make sure you have everything dialed in that you possibly can. If it’s a new area, spend time on goHUNT Maps scouring the area and utilizing the satellite imagery and 3D features to try and get a feel for the place. That way, when you show up to your spot, you can hit the ground running. Another idea is to try and get the most bang for your buck by seeing if there are any additional opportunities in that area. I’m trying to do that this year. When I plan to go for a mule deer hunt, I have a doe tag for that area as well. This will allow me to potentially get significantly more meat in nearly the same amount of time.

4. Be reachable to your family 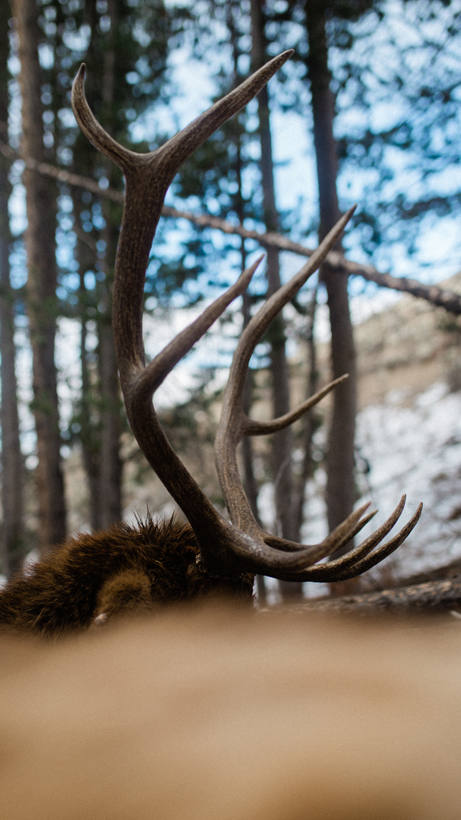 Many of us like to head into the hills in order to become less reachable and take a much needed technology break, but when you have young kids, depending where you’re hunting, it might be a good idea to invest in a satellite communicator. You don’t have to be accessible to everyone, but you’d be wise to be available to your partner if they’re home watching the kids. Not only can they reach you if there is an emergency, but they also can have the peace of mind that you’re safe. I don’t know why it took me so long to buy one. Perhaps I’m cheap and didn’t want to buy the device or the thought of another subscription draining from my bank account monthly bothered me. 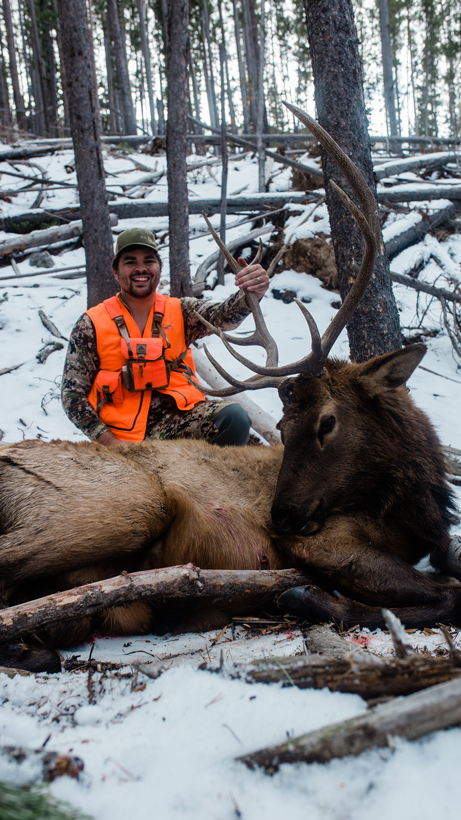 Either way, after almost four years of marriage, I purchased a Zoleo that allows me to message my wife from anywhere when I don’t have service. The irony is that being able to touch base with her actually allows me to hunt more. So, me not buying one for so long was actually just limiting myself from more days hunting. Hopefully, those tips help spur some ideas for how you can still find time to enjoy hunting while in the midst of such a busy season at home. Nevertheless, the days that you do get to go will be all that much more meaningful because surely you won’t take them for granted.