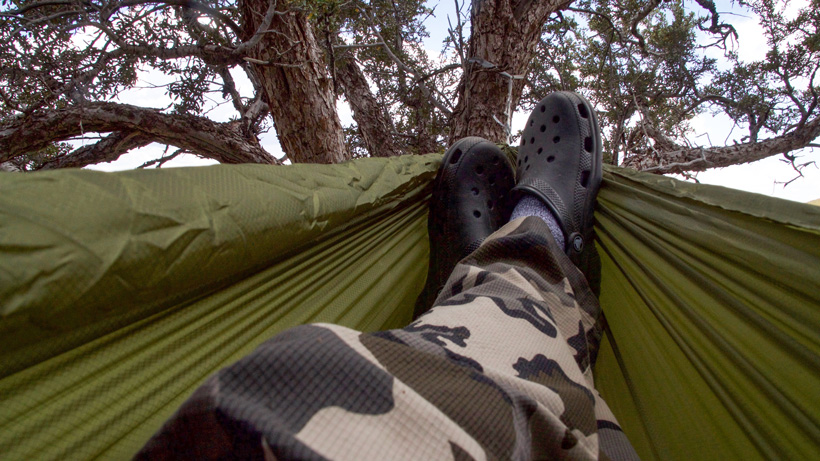 Solo tough…I never used to be. For most, hunting season is a social event that happens each year—a way to fill the freezer, but, in many cases, it's also a chance to get away. For some, hunting season can be the time when your obsession finally turns into a reality. For people like me, we often prefer to go it alone. We realize the chances and success rates, which are utterly important, can increase dramatically when you are solo. But, there are also a lot of people who fall in between.

The type of guy I'm talking about is on the verge of taking hunting to a new level. This means a certain aspect of seriousness; you aren't just a weekend warrior, but, instead, you spend every waking minute thinking about the coming seasons and preparing for upcoming hunts. For this type of person, the idea of going solo on a hunting trip seems like a great idea; however, doing it is another thing. 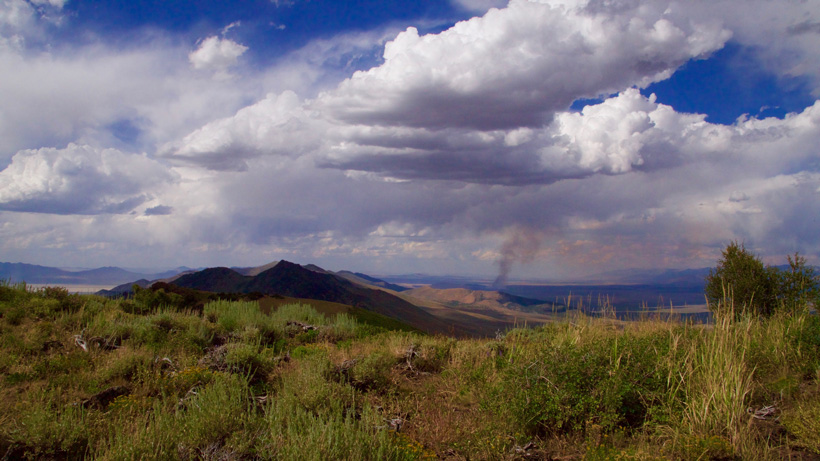 For some, it comes easy; for me, not so much, especially on a backpack hunt when I know I am miles from anyone or anything civilized. I find myself worrying about my safety more than I would on a normal basis, which, if you think about it in hindsight, is sort of crazy. When I have a hunting partner, I basically am using that person as a crutch in a way—someone to alleviate my fears of being alone, being attacked by a bear or cougar, breaking my leg or arm, or anything that could possibly be devastating. Having someone else there mentally soothes me; somehow these things can’t happen because I have another person with me. I don’t know why this happens, why a switch flips on in my brain the second I know that either I'm on my way out to my truck or I know that someone is on their way in to meet me. It's like people who are afraid of flying. When they have someone with reassuring them it will be OK, everything is fine. I guess it's more of a distraction for your mind than anything. Whatever the case, it works and it works well. At least for me. 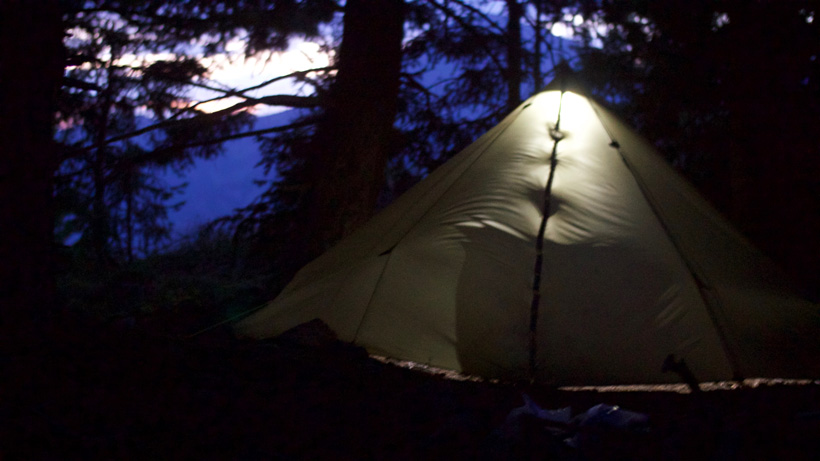 It took me a long time to get used to going alone, especially the sleeping part. I could go out and hike all day long alone and be fine, but the second natural light starts to dim, then my mind brings out the tricks. Suddenly, I can’t hunt out to that far ridge line or basin for fear I'll be hiking back in the dark alone. But for some reason with another person, it seems perfectly fine. Yet, as odd as it may seem, I've managed to trick myself recently into staying longer and going farther when I'm solo hunting, thus allowing me to hunt harder and more effectively.

The first couple of times I went it was just for one night. I hiked in, stayed the night, hiked around the next day and then went home. Once I completed a couple of trips like that, multiple days didn’t seem as big a deal and, in short stints, they aren’t. But the first time you plan a four to five day hunt on your own, backpacking however many miles in, it can be. By the third day, unless you have had immediate success, you will find yourself questioning what it is you are doing. You'll wonder about what happens if you get attacked by a bear in the night, what happens if you tumble and one of your arrows gores you so badly that you can't make it out, what if you crush your arm and you have to “Aron Ralston” yourself out of there, plus more. Many things will run through your mind, making you seriously question whether or not you are cut out for hunting. These are some of my own fears while solo hunting in the backcountry. I've been there, sleeping alone, eight or so miles in, wolves howling in the distance (even though it sounds like they can get to you in a couple seconds), wishing anyone was nearby in case of a dire need of help. 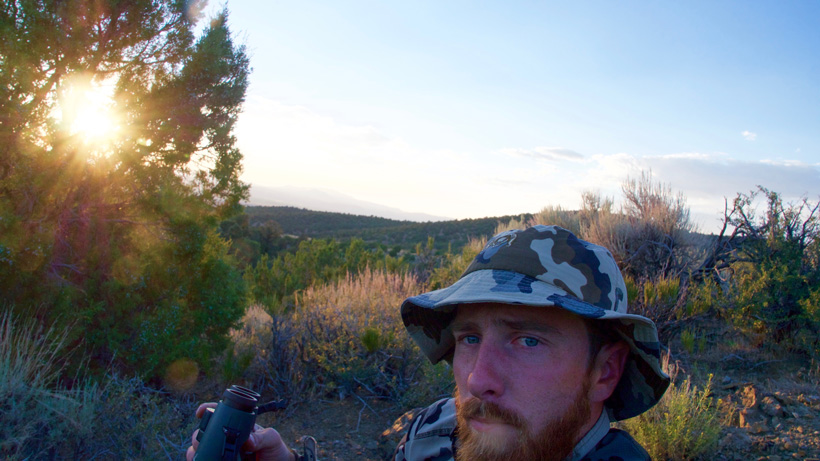 There are a couple of things that really keep me going in the backcountry when I am hunting alone. These things allow me to stay even when I don't want to; things like the dreaded recipe of “tag soup” really push me to keep going. As much as I believe hunting is not always about the kill, I do not like eating tag soup, especially on an expensive nonresident priced tag. Another thing that keeps me out in the field is seeing my meat inventory in my freezers dip below levels that I'm uncomfortable with. I like to have enough meat in my freezers to last my wife and I all year long, eating as much wild game as possible. And, if I'm lucky enough to harvest again the following year, I can easily give away the meat I am unable to eat to friends and family who need it.

I also have a fear of letting myself down. I believe every year I will have my opportunity and if I screw it up I have a very tough time living with myself for the winter months that follow. I work my tail off each year to do the research on my hunt area, on my gear and everything that involves the hunt in order to make sure I have the best chance possible of success. It’s not something I take lightly and the thought of failure is usually enough of a drive to push me out of my comfort zone.

Putting it all together 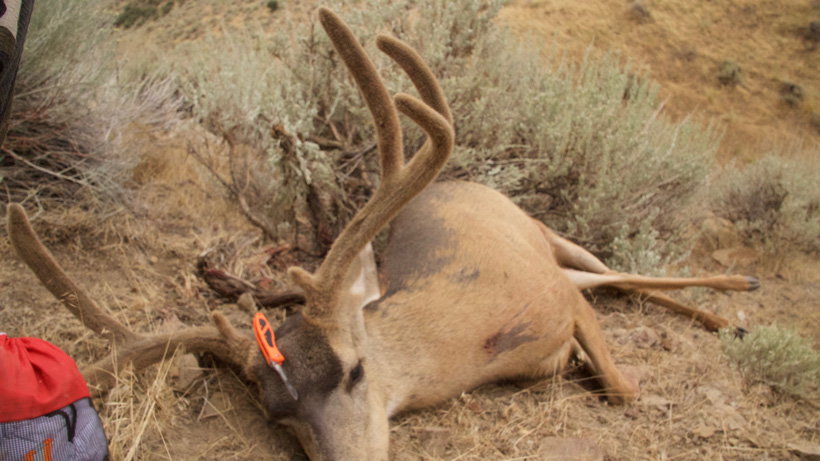 Given all of the above information, self-motivation is not easy. Recently, I had the opportunity to have about an hour and a half conversation with a man I aspire to be. The twinkle in his eye gives an impression of a much younger, physically fit, and not yet white-haired Santa. The fact that we were able to spend an uninterrupted conversation about being alone in the backcountry, even though we had never met, says a lot about him. Ryan Lampers of Hunt Harvest Health has gained some notoriety lately for his steadfast hunting ethics and ability to push himself to his extreme limits. This is something I personally struggle with. I know I need to push myself out of my comfort zone and hearing some of his trials and tribulations firsthand throughout his long career helped to reassure that in my short six-year career of backpack-style hunting, I am indeed on the right track.

Through the years I have found it difficult to connect with others who have the same mindset. goHUNT’s own Brady Miller is another prime example of a badass dude who has no problem going at it alone.

Once you understand what is necessary for survival and effective for hunting in the backcountry, it becomes much easier. For me, it was the realization that I have about a hundred times higher chance of crashing my pickup on the way to hunting than I do being attacked by any type of wild animal in the woods. It's much like the fear of flying people have, which is almost always unjustified. As long as I keep these things in perspective and keep my mind distracted from those stupid thoughts, I can do anything. Eventually, I want to be so comfortable in the backcountry that those thoughts never entered my mind in the first place. That's where reaching out to others who have been there helps. The familiarity and common ground you can share with another reassures you that what you are feeling is normal. You can also check out another great article on this subject: The challenges of western solo hunting and how to overcome them.