5 kinds of camo you have to see to believe 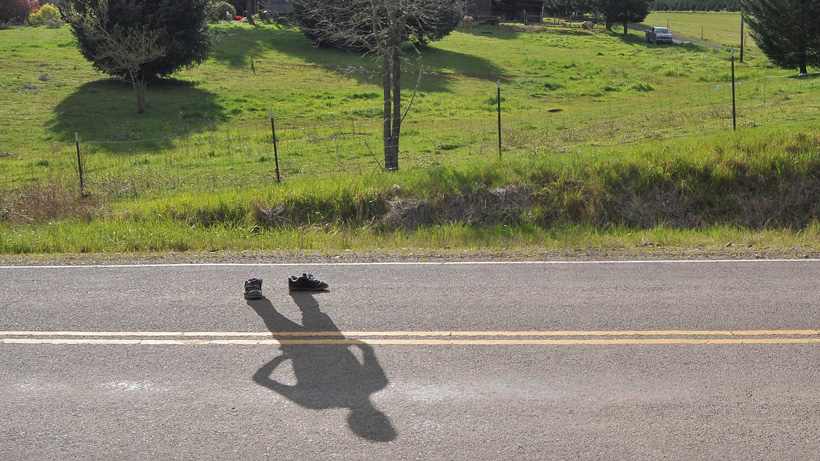 Just boots and your shadow... Will this be the future of hunting camouflage? Photo credit: Shutterstock

TreBark, Realtree and Mossy Oak might have changed the game in terms of hunting camouflage, but these patterns are only a small sample of ways that people have been hiding themselves over the past 100 years. Early camo was influenced by modern artists; and the camouflage of tomorrow looks to bend light and space in unprecedented ways. A recent study published in September of 2015 shows how scientists are getting closer to creating an invisibility cloak. What could that mean for hunting? Here are five incredible examples of camouflage not usually found in nature.

1. Dazzle and other hidden ships

World War I-era military camouflage was more concerned with disguising equipment and locations, not people. Ships are hard to hide in the ocean, though this idea for a ship disguised as an island shows imagination, if not practical application. 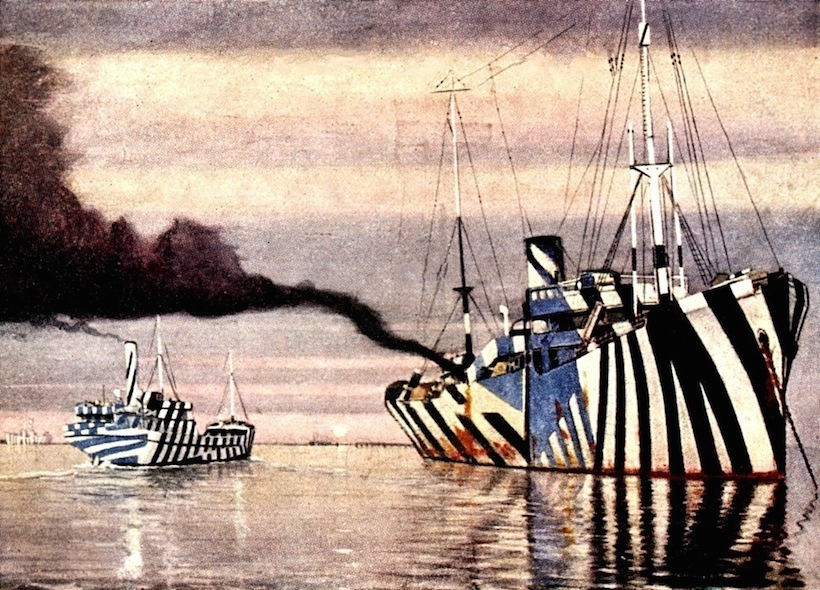 Burnell Poole, Painting of the USS Leviathan escorted by the USS Allen, 1918. Photo Credit: US Naval Historical and Heritage Command

Black-and-white, dazzle camouflage was used in the 1910s to protect British and American ships from German torpedoes.  The disruptive patterns made it difficult to predict where the ship was going and “could throw off an experienced submariner by as much as 55 degrees,” according to 99% Invisible. High contrast disruption would remain an important element of camo, both on the sea and the land. 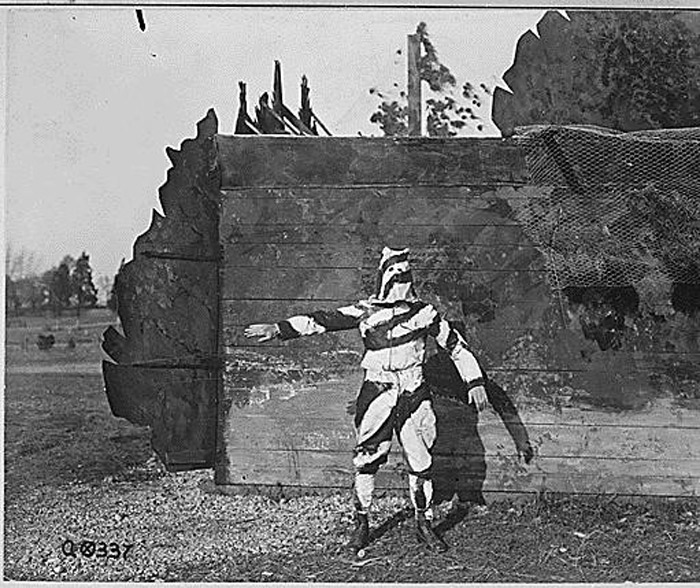 Similar to the hunter camo patterns already mentioned, above is a 1917 soldier modeling high contrast camouflage designed to conceal him while climbing trees. Behind him is a house camouflaged to look like trees and a fence. 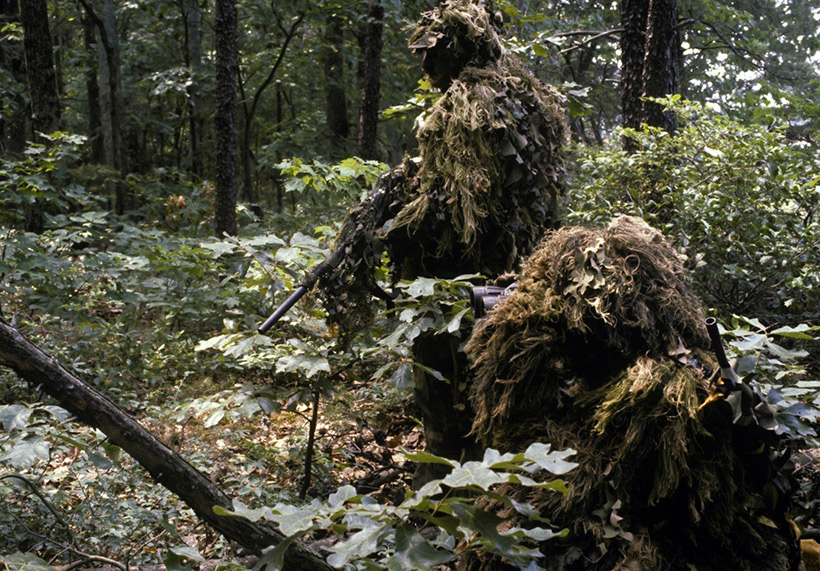 Ghillie suits also crossed over from hunters to soldiers. Both early and modern ghillie suits combine natural vegetation and coloring to break up the human form and blend into the surrounding environment. The system worked for their Scottish game warden creators, military snipers and hunters alike. 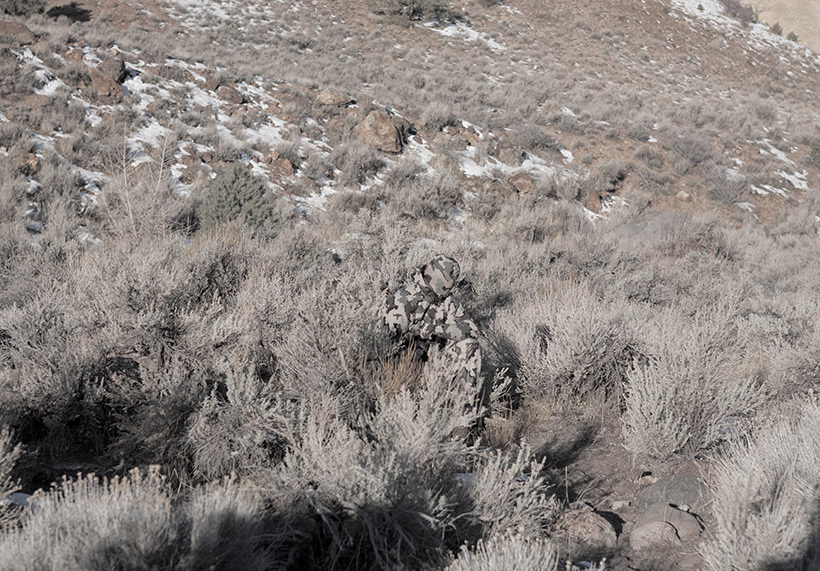 Current cutting-edge camouflage also works through principles of high contrast and disruption. Fractal patterns help keep the human body hard to see for both animals and humans alike, disguising anatomy from distances near and far. KUIU's Vias pattern utilizes earthtones, visual confusion, high-contrast, distinctive and non-blobbing at longer distances. Vias is made up of light, medium and dark earth-tones to create visual confusion that breakups up the human outline at distance. 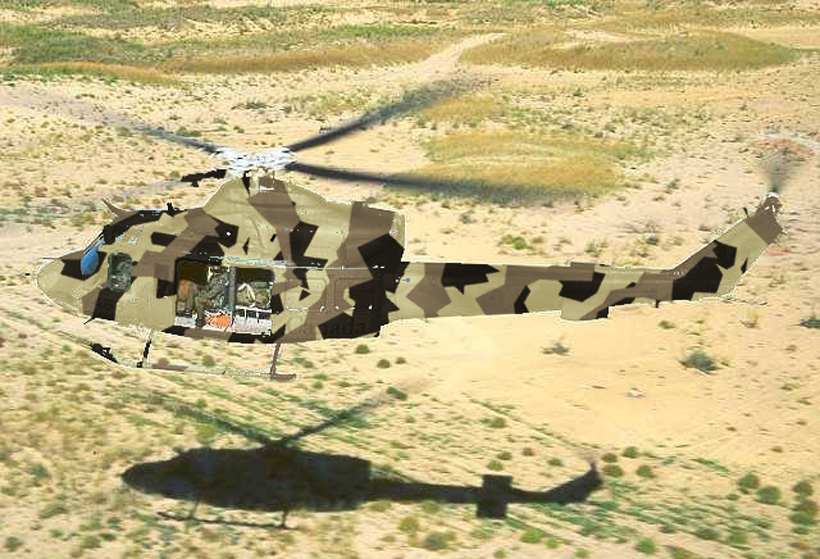 The team then used proprietary fractal algorithms to take this pattern to convert it to a pixalated background texture which helps match the background at closer tactical distances and conceal the pattern at farther distances for improved disruption. 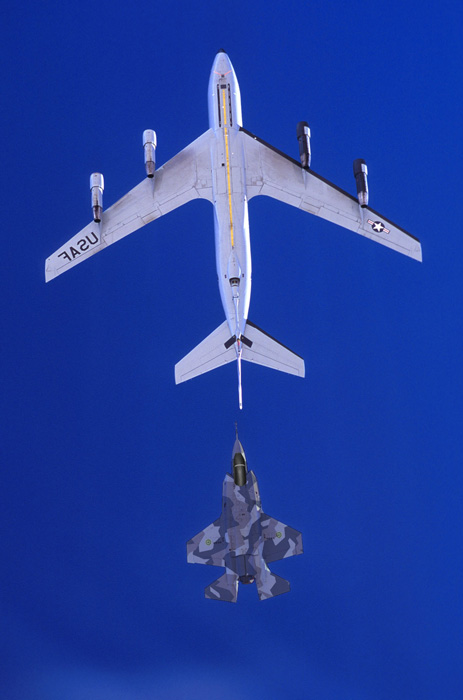 The HyperStealth fractal patterns are designed to break the symmetry axis of most objects. 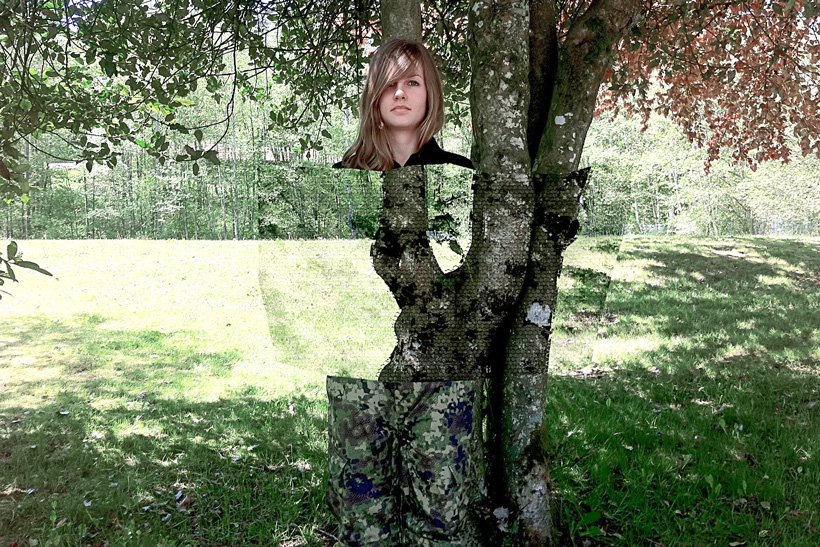 Hyperstealth is looking to radically change camouflage through a technology they call Quantum Stealth. This material bends light waves and removes a person’s shadow, as well as visual, infrared and thermal signatures. Still in the testing phase, Quantum Stealth is aimed at military instead of commercial market, but who knows what we will see (or not) in the next decade from similiarly-minded camo designers.