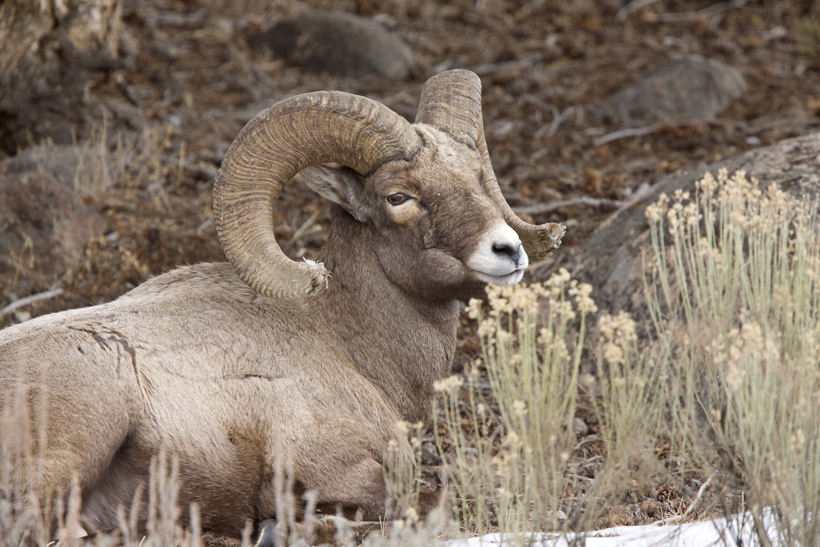 Bighorn sheep, an iconic symbol of the West and of Wyoming specifically, are now facing their toughest challenge yet: their domesticated counterpart. Thanks to one rancher’s longwinded battle with the federal government’s Bureau of Land Management due to unwritten easements and eventual removal of federal leases, his decision to run domestic sheep along public lands could start a ripple of impact through wild herds.

According to Jim Magagna, who serves as executive vice president of the Wyoming Stock Growers Association and is a fellow sheep rancher, portions of Frank Robbins’ land, which spans 75,000 acres and is located in the Owl Creeks, is adjacent to or within core bighorn sheep habitat.

Robbins’ current dispute stems from earlier disagreements over his federal grazing leases, which doubled the size of his ranch. The BLM took them away in the mid-2000s, ruling that Robbins had violated the terms of his grazing deals with the government.

Robbins does not agree with the ruling and believes he is a victim of the federal government. Frustrated at BLM’s slow pace to resolve the issues surrounding returning these leases to him, he has decided to switch from raising cattle to domestic sheep because sheep require less land. His decision has prompted some to believe that he is trying to blackmail the government into a faster resolution, using a letter obtained through the Freedom of Information Act that Robbins wrote to the BLM as proof.

“Since you decided not to return the permit in whole we have decided to go forward with sheep,” Robbins wrote.

While bighorn sheep have previously been plagued by problems like unregulated hunting and habitat fragmentation, officials like Kevin Hurley of the Wild Sheep Foundation consider domestic sheep one of their biggest threats. According to a series of scientific papers, domestic sheep carry bacteria in their lungs that can lead to lethal cases of pneumonia among their wild equivalents. Bighorn die-offs have been documented across the west in Colorado, Montana, Wyoming, Washington and Idaho – with all cases linking back to domestic sheep. Further studies of sheep in captivity have proved the transmission.

“Will every bighorn that runs into a domestic get pneumonia?” asks Hurley. “No, but it’s much more likely there will be a bighorn pneumonia problem or die-off in the event of contact.”

Because of this issue, 15 years ago, ranchers and wildlife conservationists came to an agreement to limit contact between bighorn sheep and domestic sheep, dividing land into three categories: bighorn sheep core native areas, non-emphasis areas for bighorn sheep and land up for negotiation. Robbins’ decision could unravel the entire thing.

While conservation groups cannot tell Robbins what to do with his private land, they do believe that he is trespassing and further endangering wild sheep. Officials want the BLM to expedite the permitting process for Robbins’ high-country leases in hope that he will switch back from sheep to cattle.

For Robbins, the return of the federal leases would allow him to raise more cows, but says that he is running a business and will continue to use his privately-owned land as he sees fit.

“If the environmentalists and Game and Fish and whoever else in the world want to round up a pile of money and bring it to me and say, ‘I’ll pay you all this money to not run sheep up there,’ … I’ll consider that,” says Robbins.