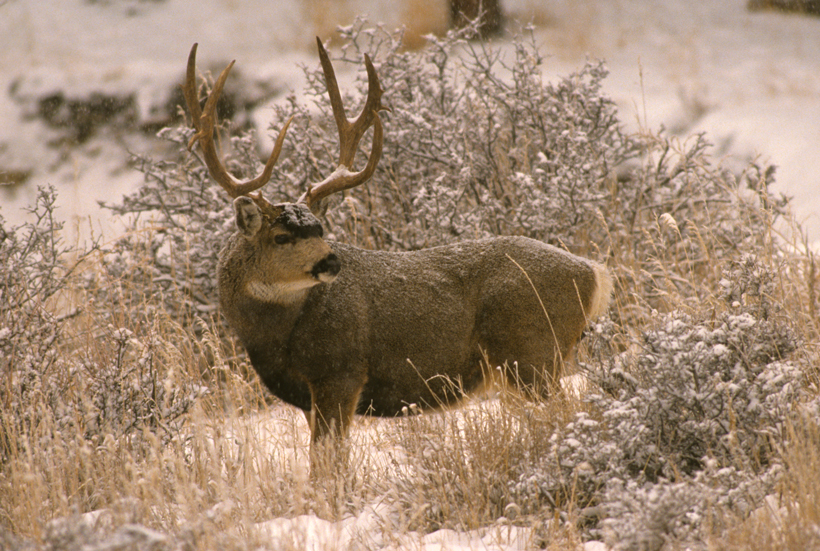 Thanks to a tip from quick thinking hunters, two men have been convicted of poaching a mule deer buck this fall near Danskin Peak north of Mountain Home in Idaho. The duo were spotted using a rifle to poach a mule deer and loading the animal into their vehicle by two hunters who were participating in the Unit 39 archery-only season this past November.

The hunters who witnessed the poaching incident quickly called Fish and Game officials to report it, providing photos of the two men with the deer as well as photos of the vehicle and vehicle’s license plate to Mountain Home conservation officer Greg Milner and Nampa conservation officer Brian Marek who responded to the call. Once they arrived at the scene, the witnesses confirmed that the suspects were still in the area, which lead to the prompt arrest of David and Adam Howell of Kuna, Idaho.

“They knew they were caught red-handed, and neither one made much of an attempt to lie about the situation. This poaching incident was 100 percent intentional,” says Milner, adding that the pair admitted to deliberately shooting a mule deer with a rifle while aware that only the bow season was open.

Both men were ordered to pay fines and civil penalties totaling more than $1,400. David Howell received a 10-year hunting license revocation, two years of probation, 180 days in jail (with 165 suspended), and was ordered to serve five days in jail immediately followed by returning to jail for the first five days of October for the next two years. He also had to surrender a Ruger M77 rifle that was used to commit the crime. Adam Howell received a three-year hunting license revocation, 90 days in jail (88 suspended) and two years of probation.

Because early October signifies the beginning of Idaho’s big game hunting season, Howell’s required jail time sends a message to others who may attempt this same crime. Guided by an unspoken code of ethics, hunters follow the hunting seasons closely, using the appropriate weapon during the appropriate season. It is important for those who do not follow these rules and ethical guidelines face the consequences for their actions.