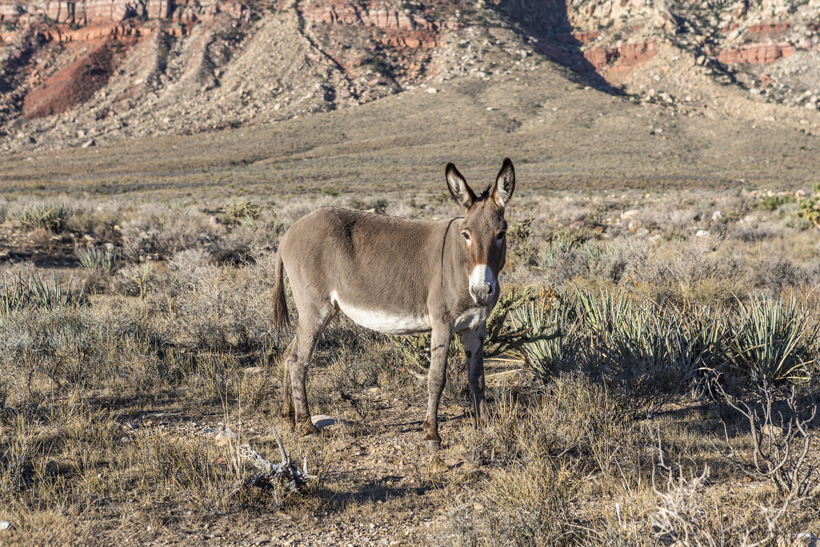 These hearty herbivores are consuming native grasses down to the roots, which prevent them from growing back, often leaving stumps in their wake. They are also turning waterholes into mud and disturbing sensitive nesting grounds. In some areas, the abundant burros are creating long term habitat damage which is displacing native wildlife like bighorn sheep, mule deer, Gambel’s quail, migratory songbirds and other species indefinitely.

“This is a significant issue that is having a direct impact on our community – and others around the state – and must be resolved,” Bullhead City Mayor Tom Brady told the Sonoran News. “Due to a lack of proper management, the population of burros is now expanding at an alarming rate and is creating a public safety and ecological concern for our residents.”

Burros are managed by the Bureau of Land Management (BLM) under the 1971 Wild Free-Roaming Horse and Burrow Act, which means that state agencies are federally prohibited from managing these thriving populations. But BLM is not doing a good job of taking care of the excess due to a lack of funding and support from Congress and other federal leaders. For example, according to the Sonoran News, the Black Mountains between Kingman and Bullhead City calls for a maximum population of 478 burros yet the area currently has between 1,746 and 1,827 burros. Other parts of the state have nine times the number of burros for the designated area.

“We are now in a position where an over-abundance of a single, non-native, feral species now outnumbers our native iconic bighorn sheep in the Black Mountains,” says Commission Chairman Robert Mansell. “Burros are having a negative impact on our fragile desert ecosystems, competing with sensitive wildlife species for forage and water, and are destroying desert vegetation. As the agency responsible for conserving Arizona’s wildlife, that’s very concerning and indicative of a larger problem that must be addressed.”

For now, state officials are trying to identify effective ways to manage the burros while also providing for current wildlife habitat needs. Officials are also seeking congressional support in order to require the Department of Interior to realize the severity of the issue and comply with “appropriate management levels.”