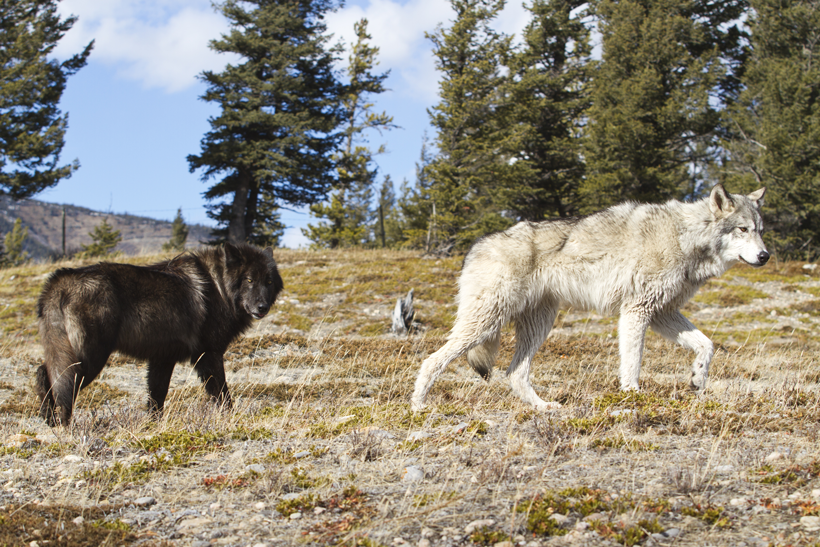 Idaho wolf packs have experienced a steady decline despite an increase in breeding pairs. Officials believe this drop can be linked to a rise in recreational hunting and trapping.

“A lot of different pieces of information (are) kind of pointing out the same thing -- that we’re seeing a modest drop,” says Idaho Fish & Game biologist Jim Hayden. “Not in all areas, but just overall.”

Hayden says that officials have confirmed at least 22 breeding pairs in the 30 packs that have been examined out of a statewide total of 107 packs, up two from last year. The number of breeding pairs is used to measure the health of a species within a state. Idaho has to maintain at least 15 breeding pairs or the federal government could re-list the wolf as an endangered species.

Wolves are one of the hardest animals to count and track despite the best efforts of wildlife biologists. Idaho Fish & Game hired additional trappers and technicians during 2014, intensified winter GPS collaring efforts in 2015, and also hired an expert wolf tracking pilot from Alaska to assist in locating uncollared packs. Additionally, 40 remote cameras were installed to locate and document pack size while field personnel collected more than 1,200 DNA samples to compare with samples taken from harvested wolves.

Despite the increase in breeding pairs, wildlife biologists suggest that the lower wolf numbers could mean that pairs are not actually breeding and recently told Boise State Public Radio that the average number of wolves per pack has been decreasing.

But not everyone remains unalarmed at the news.

“They told the Fish & Wildlife Service for years that they were capable of maintaining minimum population and breeding pair numbers,” Andrea Santarsiere, an attorney with the Center for Biological Diversity, told NW News Network. “I think this shows that their plan is not adequate to do that.”

Idaho biologists are finalizing the count for 2014, estimating that the final number of wolves will fall between 550 and 750, though likely nearer to the lower number based on hunting rates, decreased pack sizes and a drop in livestock depredation. Regardless, officials believe that the tally will surpass the required minimum number of wolves, which is 150.