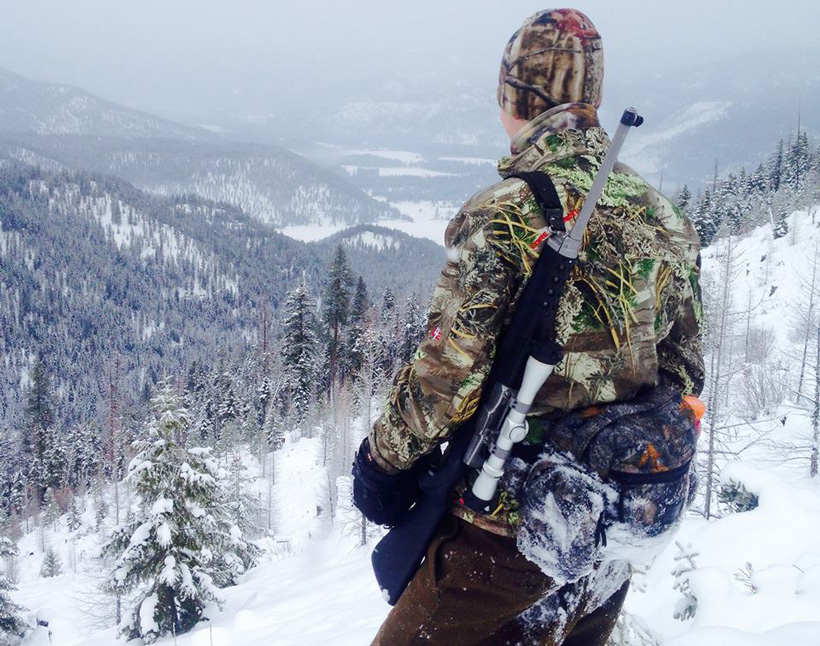 For most hunters, the wolf is just another predator, an unwanted vermin, but my thoughts are different. For me, the wolf is North America’s ultimate predator and deserves a lot more respect than it’s given; however, it must be controlled and managed just like everything else in this world. Most people, generally non-hunters, do not understand the concept of conservation and managing our wildlife. Every animal has a role in the ecosystem and without it, there would be no opposing reaction to its action.

For years, I've witnessed firsthand how devastating these growing wolf packs have become to our deer and elk herds, not just here in Montana, but in other western states as well. The wolf is becoming a problem and needs to be addressed now before our deer and elk herds are completely diminished. In 2000, the St. Joe River drainage along the Idaho panhandle held about 38 calves per 100 cows during the winter survey. In 2009, the ratio was about nine calves to 100 cows and in 2012, 2013, and 2014 the ratio of calves to cows averaged about 11:100. Wolf numbers have dramatically increased since their reintroduction in 1995 causing elk and deer herds to dramatically decrease. It appears that it is now the hunter's responsibility to take action to try to manage these predators, such as we do with coyotes, bears and mountain lions. 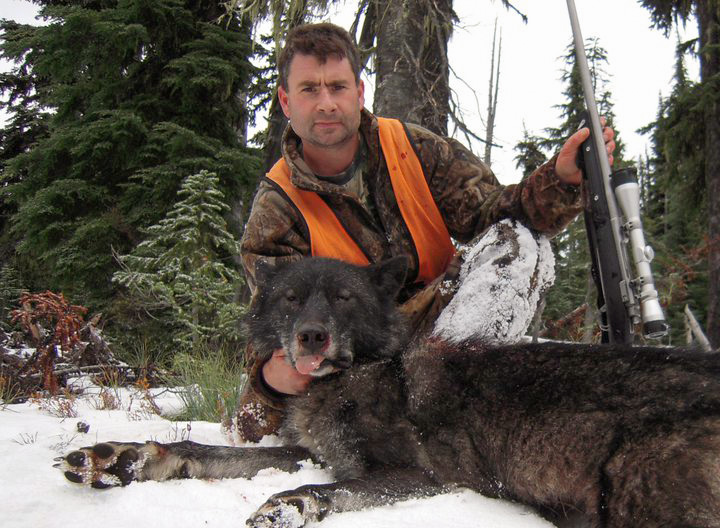 I've had a desire to pursue and harvest one of these amazing predators ever since Montana adopted a wolf hunting season back in 2009. The first year Montana had a wolf season, my dad was lucky enough to harvest one. I was fortunate to be sitting right beside him, watching as he called it in and shot it. Watching that animal hunt and come in on a string to our calls was something unlike any other. It was so amazing to witness that firsthand. It was then that a deep desire started inside me to hunt for one of my own.

It wasn’t legal for me to hunt until 2012 when I turned 12. This was before Montana decided to decrease the minimum hunting age to 10. That first year of hunting was a busy one for me and we weren’t able to hunt wolves, which became a trend that continued for the next couple of years. During the 2011 archery season, I was hunting elk with my father, working a hot bull all morning. The bull was fired up and mad that we had him away from his cows, forcing him to come in for a fight! I remember that bull, a great 6x7, running down the hillside toward us. He stopped at about 20 yards and started raking a tree when my dad arrowed him. The bull went down within seconds. As we were celebrating the shot, we noticed the bull was still moving. My dad quickly nocked another arrow and we started up the hill toward the elk.

By the time we arrived, the bull was dead, but there were two wolves on top of the elk, biting and pulling on it like they were killing him. We approached the bull and wolves cautiously and eventually chased them away without any confrontation, but that shows that these animals have no fear and are constantly looking for their next meal. Wolves consume anywhere from 2.5 to 22.5 pounds of meat per day. 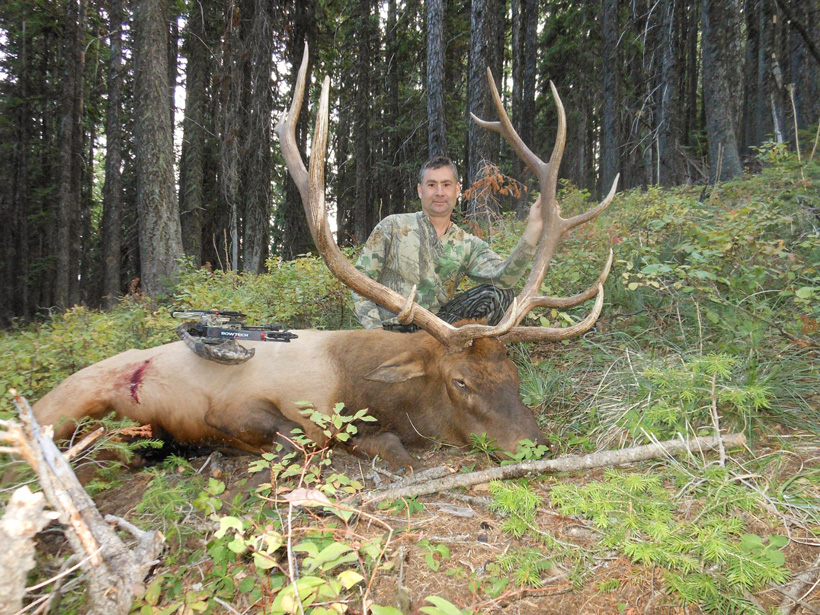 Over the next few years, between 2012 and 2015, I've had quite a few encounters with wolves while out archery hunting, but haven’t had any good shot opportunities. This past 2015 archery season, I hunted 26 straight days for elk, and only had one encounter with a mature bull. It was such a bad year for so many hunters in this area that I only knew of one person arrowing a bull this archery season and it was my father.

I had never seen anything like it before. I would bugle and instead of a bull answering, the wolves would howl in reply. I knew I had to start hunting a little harder for wolves and, after general hunting season was over, I waited a week to let things settle down before going out. 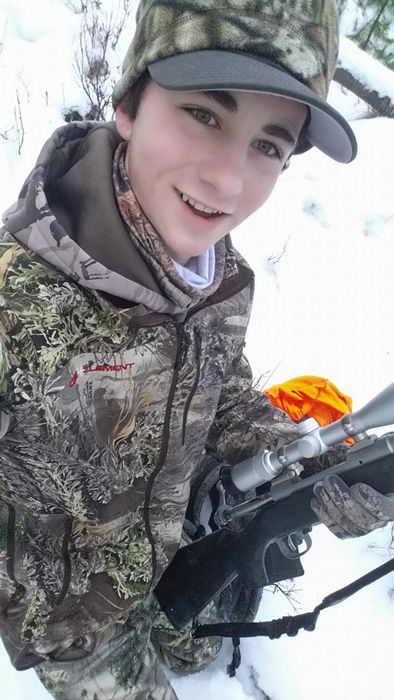 By now, it was December 5, 2015 and the general hunting season was over. It was a good time to set up and call for wolves. My dad and I got up around 5 a.m. that morning so we would have plenty of time to get up to our spot and get set up. I remember feeling the cold, crisp air hit me as I got out of the truck to get ready. We were walking up the gated road and were about halfway to our setup point when I heard the deep howl of a wolf. I stopped my dad and we listened. We heard the howl again, but this time there was more than one; there were several wolves howling and right where we had hoped they would be.

It was hard to be quiet as we walked up the road in the frozen crunchy snow, but we did our best. Finally, we reached the large clear­cut overlooking the meadow down below where the wolves usually spent their days relaxing. The plan was to have my dad stay up top while I went down about halfway through the clear­cut, still staying high enough in elevation to see the meadow below, but able to get a shot. I stayed low enough that when they tried to circle downwind of my dad calling they would end up in my lap. As I made my way down to the opening, I used the trees to my advantage.

About halfway down, I found where a tree had been blown over and uprooted, which was a perfect spot to set up in. Not only was it great for cover, but it also was the perfect rest in case I needed to take a 400 to ­500 yard shot. I set up and settled in, letting out the deepest wolf howl I could make to let my dad know I was set up and ready. Just as I finished my howl, the throaty sound of a real wolf howl cut me off. My dad begun calling with a distress mouth call. Not five minutes into the calling, I heard the brush move and the snow crunch to my left. I dialed my scope down to about four power and shifted my whole body to the left just as I saw a dark shadow flash through the trees. I started to get shaky after I saw the first one, but I knew I had to keep it under control. I reminded myself that this was the chance of a lifetime. 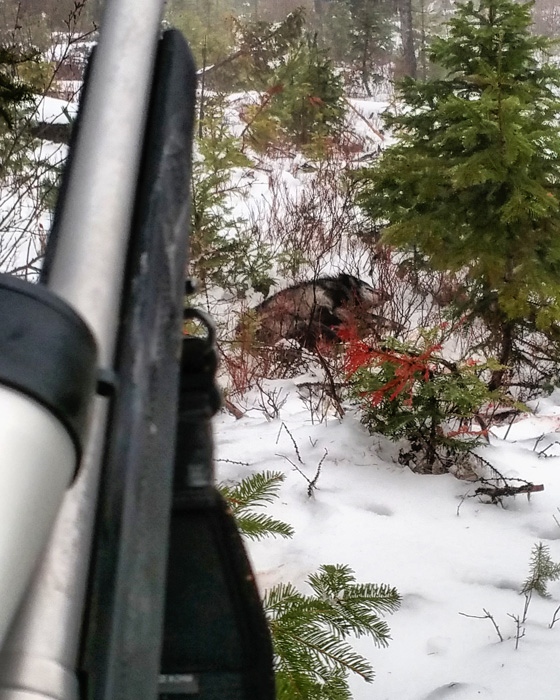 I looked up and about 100 yards away was a black wolf trotting right towards me. I shouldered my gun and took the safety off. I lip squeaked and he stopped. A frontal shot was all I had, but I knew shooting a .300 Win Mag with a 180 gr ballistic tip that I personally loaded myself would be just fine. I took a breath and touched it off. I remember seeing the wolf roll down the hillside in my scope. I jumped up and jacked in another shell. All of a sudden, two more wolves came darting right past me at about 15 yards going a hundred miles an hour. I ran to where I last saw my wolf and was going to put in another shell if needed, but there was no point. He was laying right there. 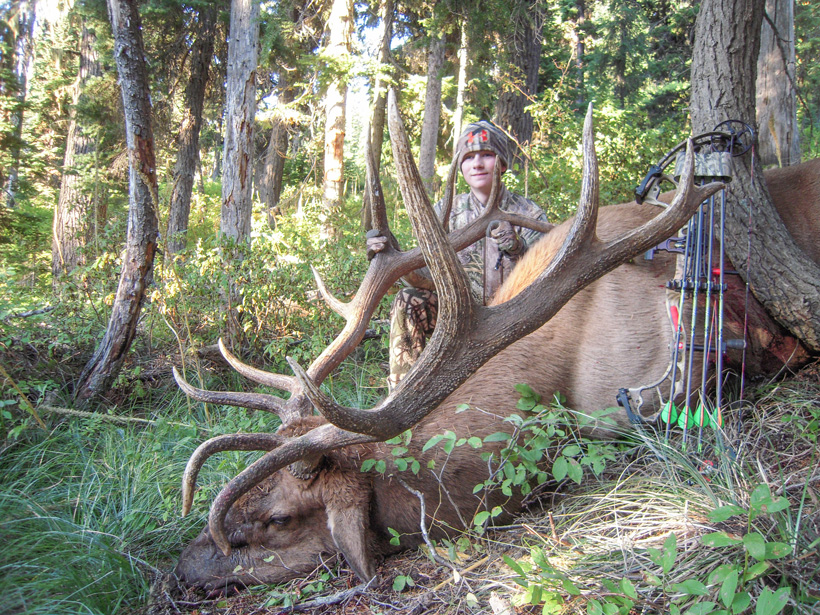 The emotions that came over me brought back memories of when I arrowed my first bull during the 2014 archery season. I immediately knew that this was a gift from hunting hard during the entire archery season with no luck. 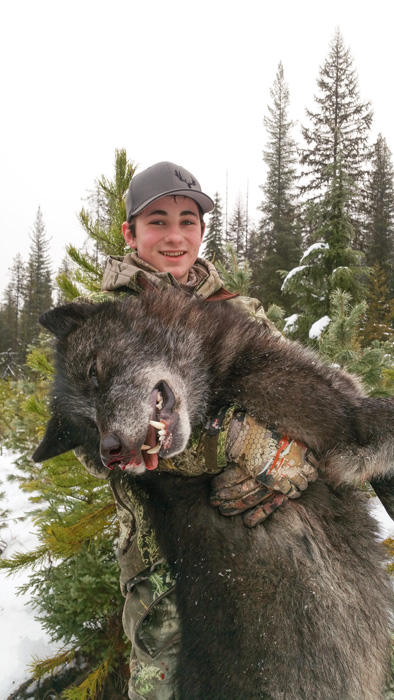 Yet this wolf was better than any bull that I will ever kill. Knowing that I just harvested North America's ultimate predator is a feeling unlike any other. I sat down next to the animal for a minute to reflect on all the sightings and encounters that I've had with these animals. It was almost surreal to now actually holding one in my hands. 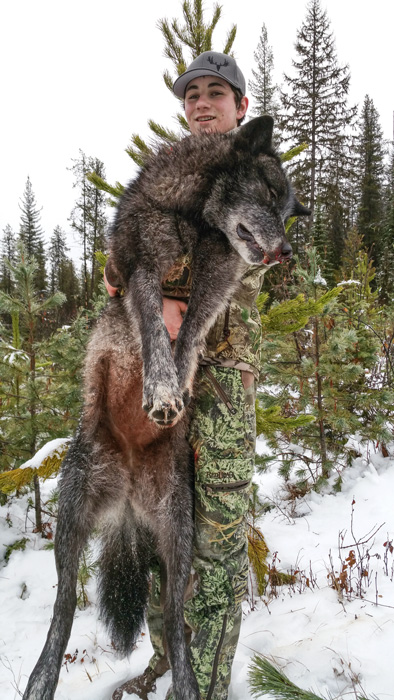 I struggled to get the wolf up on my shoulders by myself, but I managed. All that time in the gym paid off (haha). 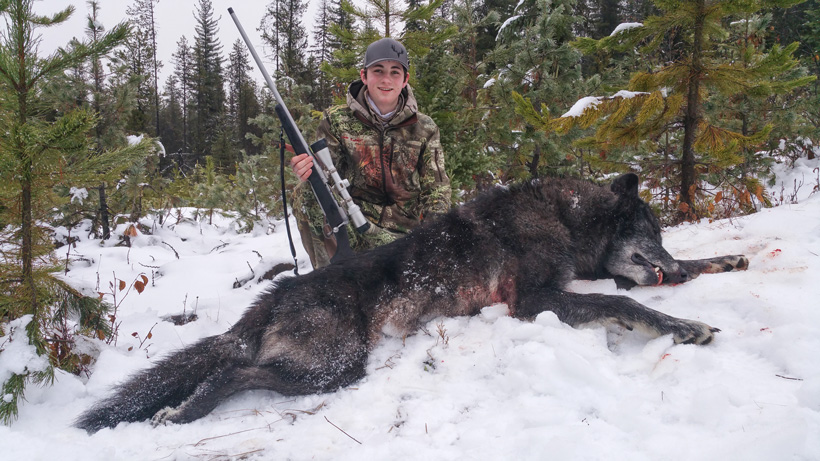 I walked down the rest of the clear­cut to the road at the bottom and met up with my dad. I started explaining how it happened and how the other two ran past me as close as they did. 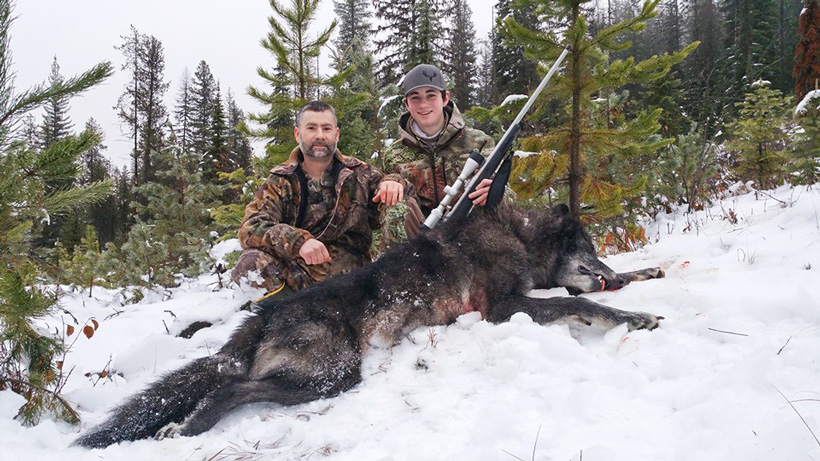 We snapped a few great photos and got in the truck. Then, we went to show a few good friends my wolf. On the way home, I went to the store and purchased another wolf tag. This is the best $19 dollars I'll ever spend!