What do horses and antelope have in common? 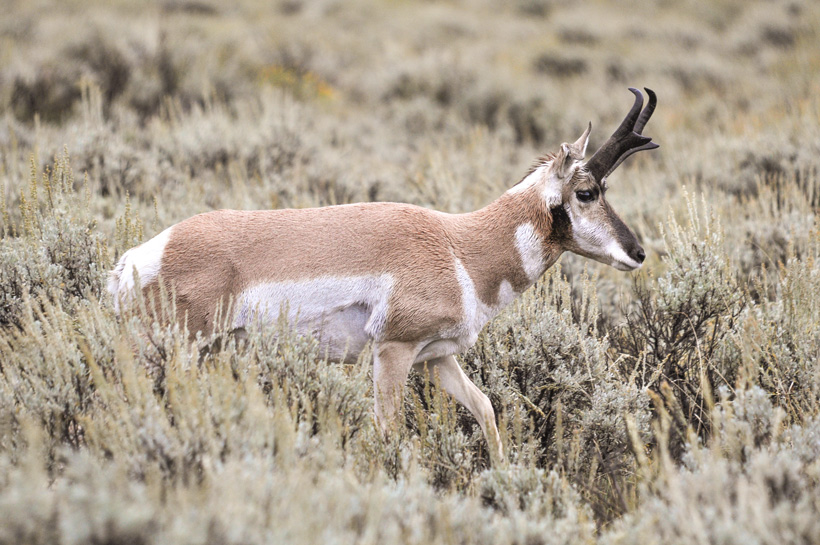 I crawled slowly toward a dozen nervous antelope, my eye on a 12” buck on the edge of the herd. Antelope are skittish by nature, sprinting to the next county at the slightest hint of danger. The rolling hills and prairie of eastern Montana offer little cover short of scruffy sage and the occasional depression from a dried up creek bed. I was as tense as the herd knowing a stray sound or a change of wind direction would immediately alert them to my presence, and they would be gone. Antelope, which are the fastest land animals in North America and second fastest in the world behind the African cheetah, depend upon their speed as their primary defense against predators. They can travel up to 55 miles per hour for a half-mile and 35 miles per hour for up to four miles.

I carefully inched my way toward a large rock. My husband and hunting mentor, Jack, crept up next to me. Once behind the rock, we carefully peered at the small herd now 60 yards away. The buck looked our direction.

“Better shoot!” whispered Jack, urgently. I took aim and squeezed the trigger. The buck dropped as the rest of the herd thundered toward the horizon at the same wild rate as the beat of my heart. We stood up and walked toward my prize, its musky smell reaching us well before we reached it. 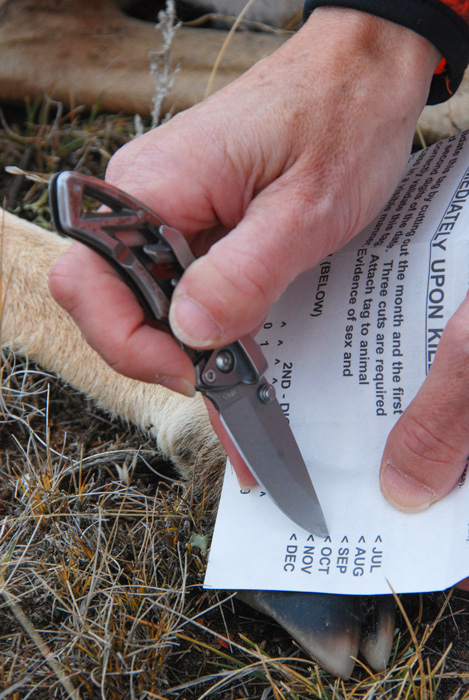 “How much do you think it weighs?” I asked Jack, feeling shaky but pleased as the adrenaline subsided. “About 120 pounds,” he replied. “It’s a nice buck.”

After snapping a few photos, I took a closer look at my antelope. From afar, these fleet-footed mammals look as if they have a smooth soft coat similar to a deer, but up close, their fur is like skinny hollow straws and their eyes seem oversized for their head. With a 320-degree field of vision, antelope rely heavily on their sense of sight for detecting predators — a fact I appreciated even more during my next antelope hunt. 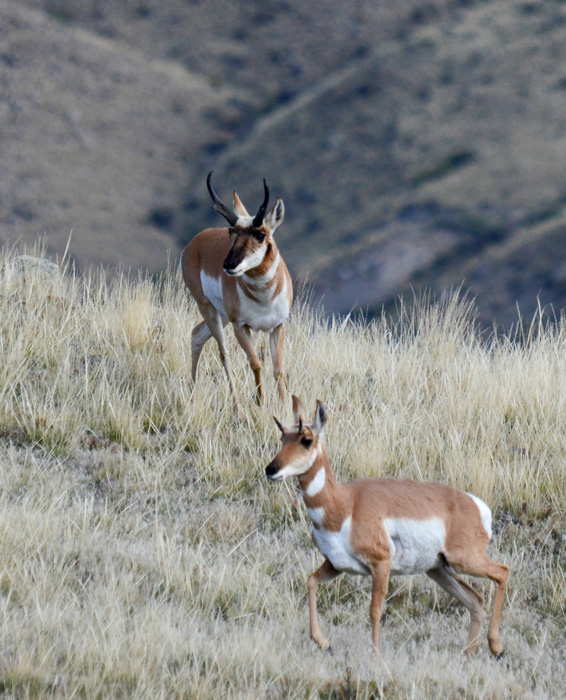 A year later, Jack and I returned to the same area. After scouting for an hour, we spotted a herd a half-mile away at the bottom of a gentle slope. It would be a long approach with little to hide us. Jack peered at the herd through his binoculars. “There’s at least one nice buck over there,” he declared. “We’ll need to stay low. Watch out for stickers.”

As if on cue, I immediately stuck my knee into a patch of prickly pear, the pervasive ground cover around the scraggly sage between us and the antelope. I sat up behind a bush and plucked a half-dozen needles from my acupunctured joint. Despite my best effort, it was impossible to avoid the acres of prickly pear that had profusely propagated across the route we needed to crawl. Two hours later, we had closed the gap between us and the antelope to 250 yards, but I felt perforated and much less enthusiastic about hunting antelope if it meant creeping through cactus.

Jack glassed the herd. “There’s eight of them,” he whispered. “Mostly does and fawns. The buck is on the left.” 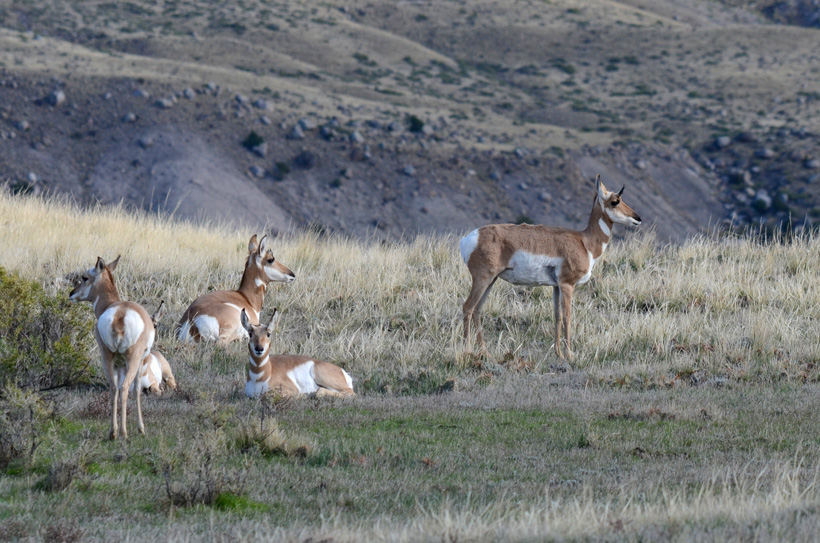 Though 250 yards is well within range for many hunters, I wanted to get closer. I resigned myself to a few more pricks as the price of feeling more confident about my shot, but as we resumed our careful crawl toward the herd, they got skittish and drifted a little further away. We patiently advanced on our bellies. Unfortunately, we seemed to be pushing the antelope away from us at the same rate. No matter how far we slithered forward, we never got closer.

As we groveled by a scrawny half-browsed, windswept patch of sage, Jack shimmied up to my ear. “This isn’t working,” he whispered. “Got any ideas?”

“They seem to sense something’s near, but they haven’t figured out what yet,” I said, stumped by our stalemate. Then I caught a gleam in Jack’s eye. “Antelope know man is a predator, but what if we pretend we’re something else?” he said. “I once read about two guys who successfully approached a herd of antelope posing as a horse. Want to try it?”

I peeked around the bush. One doe had moved away from the herd in our direction like an impatient sentinel, bounding here and there in a nervous, ditzy dance. The height of the sagebrush between us and the herd was about to become shorter with more space between each bush. As crazy as the horse idea sounded, it offered the same chance as continuing to crawl. My knees throbbed. Playing horse was more appealing than more puncture wounds. At worst, we would spook the herd.

On the count of three, we stood up, sort of. Jack was in front, with his head and legs forming the head and front legs of our feigned equine. He hunched forward slightly at his waist which I held tightly, my face next to the backside of his body. I bent 90-degrees at the waist, my legs posing as the back legs of the horse. 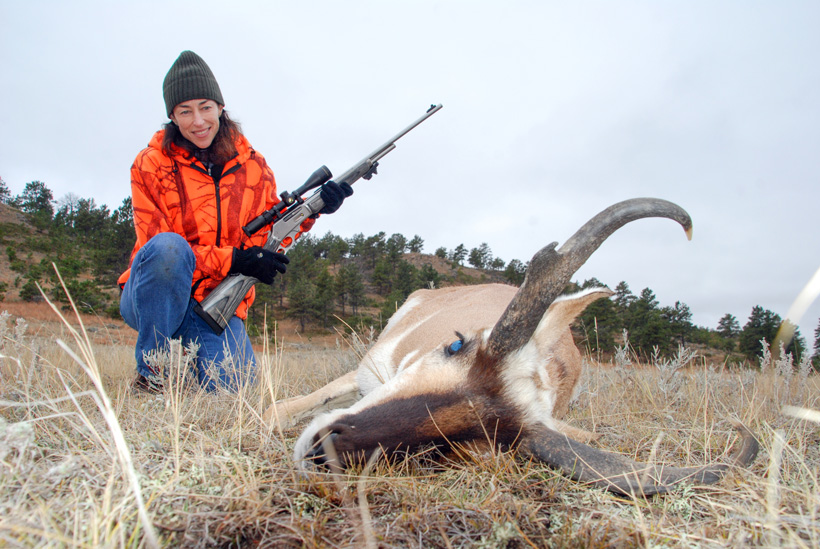 All eight antelope immediately became fully alert, but they did not run. Our horse scheme was working! We angled toward them, moving closer but not directly at them. Jack paused now and again, bending his head toward the ground, pretending to eat a patch of grass. One by one, each antelope settled back to grazing as well. One doe laid down. 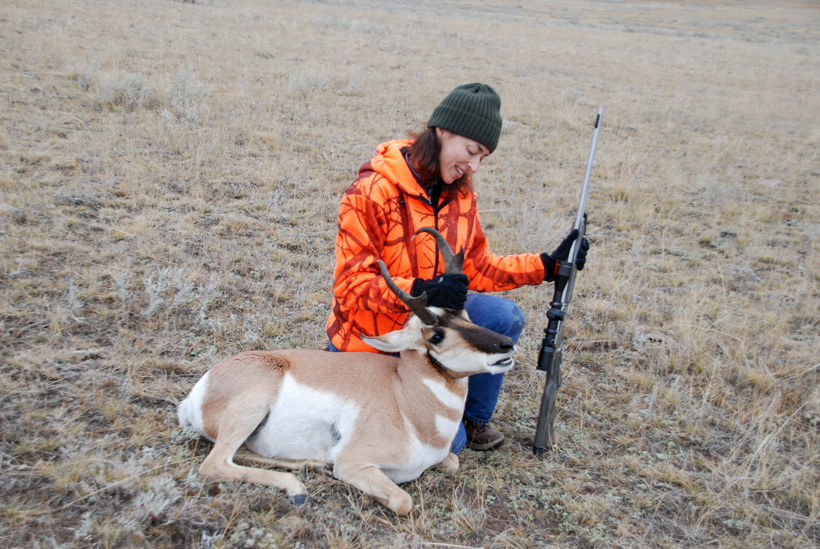 A few moments later I was able to take my shot. I had my antelope as well as a cramp in my side from laughing. 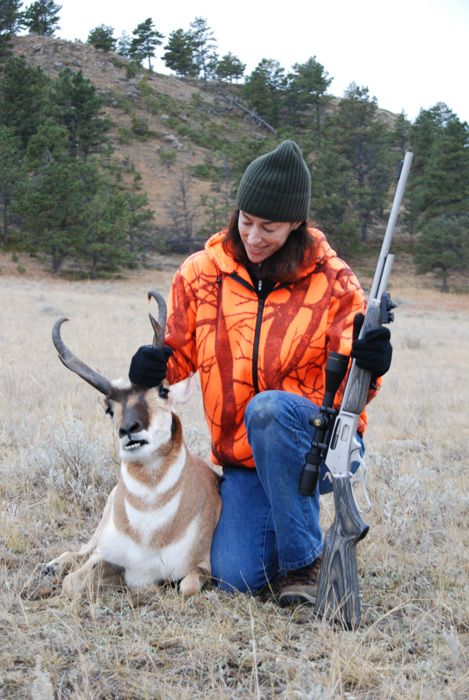 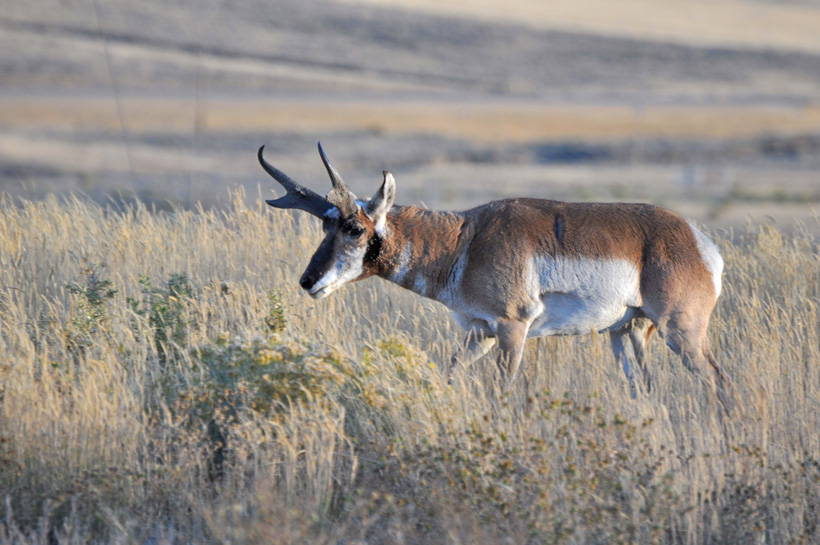 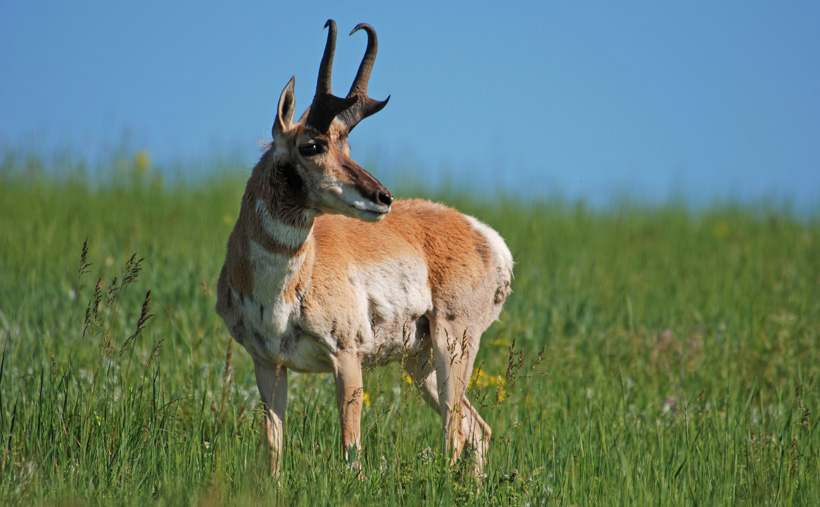