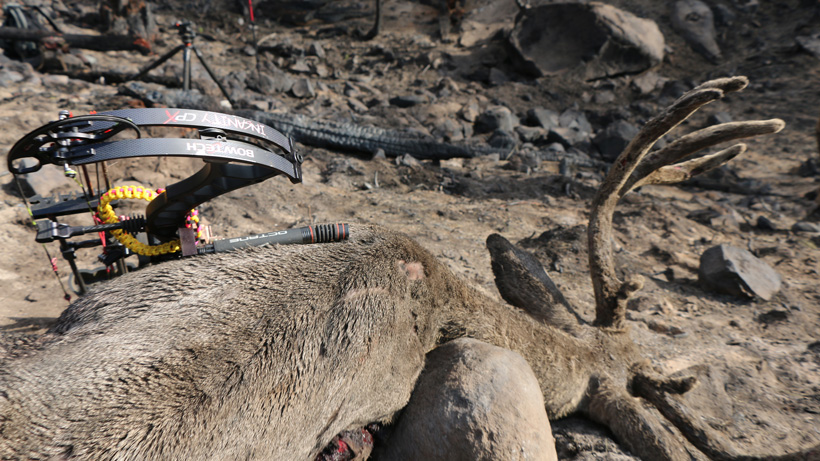 My father (Bob Kenner) and I were prepping for the archery mule deer season. It was July and we had made a couple scouting trips to the mountains of Idaho in search of some fresh velvet. We saw a lot of smaller bucks and even managed to find a couple nice mature bucks! With a month and a half left before hunting season, we were waiting with anticipation.

At this point, high-temperature records were being set across the entire Pacific Northwest. The summer had brought a major drought and the land was drier than ever. With fire warning levels at all-time highs, a couple of storm systems moved in, bringing lightning that sparked huge wildfires. Fires ignited everywhere. Washington was the first state to get hit; Idaho and Oregon were next. The fires didn’t stay in the mountains. Instead, they spread, threatening towns, killing livestock and burning homes. Firefighters would manage to get a handle on one fire just in time before another would start.

As we walked through the ash and dust it felt like we were on the moon. All the grass and brush was burned away and only charcoal-coated pine trees were left standing. At first glance, as we scanned across the landscape with binoculars, it appeared there was nothing left. No deer appeared to be anywhere.

Finally, after a few days of scouting around, we located two bucks: one on a ridge top and one in the bottom; however, it appeared that the deer had barely escaped the fire. The buck in the bottom of the canyon could hardly walk on his hind legs and looked extremely skinny—like he hadn’t eaten or drank in weeks. The other buck was bedded down and would repeatedly raise his right front leg and wince in pain; it appeared his shoulder was broken. It didn’t take long for us to decide that we needed to try to put our tags on those bucks.

Zach’s reflection of the hunt: 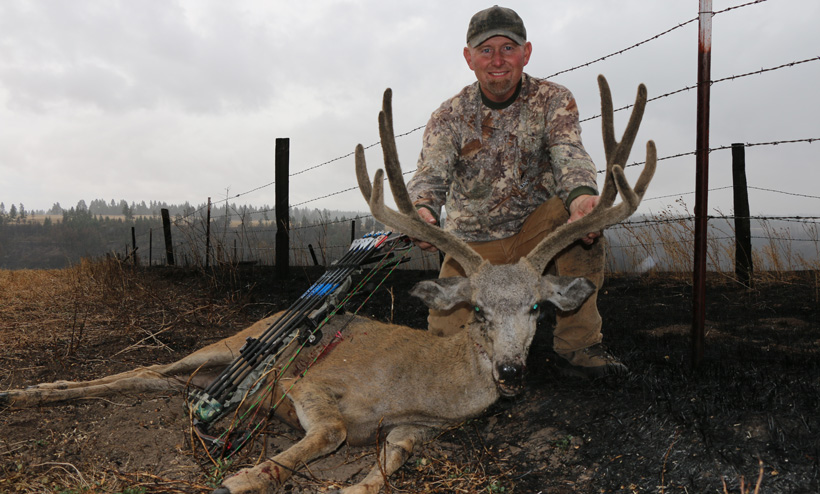 When we walked up on both of these bucks we felt extremely bad for them and what they had been through. The fire had left them in really bad shape. 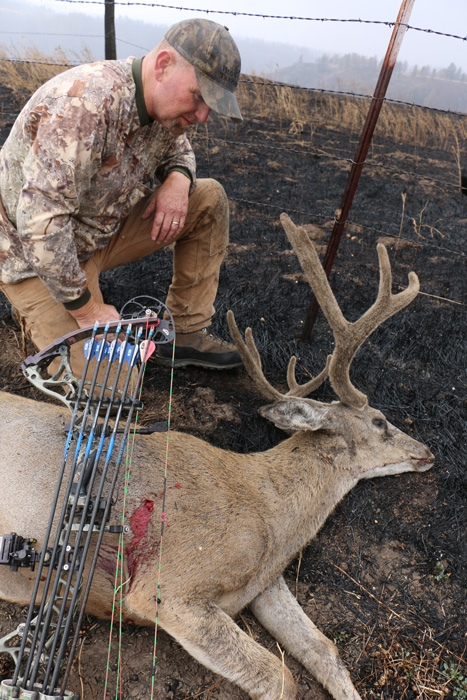 The hair on their bodies was singed from head to toe. Their ears were cooked and felt rock hard, like a pig's ear you would buy for your dog at the pet store. Dad’s buck had taken a huge blow to the face and definitely had a broken front leg. He probably acquired both injuries by jumping off of a cliff trying to escape the fire. 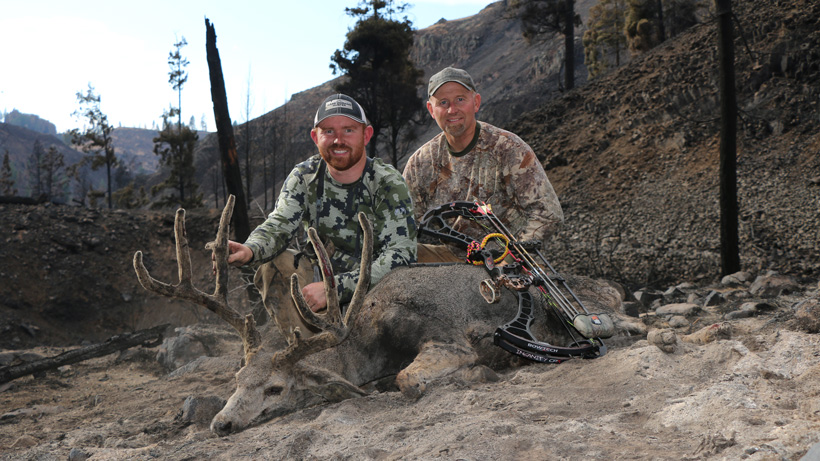 My deer had extremely swollen back legs and feet and was so thin you could count every rib. There was definitely a sense of sadness that Dad and I felt for the bucks, but also a sense of relief knowing they were no longer in pain. 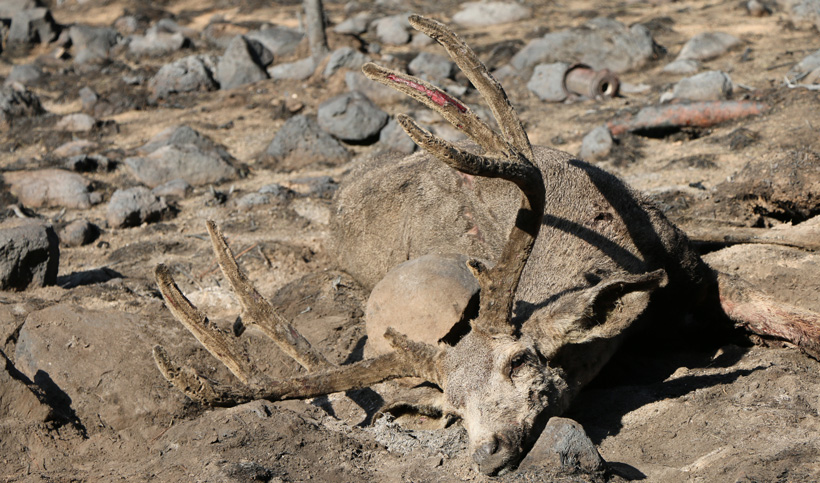 You can check out the great film for this hunt below:

Note from Brady Miller: This is a must-see film that showcases how much we as hunters care about the animals we pursue. Zach and his dad were faced with a tough situation, but they truly are, true conservationists.

You can see more of Zach’s articles and films at his website at HardWorkingHunter.com.