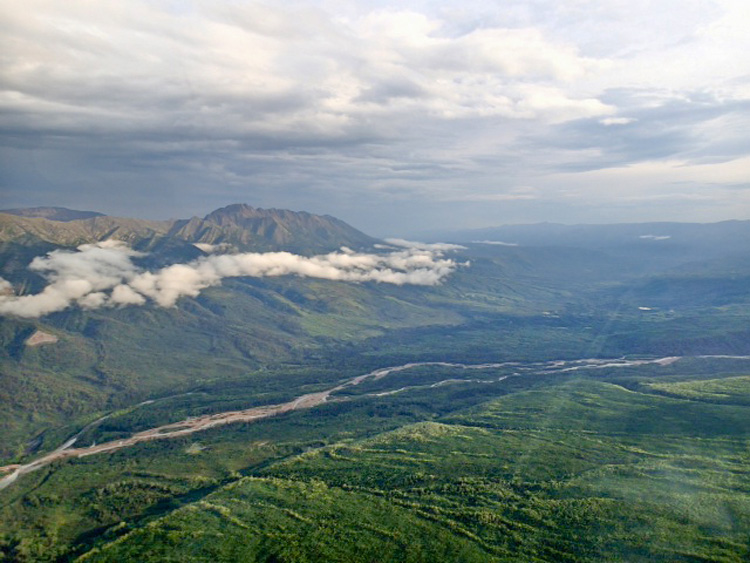 Sheep fever. I got it when my best friend drew a California bighorn sheep tag here in Oregon. To get ready, we spent the majority of the summer at Hart Mountain amongst the sheep.

The following year, I met Clay Lancaster of Nahanni Butte Outfitters at the Sheep Show in Reno. I was debating if I wanted to book a Dall sheep hunt, but after an hour with Clay, I decided to go for it and booked one with him. I spent the next 18 months planning, getting into “sheep shape,” and dreaming of sheep. 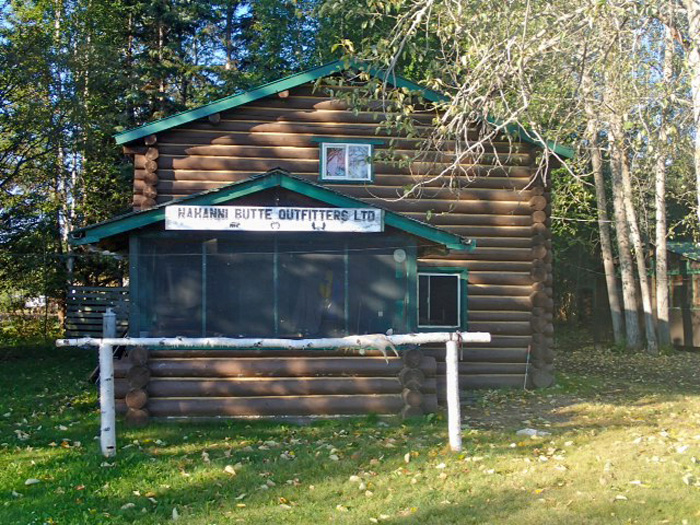 I arrived at the camp on August 7. Nahanni Butte Outfitters is a first class operation and the facilities are located in pristine wilderness. It is a family business and I was pleased to share time with Clay and Jim Lancaster and their families. The guides quickly became friends. 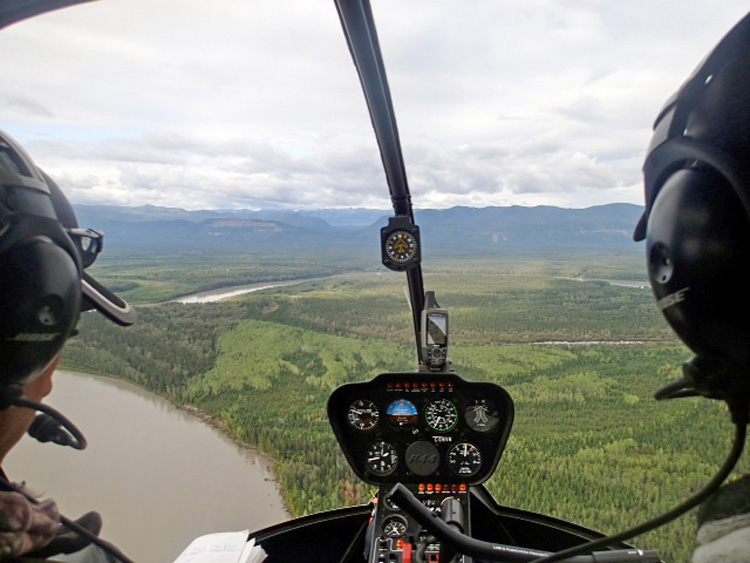 The helicopter ride from base camp to hunting camp illustrates the vastness of this part of the world. It is definitely a remote wilderness. 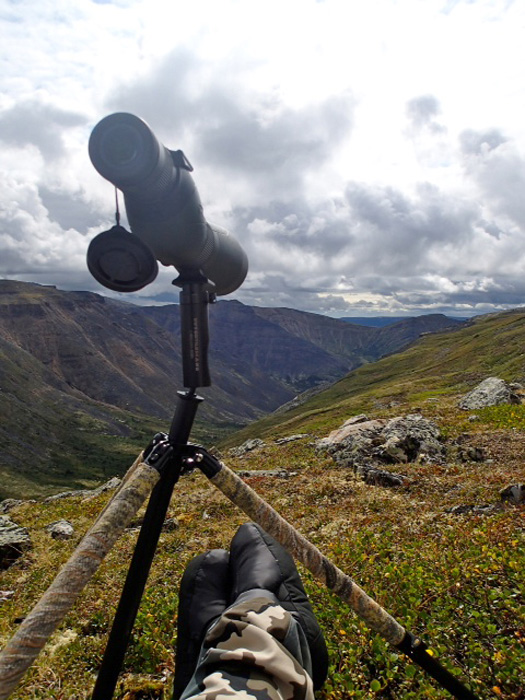 We were dropped off mid-afternoon, set up camp, and began the wait until we could hunt sheep the next day. 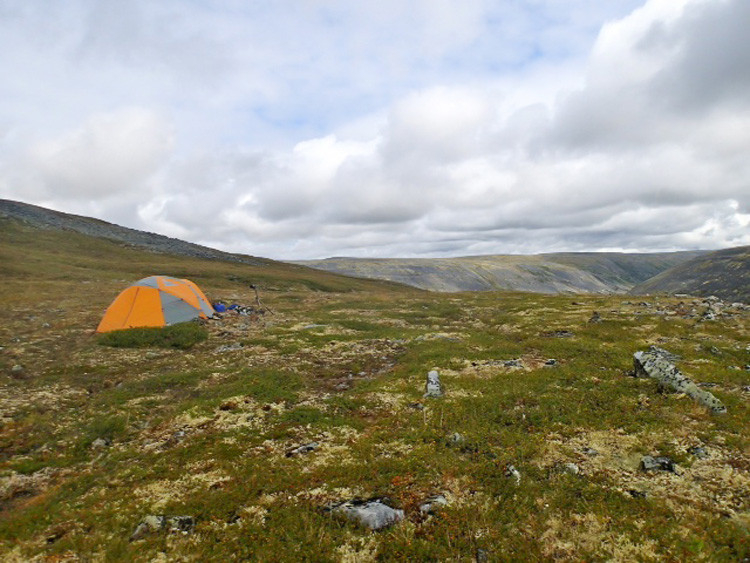 In an area this remote, mornings find the guides unzipping the tent to check what is outside before emerging. Sheep can be anywhere and this morning proved it. The ram, which my guide Jeff Baher knew was already in this area, was standing across the canyon from our tent: white on a green hillside. His horns were long and flared wide from his head. 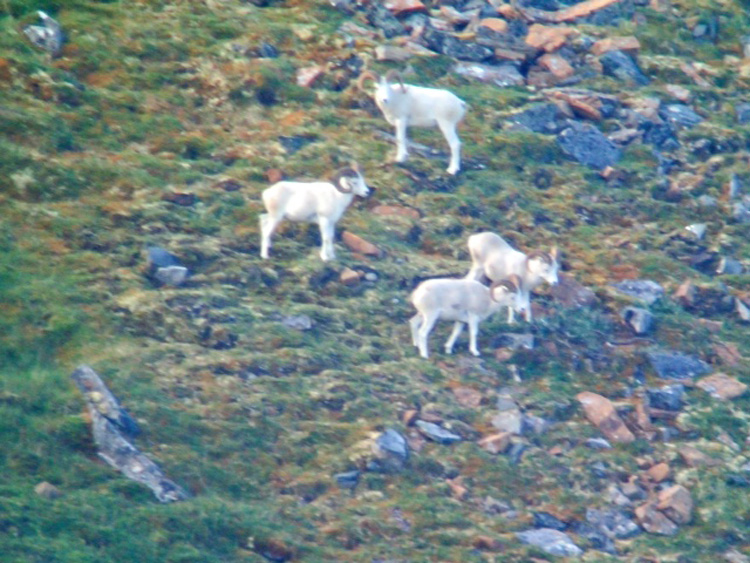 Above the ram, a pile of scree broke loose, rocks tumbled, and the mountainside exploded with sheep. We were already watching dozens of sheep before we had put on our boots! Next, a group of rams came over a small rise. When I put my spotting scope on this group, I remarked how heavy one ram appeared. However, when he turned, he was badly broken on his left side. I told Jeff that it was too bad that he was so broken that far back. Jeff knew the animal well and remarked, “That ram has character.” 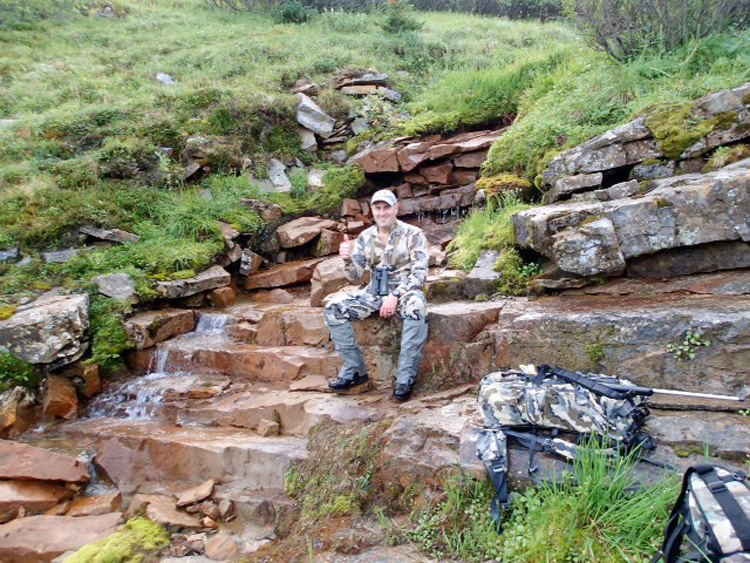 We laced up our boots, ate a quick breakfast, and continued to watch the sheep on the hillside opposite our camp. We decided to hike in the opposite direction to see what else may be in the area. For three days, we glassed rams in groups of three to 15. Every valley in this area of the Mackenzie Mountains held white sheep. Although we were seeing plenty of good rams, none were longer or heavier than the old broken ram we saw on day one. 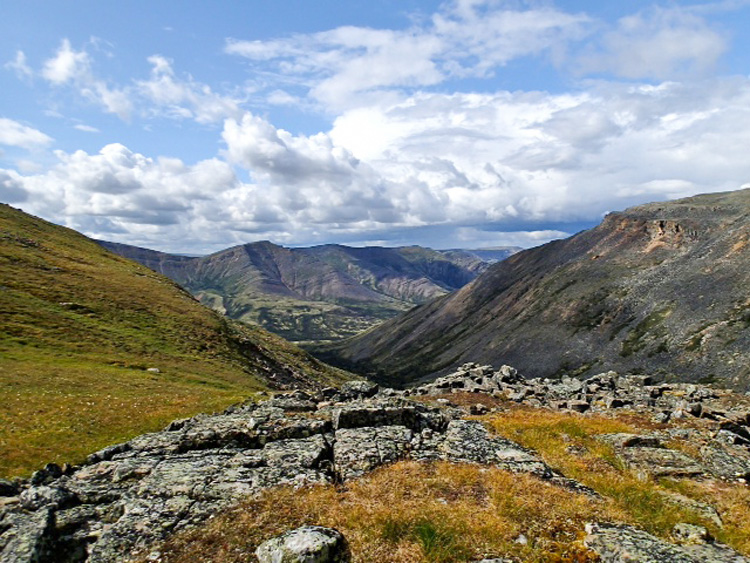 We continued our exploration of the area. Very late into the fourth day we found a band of sheep with a ram that appeared to push that magic 40” mark: wide and twisty. That night, it was difficult to sleep despite weary legs. 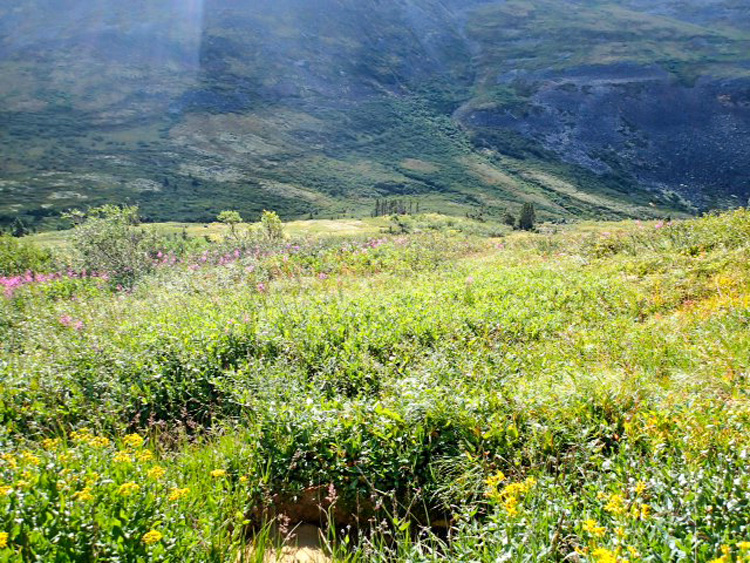 The following day, we again located that ram, and moved to get into a better position to glass him. When we made it to high ground, the band he was with fell into the same field of view of my spotting scope as the band that contained the broken ram from day one. After an hour of glassing these sheep, I was convinced that the character of the broken ram was what I wanted. He was bigger in the body than any sheep on the mountain. He had a pot belly and withered hips. Jeff and I made our move. We started down, then up, covering open tundra and thick brush. We crossed creeks full of crystal clear water until we came to a boulder field just below the sheep. We set up and watched the sheep that were now bedded above. At this distance, we could tell the ram was old and beat up. He had scars on his face and his left ear looked like it had been almost torn off. We aged him at 11 1/2 years. 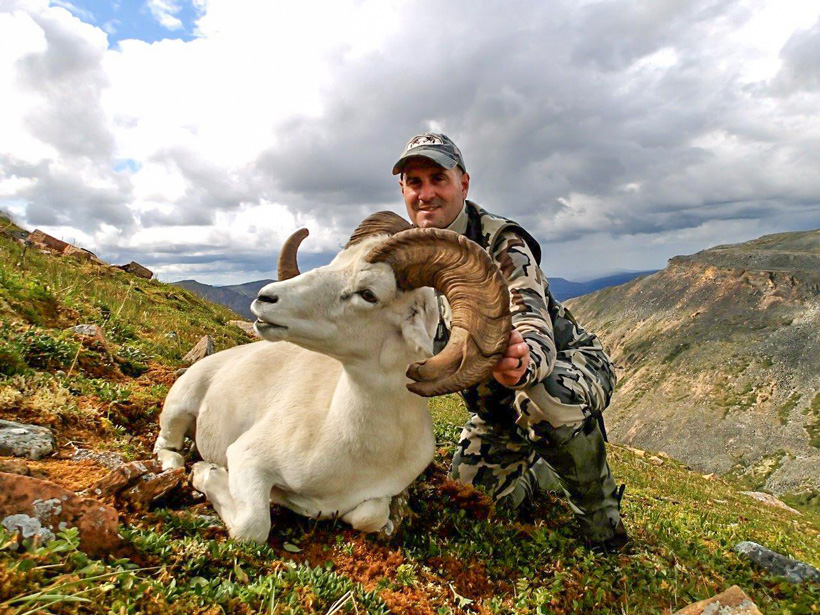 I sat shakily in the rocks watching the old ram that finally rose to feed. I steadied the Christensen Arms .270 WSM and aimed behind his shoulder. I took one shot at 374 yards and he was down. It was humbling to walk up on this ram. 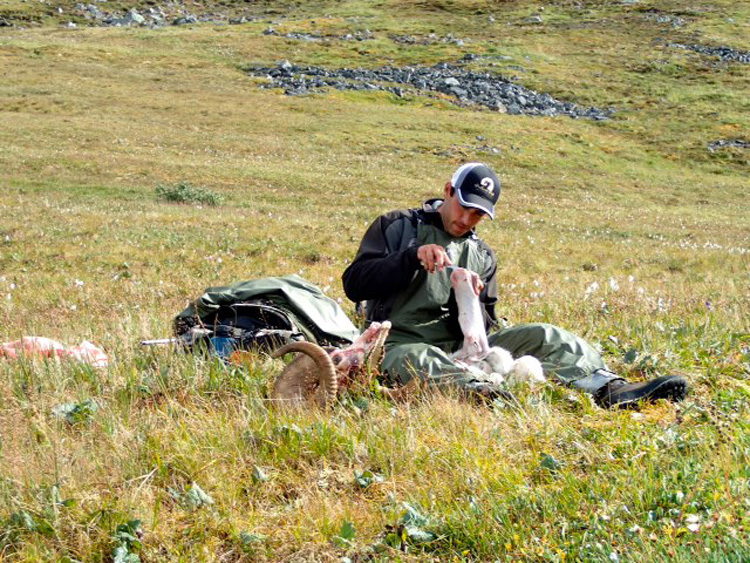 He was everything I was looking for in the Northwest Territories — both beauty and beast. He was 39-⅞” on his long side with 14-⅜” bases. 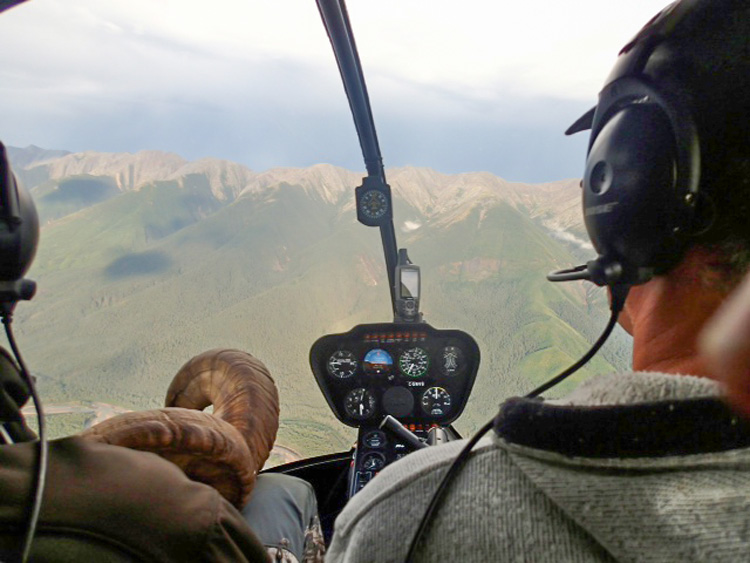 I look at my ram every day in my den and relive that hunt. I am heading back to Nahanni Butte in July to hunt with the Lancasters and their outstanding guides again. These are the kind of people I want to hunt with in a place that is a sheep paradise.