Persistence proves to be the best tactic for elk

“Get a babysitter, a camera, and a backpack!” That was the message I received as my son and I were heading out the door to go fishing that Saturday morning in September. My wife, Kim Mills, has been solo bowhunting for many years in Idaho. Like most of us in the valley, we visited this beautiful part of Idaho once and decided to make it our home. Kim grew up back east bowhunting with her father for deer and fly fishing with her grandfather in the trout streams. After college the pull of the West was too strong so she loaded up her horse trailer and fired up the old diesel flatbed to see what kind of life she could carve out. 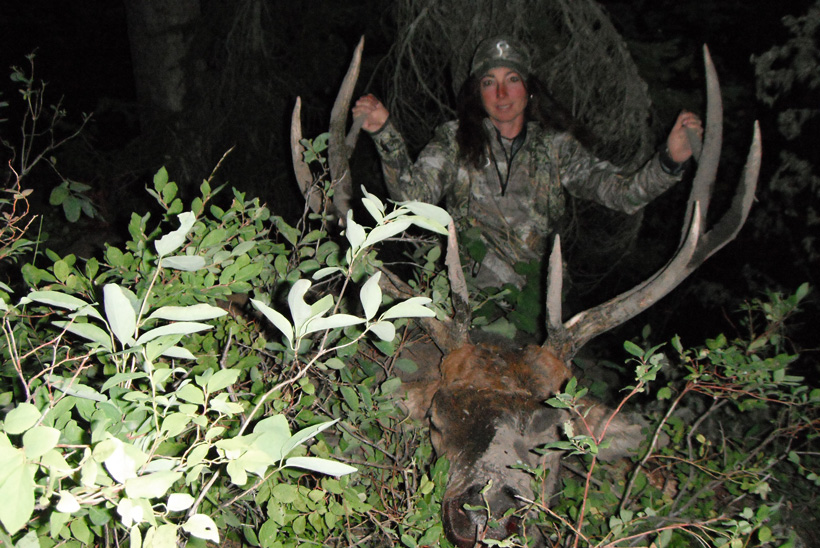 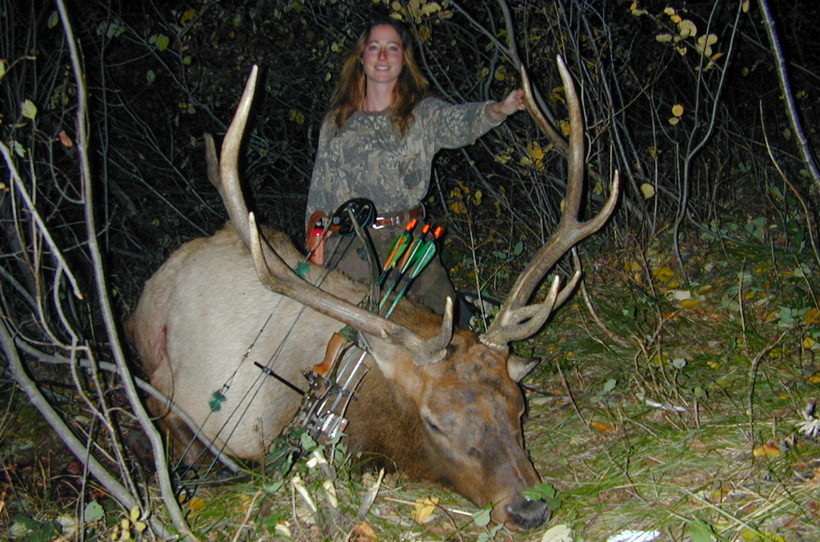 Fast forward through numerous life experiences, both good and bad, and she ended up in Idaho. Kim’s motto of “patience kills” put many bull elk on the ground at the surprise of many of the local hard core bowhunters. It took some time, with her even going to a couple of different taxidermists to find one that wouldn’t say, “Nice bull lady, who shot it for ya?”. 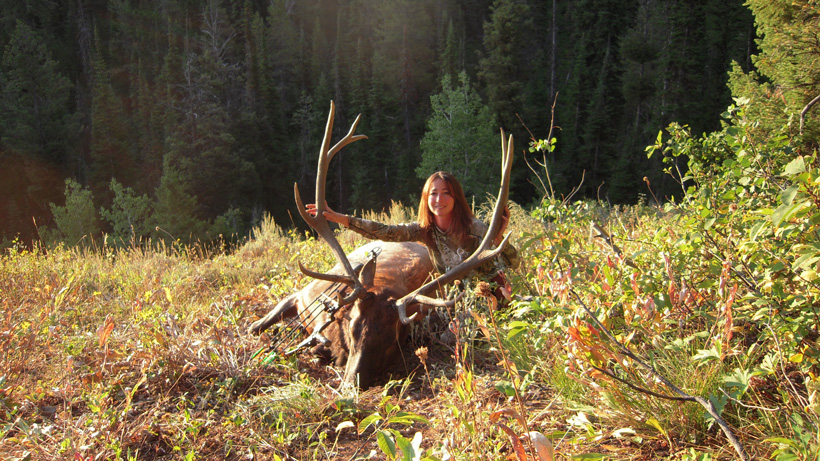 There were seasons where she would spend weeks by herself on the mountain, sitting in the same place waiting for one opportunity. Some years it would happen, other years, there would be an empty freezer.

Our son was born in 2012, which put bowhunting elk on the back burner for a while. Slowly, after a couple of years, she was able to get back on the mountain. These were mostly day hunts, but at least she was chasing bulls.

The first two years back were tough, but last September made up for it. I was able to take some time off from work to allow Kim to hunt in September. The weather was hot and not many people were connecting. With so much country to hunt it was hard for her to decide where to go that morning. The spot that had produced in the past had been dry the last couple of years, but it had always been so good to her. The decision was made and out the door she went, way before daylight. I brewed some coffee and waited for our son to get up so we could hit the river. At about 9:30 a.m., I received a text from our InReach telling me to "get a babysitter, a camera, and a backpack!"

I put everything together and met Kim at the trailhead where I saw her smile long before anything else as I drove up. We loaded up and started our trek up the mountain to get her elk.

On the way, she described how she heard a couple of bugles and made a soft cow call or two and everything went quiet. Worried that she had just blown everything out of the canyon she decided to sit still and see what would happen. The next thing she heard was a twig snap behind her at 50 yards. Soon she saw antlers and started positioning to shoot. After what seemed like forever he made his final step into the opening at 12 yards and stopped. Months of practice paid off and the shot went through the left side behind the shoulder, exiting the lower neck area on the right side. The bull ran and she heard a crash almost immediately. Not wanting to take a chance of pushing him, she quietly left and started for the ridge. 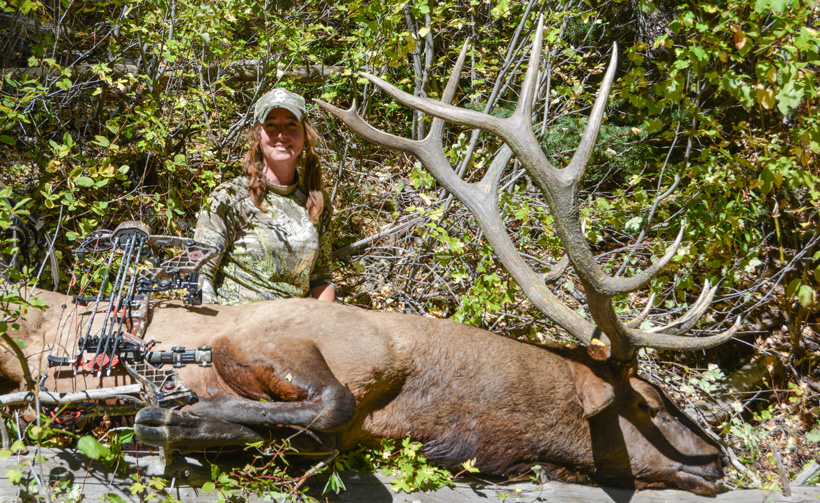 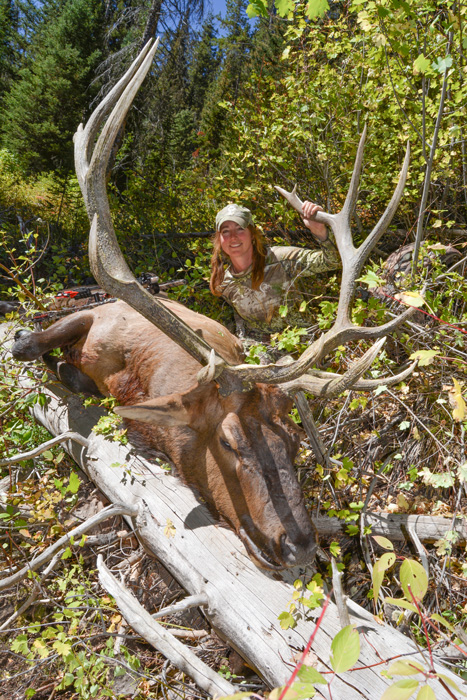 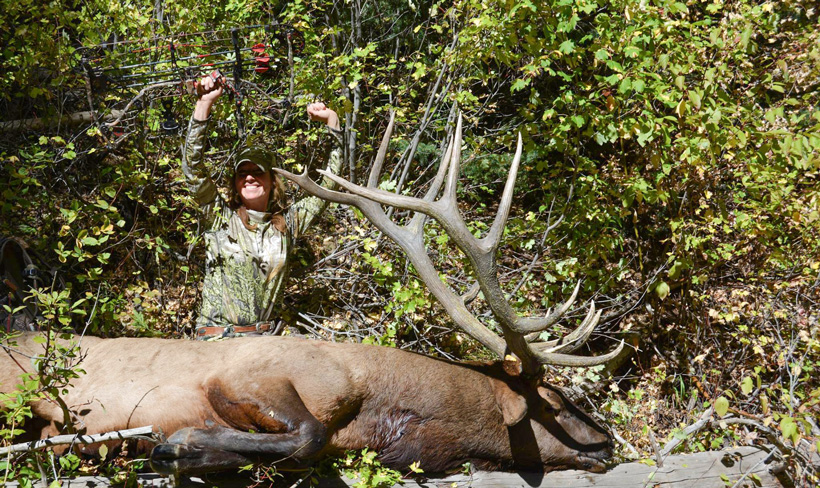 As we approached to find her bull, Kim still didn’t know how big the antlers were. She said that she just focused behind the shoulder and that was that. It didn’t take long to find him; he must have died right away as he had only traveled about 30 yards. It’s hard to describe the emotions as we walked up to him together. This was a bull that she earned and definitely deserved. 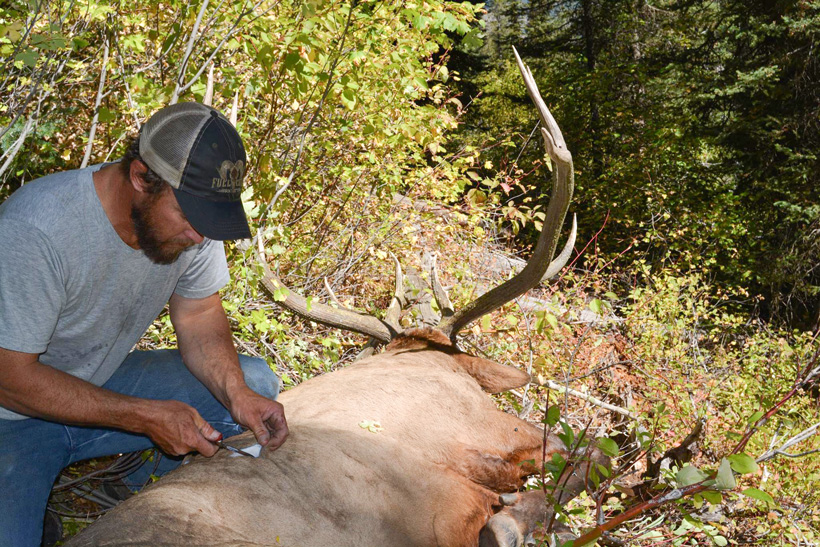 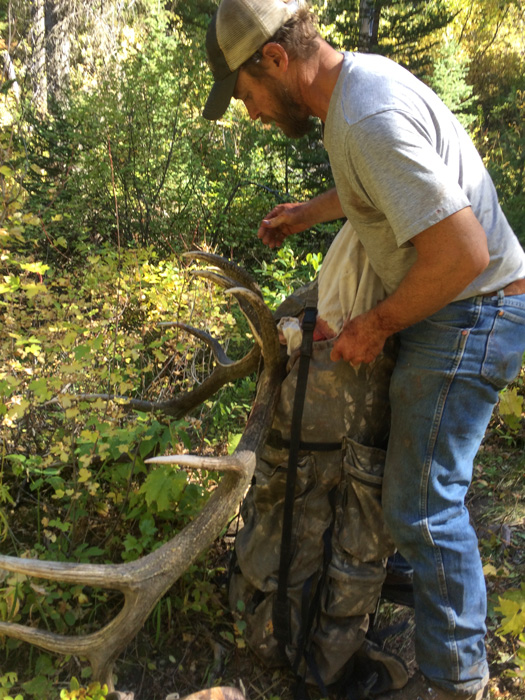 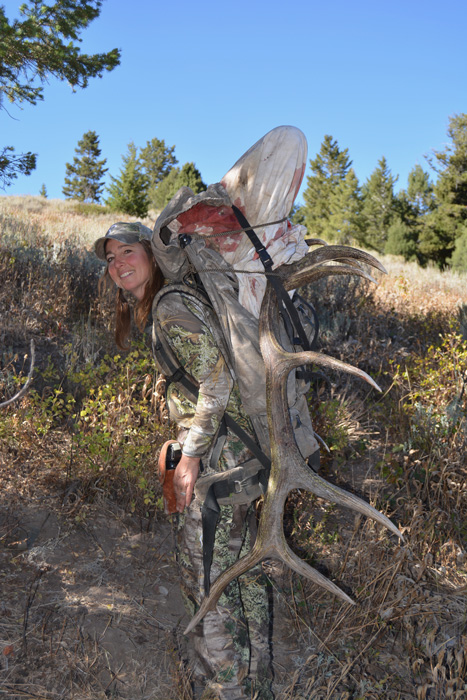 Hugs, smiles, and laughter were in full force as we started preparing the elk to pack out. 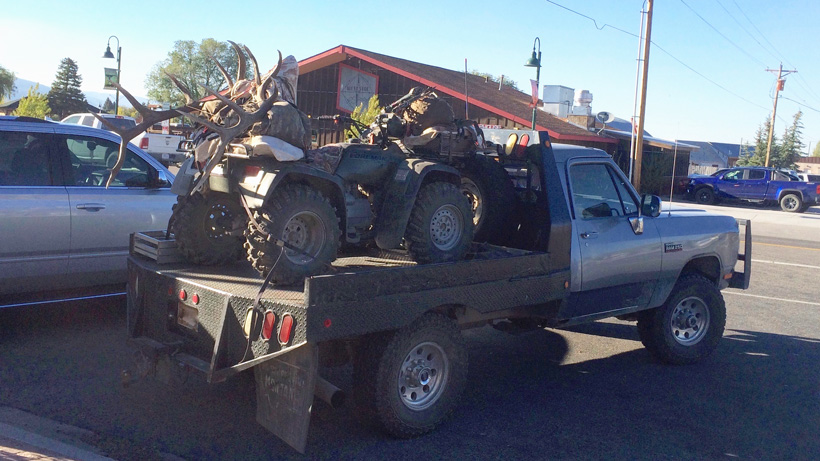 After an exhausting full day of hauling meat and antlers to the trailhead, that same old diesel flatbed brought us home.

Jay Myers runs River’s Edge Taxidermy and Kim Mills owns and operates Chinker Chicks log home chinking. They are grateful for the many outdoor opportunities that they will be able to pass along to their son, Dillon.