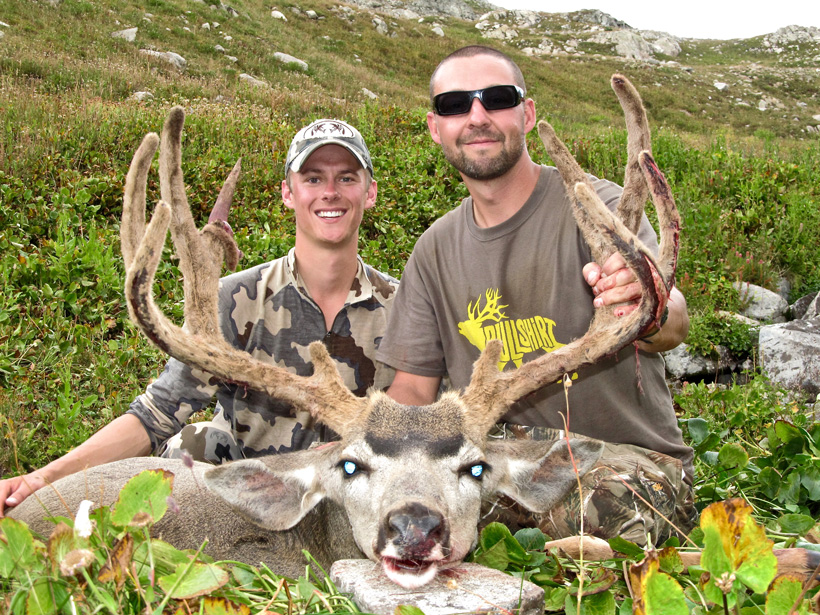 Opening day of the 2013, Kyle was able to take this mature Colorado mule deer. After securing a tag for 2015, I knew I'd have my chance at redemption on high country velvet bucks. 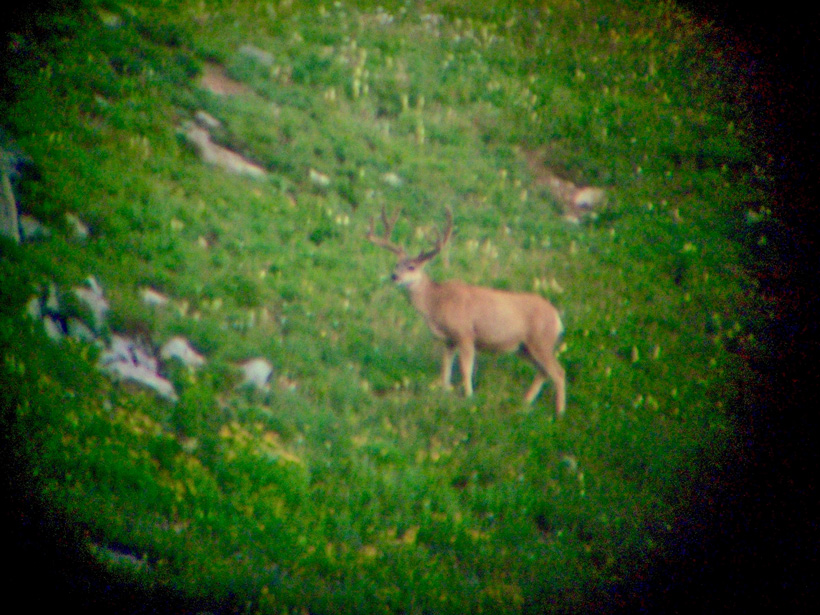 Unfortunately, due to graduate school obligations, I was unable to do any preseason scouting. Luckily, my hunting partner back in Colorado was able to locate a few bucks during the summer months that showed some potential. 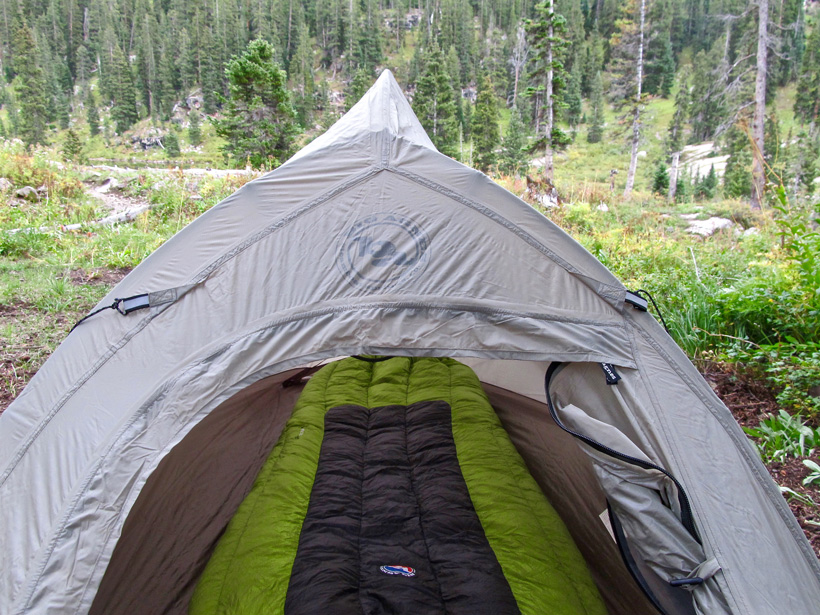 After a 10-hour drive followed by a four-hour hike into the Colorado wilderness, camp was finally set up. 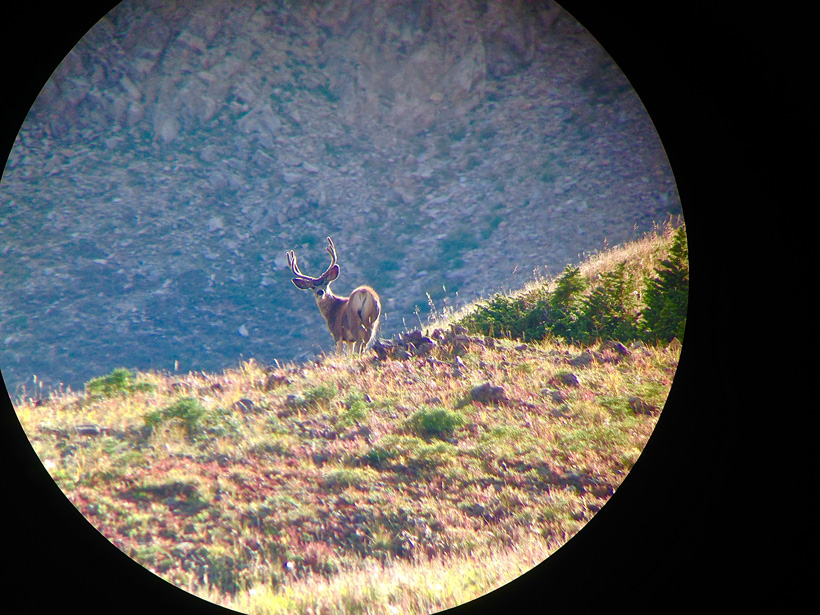 One of the bucks that we passed while hunting above timberline. He still needs a few more years. 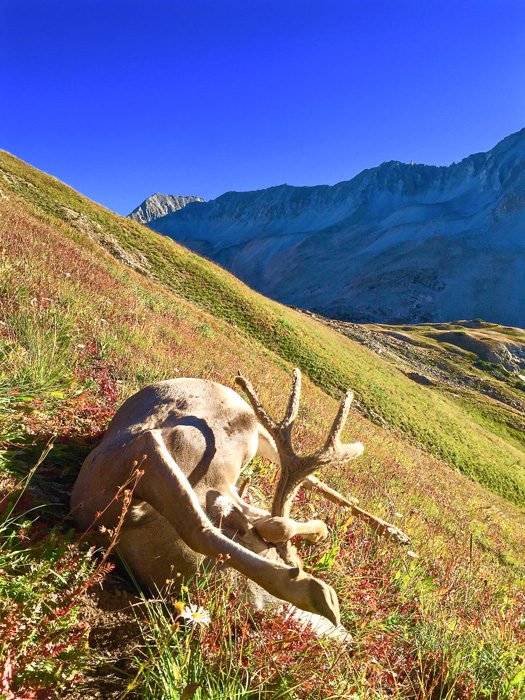 Opening morning, we made an aggressive move and placed ourselves within 700 yards of where we knew the bucks would be at first light. With blaze orange visible on the far ridgeline, I made a bold move and slowly moved across the open basin as the bachelor group of bucks watched the muzzleloader hunters to the south. 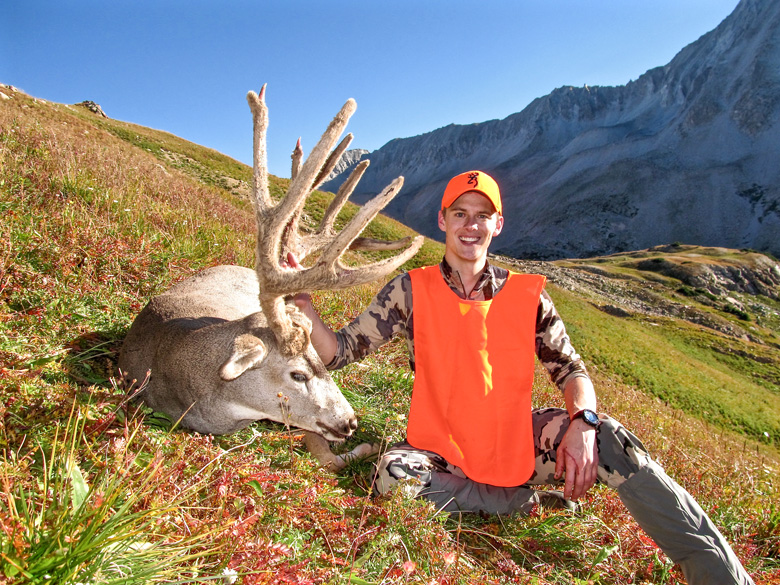 As I crested the ridge, the image of velvet tines were less than 200 yards away. I belly crawled the last five yards before the one doe in the group busted me. I settled my crosshairs in the early morning light and waited for the perfect broadside shot. 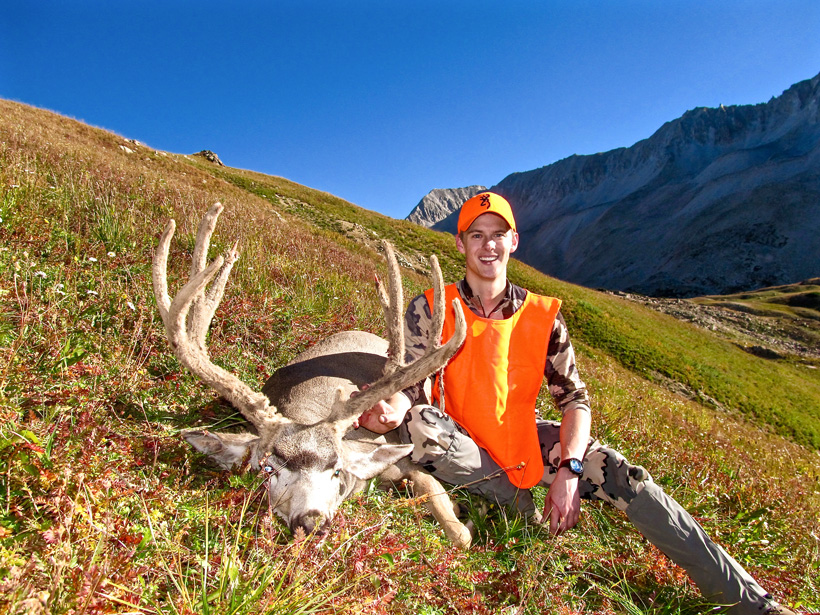 With a light squeeze of the trigger, my 2015 high country mule deer hunt was over. After months of preparation, shooting at the range, and hours of fine-tuning gear, my hunt was over opening morning. 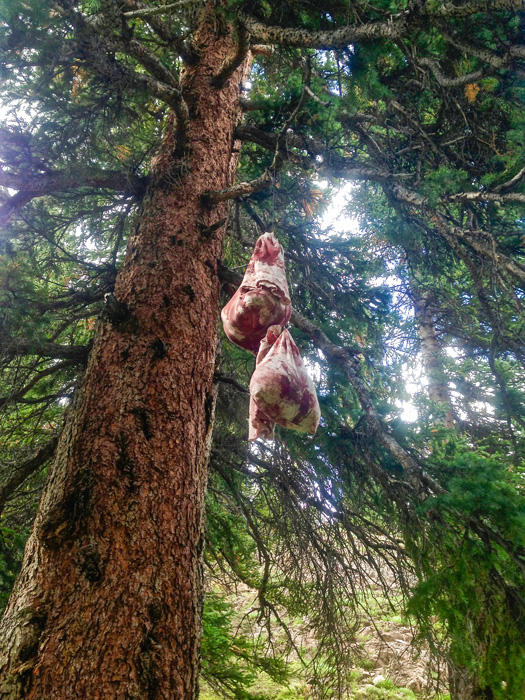 With daytime highs still in the mid 70s, we hung my deer meat in the dark timber with plans to pack him out first thing Sunday morning. 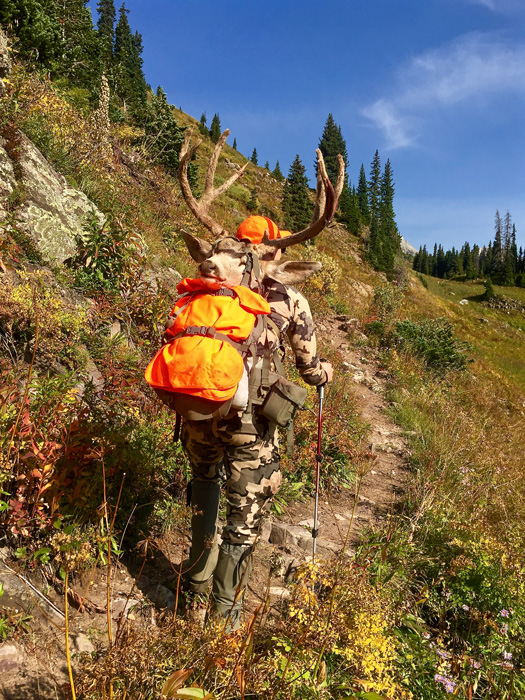 Since Kyle still had a valid tag, I decided to pack my buck out solo to allow Kyle to continue to hunt. It took all Sunday to pack out my buck to the nearest meat locker. On Monday morning, I packed back into camp and spent the evening glassing from camp. 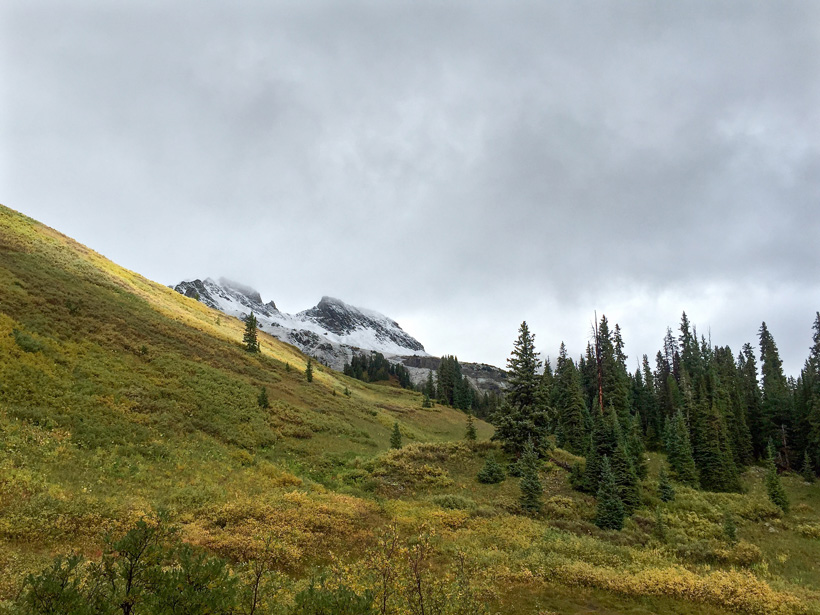 The morning of day four brought wind, rain, snow, sleet and hail, but with big bucks in the area we knew we needed to be out hunting. 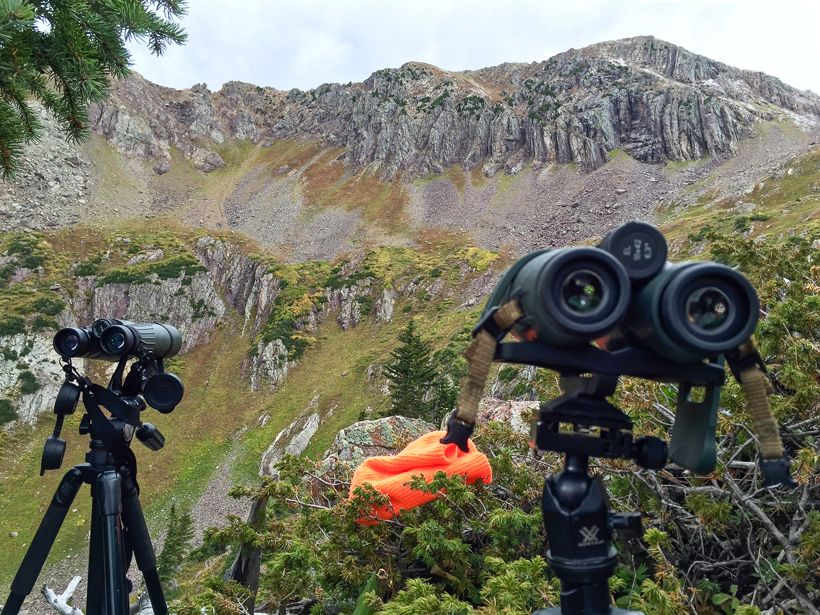 This is one of the basins we glassed during our four-day hunt that held bucks; steep doesn’t even come close to describing this country. 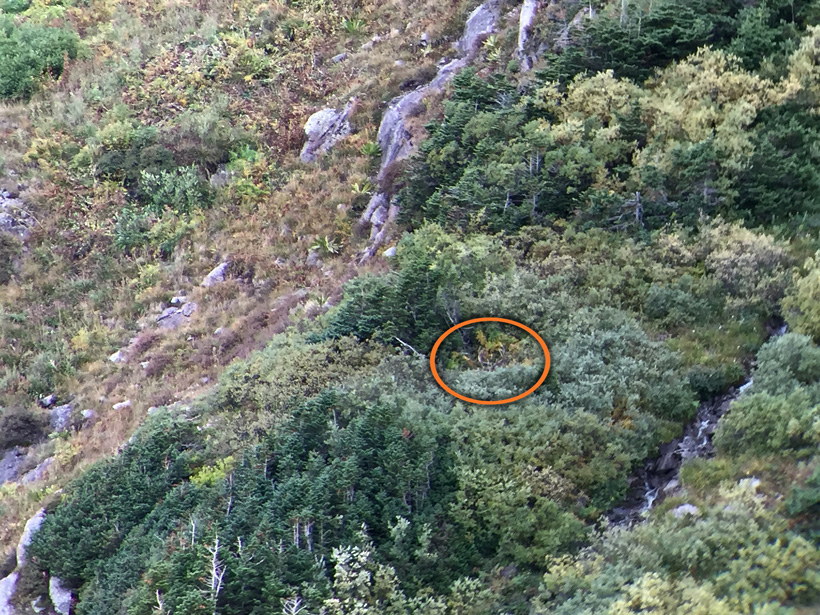 Kyle glassed this buck in his bed during the snowstorm on day four. While I stayed and gave hand signals, Kyle was able to sneak into 90 yards. One shot later with his trusty .50-caliber muzzleloader and this giant Colorado 3-point was laid to rest. 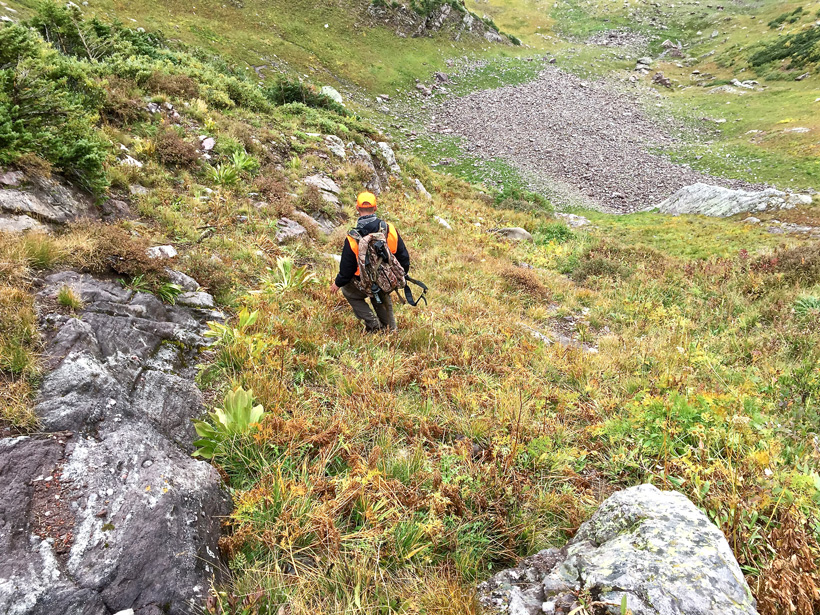 Navigating the cliff bands and descending on this fallen mountain monarch was no easy task in the wet and icy conditions. 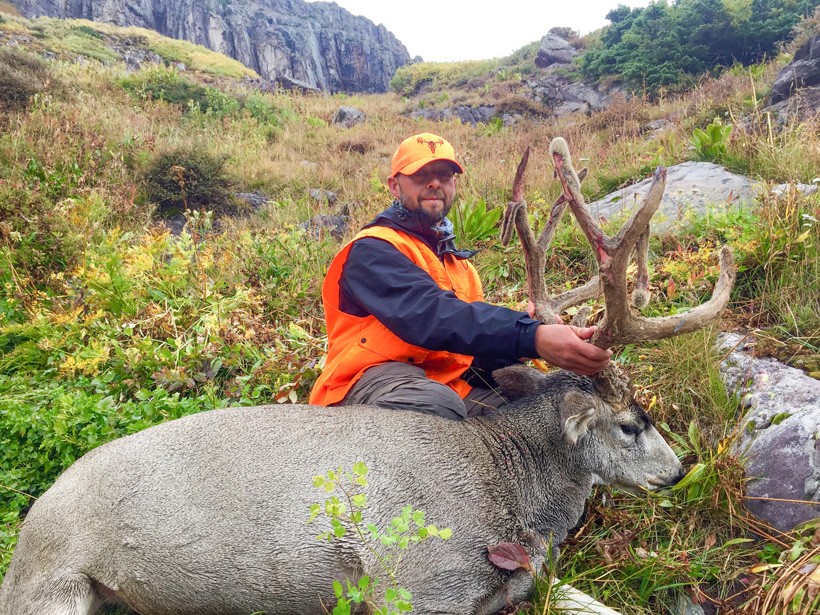 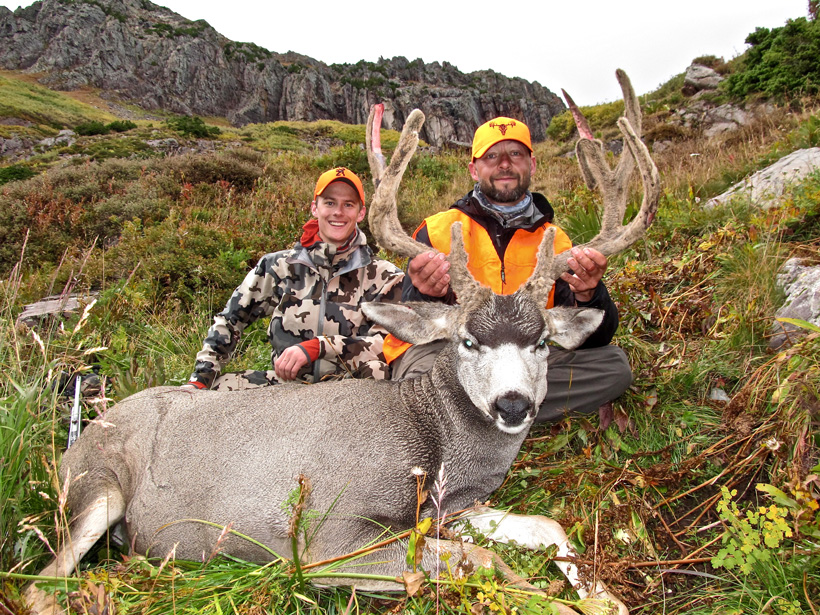 After being mentally prepared to spend nine days in the wilderness, being done on day four was a pleasant surprise. It’s always hard leaving a hunt early but when you’ve filled two tags, both on mature deer, it’s a whole lot easier. Our 2015 Colorado mule deer hunt is one for the books, having packed out over 320” of antler from the Colorado backcountry.

You can check out the video of Kyle's buck below: